This article will expand on currently the most popular wireless vehicle for mesh networks: Wi-Fi.

The Wi-Fi mesh networks are transforming home connectivity by providing users with a new level of control over connected devices. A radio mesh network that allows smart home users to make smart and informed decisions comprises an infrastructure of wirelessly connected nodes.

A wireless mesh network constitutes three major components: gateway, repeater and endpoint. A gateway serves as a backhaul for linking the local mesh network in which endpoints are end devices that cannot route messages for other devices. Instead, repeaters, a.k.a. routers, forward messages to end devices like set-top boxes (STBs).

Figure 1: The Wi-Fi 6 era is converging with mesh network designs to take smart homes to the next level of commercial realization. Image: Celeno

The article will expand on currently the most popular wireless vehicle for mesh networks: Wi-Fi. The Wi-Fi mesh, also known as the distributed Wi-Fi network, uses multiple routers to spread Wi-Fi signals throughout the home. According to KBV Research, the market for Wi-Fi mesh networks is expected to reach $8.9 billion by 2023.

The final part of this article will also delve into how Bluetooth networks can work tandem with Wi-Fi mesh networks to complement the overall smart home connectivity.

The mesh deployment of multiple access points or extenders with different speed and range attributes brings unique engineering challenges. For example, demand patterns and distances between the mesh nodes across the home are highly unpredictable.

That, in turn, calls for a self-healing network architecture instead of a rigid hardware configuration that is not optimized for all scenarios. Celeno claims that its mesh nodes, based on the CL8000 family of chips, can be deployed with a default 2x2 configuration on each band.

The ElasticMIMO™ architecture in CL8000 chips, controlled by a self-learning software, can optimize the network performance by readjusting the MIMO configuration from 1x1 on the 2.4 GHz band to 3x3 on the 5 GHz band and vice versa. 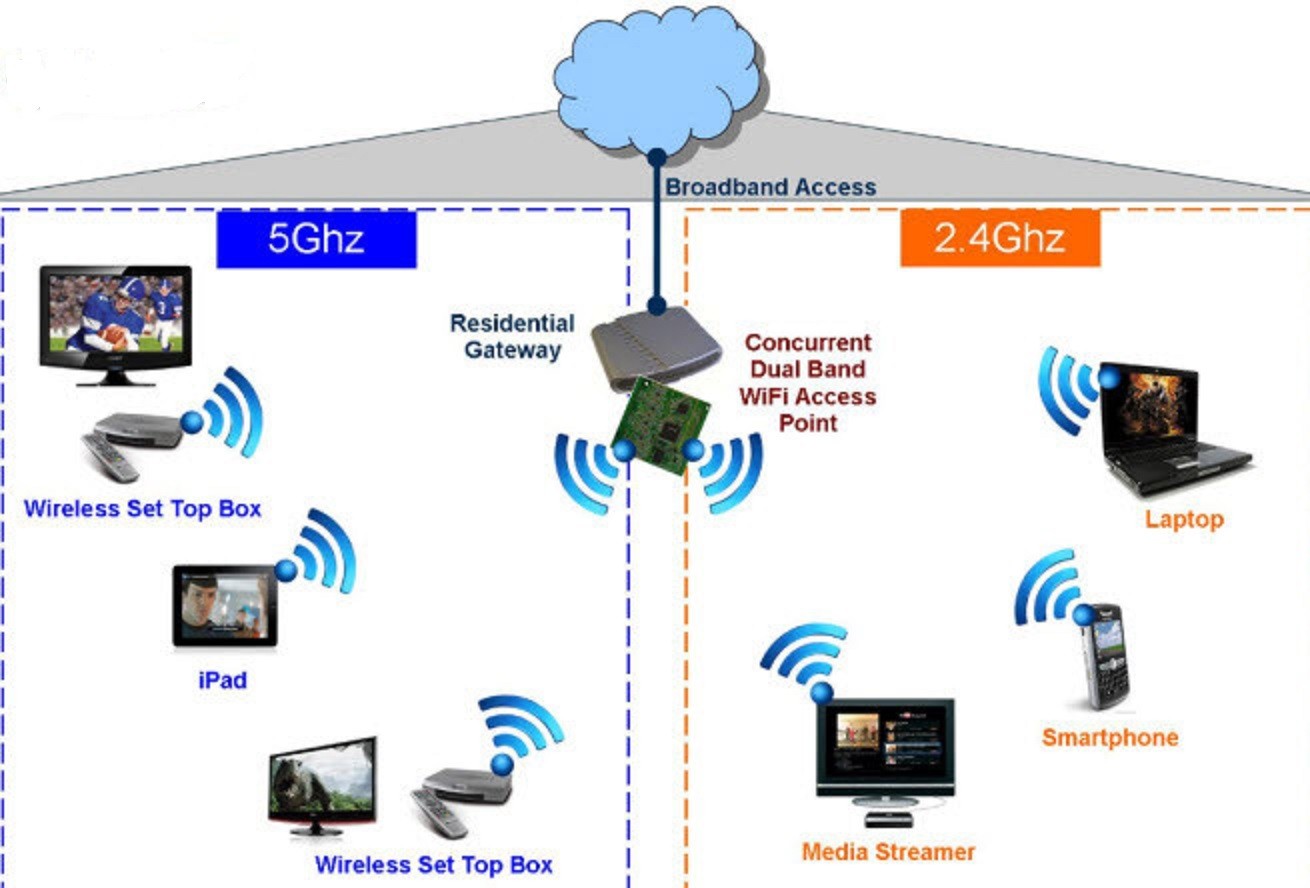 Figure 2: An elastic hardware architecture can efficiently arbitrate between the 2.4 GHz and 5 GHz bands that have different range and speed characteristics. Image: Celeno

Celeno’s CL8000 family of Wi-Fi 6 chips deliver two Wi-Fi 6 dual-band transceivers in a compact 11 mm by 11 mm package. The ElasticMIMO architecture in these chips arbitrates in real time the allocation of up to eight radio chains and multiple-input multiple-output (MIMO) streams between the two transceivers for optimized range and throughput.

Comtrend, for instance, is incorporating the CL8000 chips in its Wi-Fi 6 home gateways and mesh node solution. It’s worth mentioning here that Wi-Fi 6, also known as 802.11ax, is the new version scheduled for release in 2019.

Profile of a Wi-Fi Mesh Platform 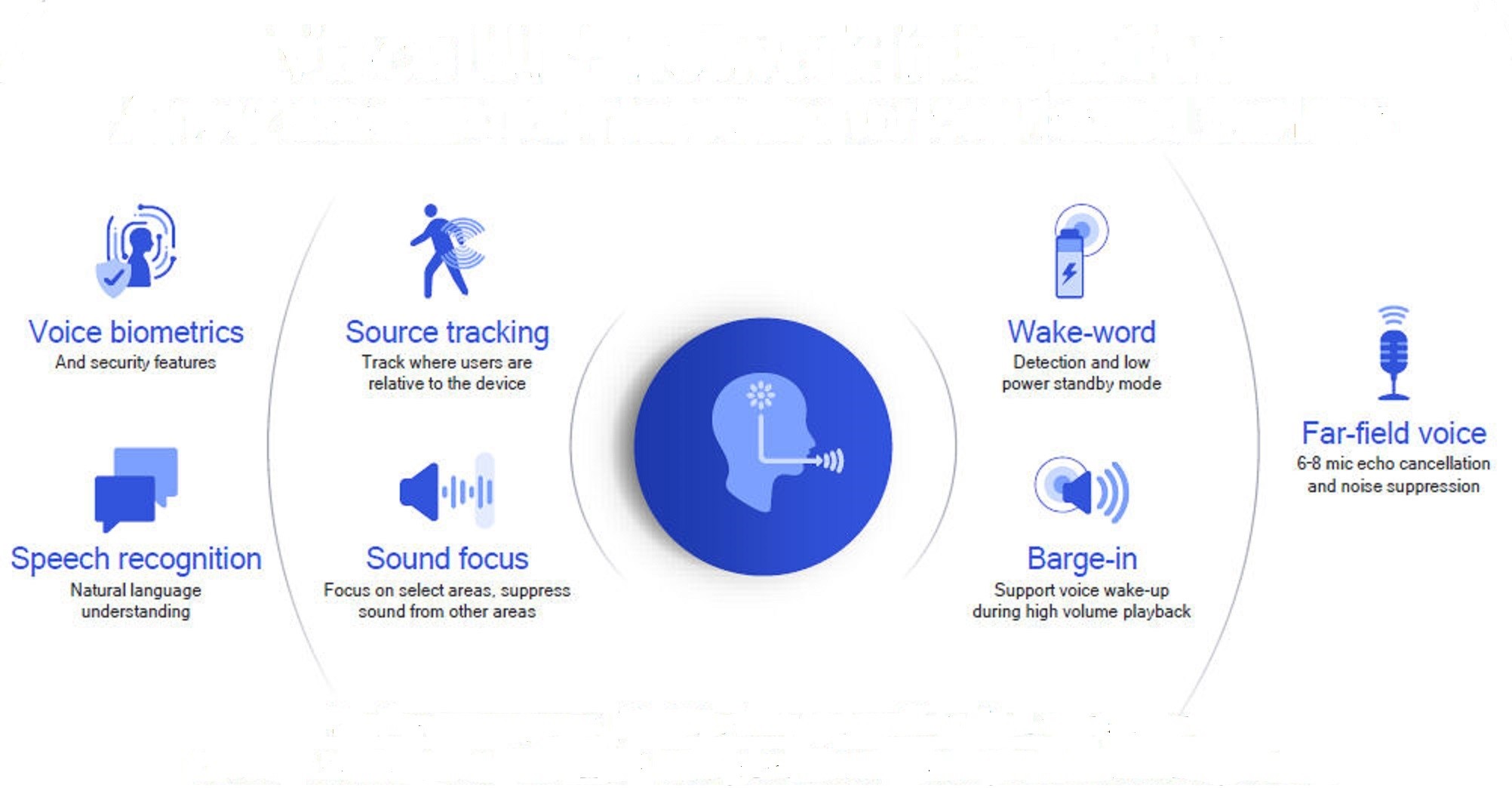 The ASUS Lyra Voice was the first voice-enabled mesh networking system based on the Qualcomm Mesh Networking Platform. It blanketed the home with nearly corner-to-corner wireless connectivity while providing users with an intuitive way to access their smart devices using their voice.

Then, there is Lunera, a company aiming to redefine the traditional LED lighting by adding mesh network coverage to its Lunera Smart Lamps using Bluetooth peripherals and cloud connectivity. Its Lunera Ambient Compute network is using the Qualcomm Mesh Networking Platform to create an IoT edge network for smart lighting systems.

The above smart lighting example also shows how multiple mesh network types are converging and colliding to boost overall connectivity in smart home environments. The synergy between Wi-Fi and Bluetooth mesh networks, for instance, can further boost applications like smart home, building automation and asset tracking.

Take the example of RSL10 family of Bluetooth 5 chips from ON Semiconductor that support the Bluetooth SIG mesh networking standard and come with a USB dongle to allow developers to scan, connect and wirelessly interact with their prototypes while monitoring and logging behavior. The RSL10 chips consume 62.5 nW in deep sleep mode while featuring 7 mW peak receive power.

Here, it’s worth noting the power paradox. At one hand, smart home designers must figure out ways to maximize the output power of Wi-Fi and Bluetooth signals. On the other hand, they are required to lower the power consumption of network devices in order to ensure energy efficiency.

The availability of highly integrated systems-on-chip (SoCs) for Wi-Fi and Bluetooth mesh networks significantly improves data speed, coverage range and battery life while lowering the network latency. Add to these design enhancements the intelligent channel management and flexible mesh network configurations and what you have is a new generation of distributed wireless solutions ready for prime time.

In short, smart home mesh networks streaming the Netflix, Spotify and 4K video games are just around the corner.