Alix has joined the Embedded Computing Design staff as a regular contributor. You’ll see him covering analog/power for us on a frequent basis. It is a great time to be an electronic design...

Alix has joined the Embedded Computing Design staff as a regular contributor. You’ll see him covering analog/power for us on a frequent basis.

It is a great time to be an electronic design engineer in the embedded space, especially when it comes to power systems. Power is sexy again, but it isn’t because people have suddenly fallen in love with capacitors and MOSFETs – it’s because market pressures have made it so. Nobody cares about power until the battery runs out, and that fear drives development.

That fear, with its roots in device anxiety, has grown shoots into every industry that needs power to function. To expand on the earlier aphorism, nobody cares about power until they see their electric bill. Greed alone is now a driver for development, as saving just a few percent on a facility’s energy costs can run into the millions.

This pressure is compounded by the developments in materials and topology that are driving the next generation of devices. From wide-bandgap semiconductors to advanced microcontrollers that are really wireless SoCs, embedded power and its management are undergoing a renaissance not seen in decades. Recent achievements unveiled at shows like Embedded World in Europe and APEC in the USA underscore the new possibilities.

A good example of significant energy savings not involving power supplies or systems is Microsemi’s new family of 6Gbps SAS SATA protocol controllers for server and data centers (Figure 1). Functionality-optimized around SSD performance and power-optimized for HDD-based cold storage, the solution achieves up to 1.6 million random read I/O operations per second and delivers greater than 35 percent power savings compared to competing solutions. Such power savings at the board level cascade all the way up the chain, from lower energy costs to reduced thermal issues to higher memory system densities.

However, much of the buzz at the recent shows involved the new materials in the semiconductor space finally becoming more than just promises and hopes. Wide bandgap MOSFETs and diodes are finally available from multiple vendors with a variety of packaging options (although I wonder at those who demand an advanced device in a legacy package like the TO-220) including both through-hole and SMT. The industry is also learning the difference between silicon carbide (SiC) and gallium nitride (GaN), and the application spaces each is best for. 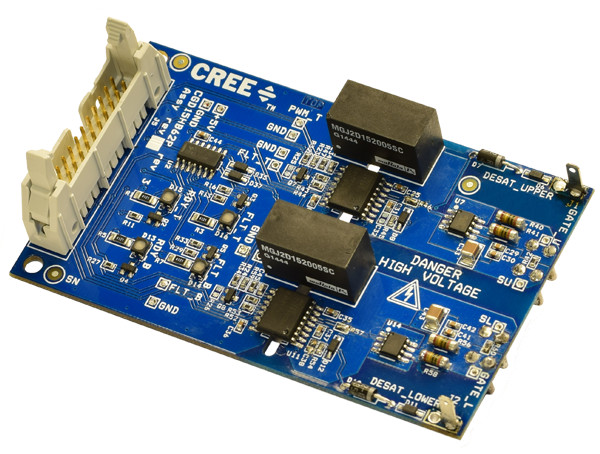 GaN is being used in a lot of low-power Internet of Things (IoT) applications and other small intelligent wireless devices. Efficient Power Conversion (EPC) unveiled a complete wireless power transfer kit capable of delivering up to 35 W into a DC load while operating at 6.78 MHz (the lowest ISM band) to show that eGaN FETs are suitable for highly-efficient wireless power transfer. High-frequency power-sensitive applications like wireless power, LIDAR for drone, vehicle, and robotic vision are especially open to benefit from GaN power devices.

GaN Systems, whose family of Gallium Nitride 650 V, E-HEMTs are used in resonant wireless charging systems (Figure 3), has recently joined the AirFuel Alliance, as wireless charging is becoming a major growth area in personal devices. There is still a plethora of standards in the wireless charging space, but that issue is being solved now by multi-protocol processors and devices. 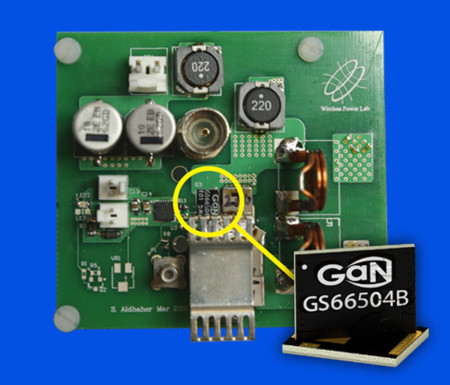 This pressure on board design is of course also impacting test and measurement, as the test device must be able to provide the tight tolerances and incredible accuracies required for modern advanced system design and troubleshooting. This is where new probes and test systems like the Teledyne LeCroy HV fiber-optic-isolated probe can help. Optimized for small-signal floating measurements, the HVFO is a design well-suited for power electronics. Optical isolation between the probe tip and the oscilloscope input reduces adverse loading, and reduces noise, distortion, ringing, overshoots, and transients on the measured signal.