Building out the Integration of Things

Everything is seemingly part of the Internet of Things (IoT). The "thing" may be connected to a cow, a refrigerator, a car, or even you! These things...

Everything is seemingly part of the Internet of Things (IoT). The “thing” may be connected to a cow, a refrigerator, a car, or even you! These things already know more about you than you know about yourself—when you should sleep or run, what and when you should eat, when you should buy milk, and so on. They also know if there’s an intruder at your house, a water leak in your bathroom, or if it makes sense to switch off the light in your bedroom.

Things aren’t limited to your home; they follow you in your car and at the office, and in the manufacturing spaces. Some of these applications are dubbed as Industrial IoT.

If you are already working on a solution, you know that there are many areas that still need to be addressed for the IoT to be truly realized: technical requirements, standards, interoperability, and so on. And if you’re just getting started on your IoT journey, new use cases, scenarios, requirements, and opportunities emerge every day.

While the opportunities are virtually infinite, there are some basic requirements that you should consider when designing your IoT device. With the high level of integration required, we could actually define IoT as the Integration of Things. 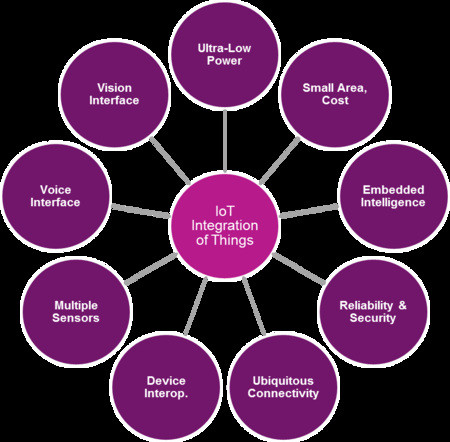 Here are the challenges you need to be aware of:

Now let’s discuss the possible architectures and solutions. A typical IoT platform consists of an edge node and gateway, the cloud for storage/analytics, and a mobile application. The edge node has a CPU, connectivity, and sensors. In some cases, it’s complemented by a gateway which offloads some of the processing and analytics and communicates with the cloud. The cloud is used non-real-time analytics and for training. For completion, the mobile application in an IoT platform is used for rendering the analytics and general monitoring and viewing. 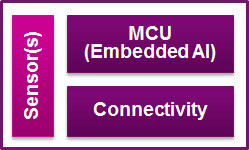 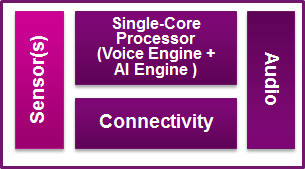 The smart sensor includes an MCU to implement all the functions and the low-power connectivity and edge analytics. Ultra-low power, small size, and low cost are the key features for this class of IoT device. Imagination offers MIPS M-Class CPUs with Ensigma BLE technology to handle such functions. MIPS processors support hardware virtualization that effectively and reliably isolates applications from each other. 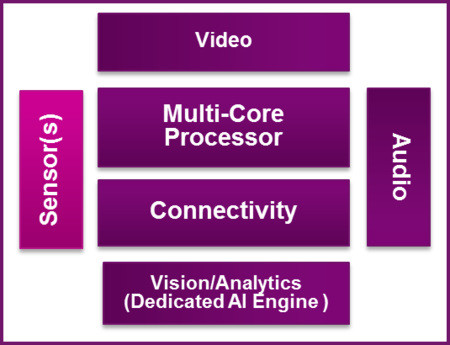 A smart voice processor is a more advanced sensor node that adds voice capabilities to the edge node. This typically requires a CPU to meet these additional voice processing requirements which vary based on the number of microphones used. The MIPS I-Class multi-threaded processors and Ensigma Wi-Fi technology are suited for this class of voice-enabled nodes. The MIPS multi-threading feature helps optimize the parallelism and complex implementations by making a single processor core appear to an SMP operating system like two separate cores.

Saraj Mudigonda is a director of segment marketing at Imagination Technologies. Previously he was a business development manager for Imagination’s HelloSoft V.VoIP products. He has 15 years of experience in the telecommunication industry in Wireless LAN, V.VoIP, and Wireless Communications and started his career as a DSP (Digital Signal Processing) engineer developing, implementing, and optimizing the assembly code for several DSP architectures. He also managed multiple V.VoIP customer projects and was the primary liaison between customers and engineering teams.