Technologies to enable connectivity in the automobile are accelerating at a staggering pace. In the past, the electrical connections drove basic functions, and wireless connections weren’t even considered due to limited reliability and performance that wasn’t up to snuff.

The needs for better technologies have fueled the drive for significantly higher performance connectivity, both in terms of wired and wireless mediums. The big pushes are coming from application areas including artificial intelligence (AI), vehicle-to-vehicle communications (V2X), autonomous drive, and over-the-air (OTA) updates.

Most of the innovations we’ve encountered with respect to connectivity have either been to make vehicles safer or to enhance the user experience. The former adds features like additional sensors and cameras, brake assist, and a host of additions to the car’s ADAS (advanced driver assist system) functions. The latter is generally geared toward the infotainment subsystem.

Wired technologies in the car date back to the early days of the automobile. Initially, individual subsystems were used to handle specific functions. But those subsystems did not speak to each other. They executed their functionality independently of the other subsystems. That “disconnected” architecture generally worked fine, but it created lots of redundancy, as the same subsystem, with minimal tweaking, could handle multiple functions. This was even the case for mission-critical function, like engine and transmission control, airbag deployment, brake assist (combined with radar technology), and so on.

Enter the Controller Area Network (CAN) bus, and suddenly various subsystems could be connected. CAN is very reliable, but does have its limitations in terms of number of nodes, higher costs, and potential signal integrity issues due to reflections. The nodes can get consumed very quickly by today’s electronics that require connections to so many sensors.

One of the first examples of wireless connectivity in the automobile was that of tire pressure monitoring. These systems employ a short-range, low-bitrate signal, because the amount of information from each tire is quite small. That was followed by the incorporation of Bluetooth in the car to connect a mobile handset to the vehicle to support hands-free driving, to improve safety. The use of Bluetooth has expanded in the vehicle, and now is almost always found as part of the in-vehicle-infotainment (IVI) system, and is already extending into vehicle entry and ignition control via a smartphone.

A key innovation in the automotive space was the adoption of a wireless battery-management system. While not fully embraced yet, it is becoming more widely adopted for a host of reasons, including the fact that it removes lots of heavy and costly wiring from the vehicle. Read more about the wireless BMS in a previous blog.

Further expansion of both Bluetooth and WiFi became necessary with the push to add more screens to the vehicle. Those screens were just on the dashboard at one time. Now, in addition to having multiple screens on the dash, both for entertainment and informational purposes, they’re also in the rear seat. Infineon offers Bluetooth and WiFi transceivers that can raise the OEM’s confidence level, as the company’s portfolio contains devices that are automotive qualified and boast long-term availability.

Specifically, the Infineon AIROC™ series of WiFi and Bluetooth combo solutions are well suited for the infotainment and telematics systems in today's connected cars. The devices allow drivers and passengers to easily sync and stream content from mobile devices to the car's infotainment system and rear-seat displays, while enabling high-speed connectivity external to the vehicle. The parts can operate in the 2.4, 5, and/or 6-GHz bands and offer multiple-input, multiple-output (MIMO) support.

While there is a move to offload the mission-critical features to the wireless mediums, there is some hesitance to do that. The confidence level in wireless is far higher than it was even a few years ago, but there’s still lots of room to grow. Having fewer cables and less weight play are common reasons for the desire to move to wireless.

To Wireless or Not to Wireless, That Is the Question

Obviously, both safety and security play huge roles here. If the automaker can’t guarantee safety, security, and reliability with near 100% conviction, it won’t happen. Revisions in both the Bluetooth and WiFi standards are doing a good job at increasing the OEMs confidence level, but it still has quite a ways to go before we will see it in mission-critical areas of the automobile. Conversely, the wireless option removes the fear of a wire being cut inadvertently.

A fair amount of testing must still occur before wireless truly takes over in the car. The fears are out there, sometimes real and sometimes perception. For example, if you drive through a densely populated area, say a city street, the amount 2.4- and 5-GHz transmissions taking place is enormous. If that interferes with the signals running through the car, even in the smallest way, the results could be problematic.

From a cost-savings perspective, the wireless approach is quite appealing, for two separate reasons. First, eliminating the cables is an instant cost reduction. The premium for the wireless transceivers does not equal the cost of the cabling, so that’s a win. Secondly, there’s a fuel savings, as less cabling results in a lighter vehicle, which translates into better fuel economy.

From a power perspective, when the car is running, the power consumption is nearly negligible, as the energy generated by the moving vehicle more than offsets the consumption. Where it could become problematic is when the vehicle is not running, especially when it’s dormant for long periods of time. The myriad electronics is mostly in sleep mode, but it’s still consuming small amounts of power.

The modular approach to automobile design is also having a positive effect, especially where maintenance is concerned. When a system needs repair, you simply pull out the module, connect it to the test and debug instrument, and if need be, replace the entire module. OTA technologies could also come into play here, as you could wirelessly test and analyze a module without even removing it.

The modular approach lends itself to a more discrete design, having intelligence located in different places of the car. As opposed to a more centralized “brain,” the discrete design could result in unused compute power. Currently, the central computer is used for less mission-critical features like the infotainment system and other cockpit-centric functions like the instrument cluster.

You could also take a zonal approach, where you have a “zone” in the rear of the car that handles things like the brake lights, trunk actuators, and fuel pumps. While they would need to be connected to central brain in some way, the majority of the processing stays within the zone.

As you can see, the amount of semiconductor content in the modern vehicle is growing, and growing quickly. It’s a trend that sees no end, as least in the foreseeable future. And it’s happening for lots of good reasons: increased safety and security, lower costs, better fuel consumption, and more. 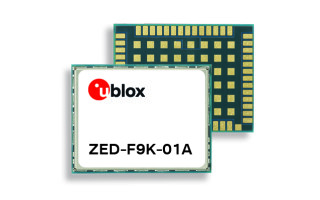 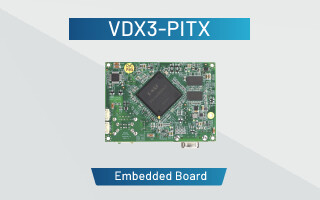 ICOP Leverages PICO-ITX Board for its VDX3-PITX