What You Missed at electronica 2022

Another trade show is in the books, and I’m pleased to report things are about as back to normal as they are likely to get. The show I’m referring to is electronica, which is held bi-annually in Munich, Germany. As such, it’s been four years since we’ve convened at what it is generally considered the world’s largest event for the embedded and electronics industries.

There were many highlights this year and I won’t attempt to go through them all, but I’ll make some mention of the ones that stuck out for me. For starters, Embedded Computing Design was tasked with organizing two days of technical sessions that covered industrial, security, and 5G technologies. The highlight of those sessions was a talk delivered by Eben Upton, the Founder and CEO of Raspberry Pi. His talk was SRO. 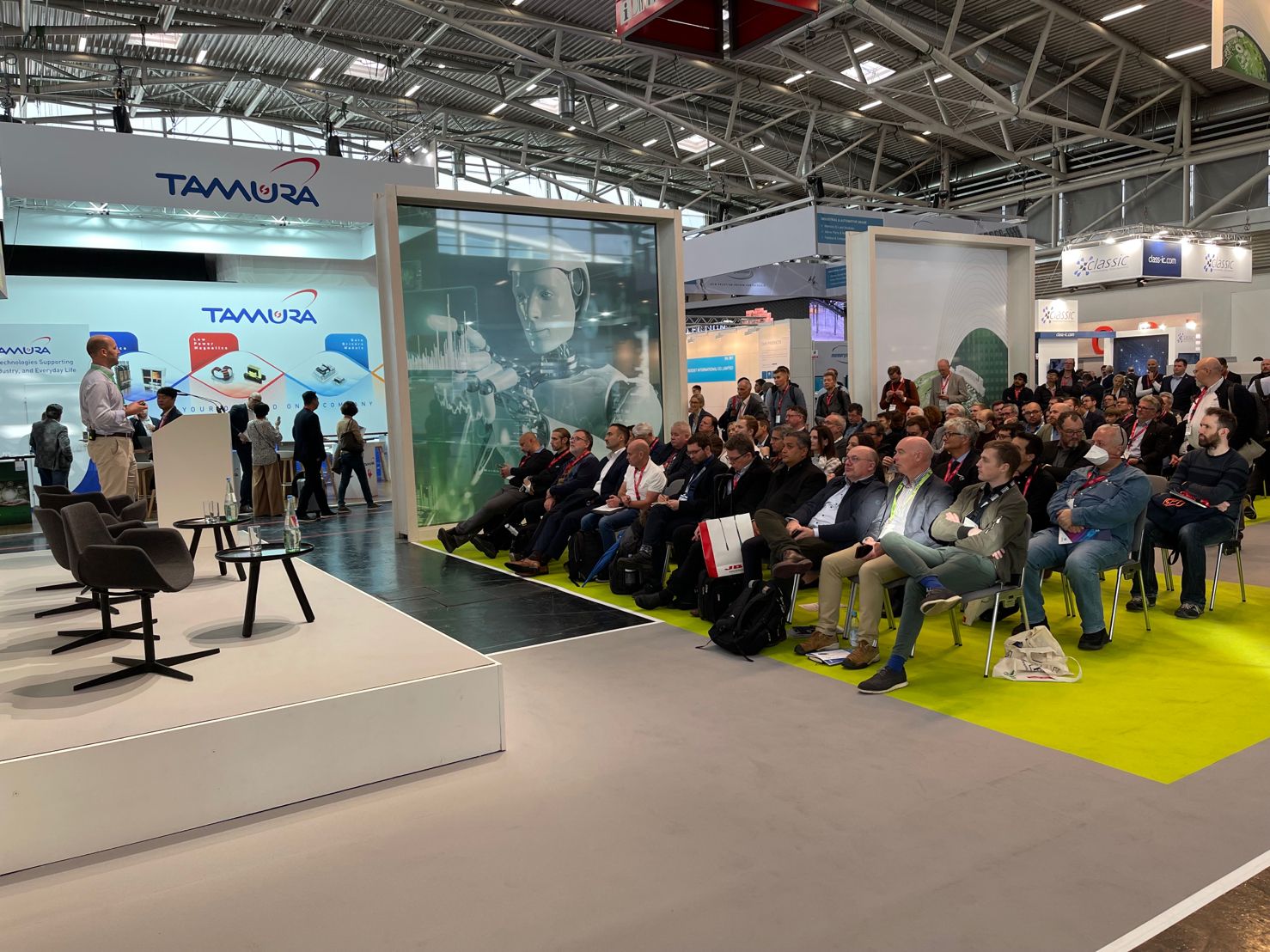 Another highlight was a sit-down with not-so-new-anymore CEO of onsemi, Hassane El-Khoury. This was our first face-to-face meeting since he and I had a chat when he actually was new to the job. At that time, he was trying to impress his image and values on the company, which were quite different from what the existing team was accustomed to. So, I wanted to know how it was working out.

From all appearances, it’s going quite well. El-Khoury put the focus on the company’s core competencies, namely power and sensing. He claims that they are moving well up the ladder in SiC technology, with 2023 being “the year of execution.” But the proof is in the pudding, and the financial results seem to tell a rosy story. As always, time will tell, but this appears to be a horse worth betting on.

As you might expect, there was a slew of product introductions at the show. NXP announced a new S32K39 series of automotive MCUs that are optimized for EV control applications. The parts use high-speed and high-resolution control for increased power efficiency to extend driving range and provide a smoother EV driving experience. They include networking, security, and functional safety capabilities beyond what’s offered in traditional automotive MCUs.

Kinetic Technologies announced two products that can increase the power delivery capability of USB Type-C ports to 140 W. The KTS1898 is dedicated to switching and protecting VBUS power, while the KTU1128 works with the CC1/2 and SBU1/2 lines. The KTS1898 is a low-resistance, 5-A load switch with soft-start, overvoltage, “ideal diode” reverse-current, short-circuit, over-current, over-temperature and ESD protection, designed to isolate and protect downstream components from abnormal VBUS voltage and current conditions. The KTU1128 is a Thunderbolt-compatible, Type-C USB data line protection and switch IC, providing low-resistance, ultra-fast OVP, and surge protection for the CC and SBU lines. 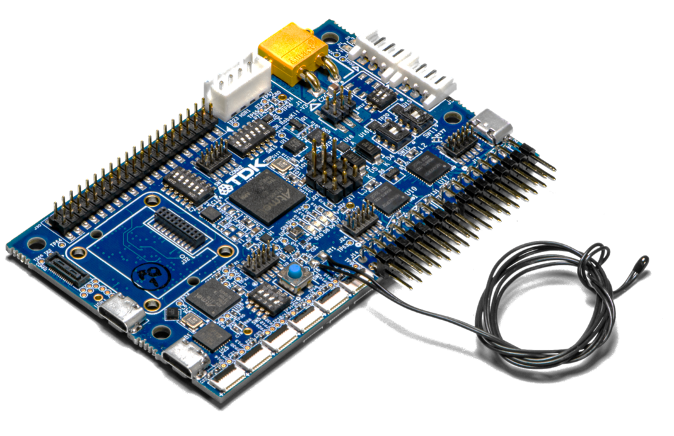 One of the cooler things at the show was TDK’s RoboKit1, part of the company’s SmartRobotics family. The next-generation robotic development platform enables quick prototyping and development for robotic designers, and enthusiasts, as it offers a robust hardware platform combined with full ROS1 and ROS2 compliant drivers and algorithms. It’s offered as either a stand-alone development platform or a full robot reference design. The board includes a 6-axis IMU, capacitive barometric pressure sensor, digital I²S microphone (x4), temperature sensor, embedded motor controller, and magnetometer.

Menlo Micro introduced what it claims is the first micromechanical power switch capable of handling 10 A in a miniature 5- by 5-mm surface-mount package that also boasts a 0.010-Ω contact resistance. The MM9200 is aimed at applications such as industrial automation, smart building controls, and advanced energy management systems. It exhibits extreme mechanical endurance typically in the billions of switching cycles, far beyond what’s capable in a traditional electromechanical relay. In addition, the device’s 10-µs actuation speed is more than 1000X faster than its electromechanical equivalent. 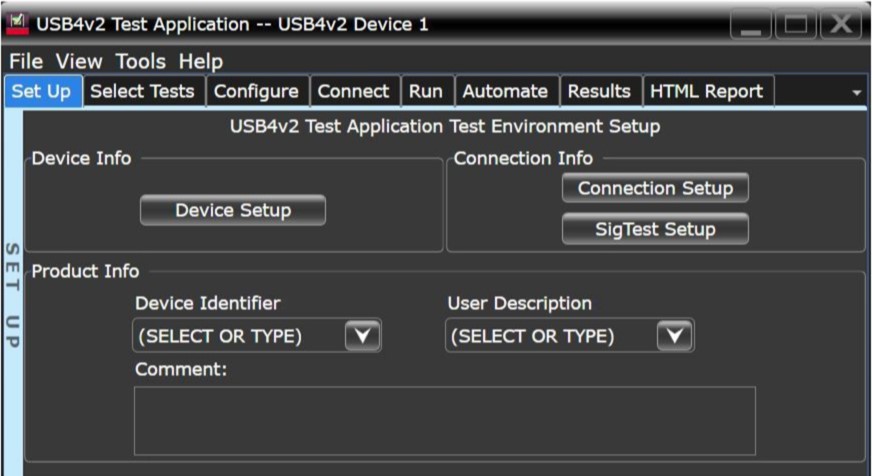 Keysight Technologies announced a set of USB 80-Gbit/s solutions that help designers ensure that they are in compliance with the specification, which is growing in popularity. The products include the D9050USBC Transmitter Test (Tx) Software that rapidly and easily tests, debugs, and characterizes complex USB4 designs; the N5991U42A Receiver Compliance (Rx) Test Software that automates complex stress signal calibration and receiver test procedures to ensure consistency and repeatability; and the N7019A USB Type-C Active Link Fixture, which provides access to all Type-C signals via a live link to debug or decode acquired signals.

Winbond showed off its TrustME secure flash memory products that can strengthen the robustness of a system by securing the code and data storage for trusted boot and firmware updates. This is achieved using external secure flash. In applications that include automotive, consumer, and basically anything that’s connected, security is becoming paramount. At the same time, trusted boot and firmware updates are becoming indispensable, necessitating a solution like the TrustMe offering.

From Texas Instruments came a 2.4-GHz wireless MCU that supports a host of protocols. They include Thread, Zigbee, Matter, Bluetooth 5.2 Low Energy, IEEE 802.15.4g, and IPv6-enabled smart objects (6LoWPAN). Designated the SimpleLink CC2652R7, the device is based on an Arm Cortex M4F main processor and is optimized for low-power wireless communication and advanced sensing in grid infrastructure, building automation, retail automation, personal electronics, and medical applications. In addition, the CC2652R7 has a software defined radio powered by an Arm Cortex M0, which allows support for multiple physical layers and RF standards.