Here is how manufacturing, robotics, transportation, and other industrial applications can address interoperability issues in connected machines using flexible hardware and modular software.

The Industrial Internet of Things (IIoT) has the potential to transform manufacturing, robotics, transportation, and more with reduced costs, increased system uptime, and greater energy efficiency and resource utilization. Not surprisingly, therefore, digital transformation in these industrial applications is becoming less of a luxury and more of a requirement.

Market research firm IDC forecasts $1.29 trillion of IoT spending by 2020 and manufacturing is projected to be the single largest segment in this mega spending. However, furnishing real-time data from connected machines is easier said than done.

It all begins with obstacles in integrating the decades-old legacy infrastructure with newer IoT-enabled technologies like Internet Protocol (IP)-based networks and big data analytics. Next, there are thousands of devices, drivers, applications, protocols, and interfaces that exist in industrial networking environments.

That, in turn, calls for protocol conversion equipment that is extensible enough to support this highly diverse ecosystem. At the same time, however, developing and maintaining the software infrastructure to support all these assets while ensuring that data flow effectively from edge to cloud is an untenable proposition.

Moreover, time-series data from edge devices mandate an open but structured manner to minimize the likelihood of data silos. Otherwise, such silos will trap valuable information in certain parts of the system architecture. Subsequently, they will hinder the development of intelligent applications based on this data.

Figure 1: The industrial IoT designs call for plug and play connectivity amid a multitude of communication devices and protocols operating in harsh industrial environments. Image: Advantech

Here, it’s worth mentioning that while proprietary or in-house developed protocol conversion solutions may address these challenges for niche use cases, they tend to limit the interoperability and scalability needed for a truly open IoT infrastructure.

Ideally, an IoT gateway solution should enable developers to connect the legacy industrial devices to the cloud in a manner of minutes. However, we are not there yet, and industry players are just starting to form partnerships that could make such interoperable platforms a reality.

So, what do we do right now? That’s precisely the dilemma that Antos, a software house, was confronting in its bid to create a production management system for order control in manufacturing environments. Eventually, it led the company to a modular protocol conversion solution.

So, Antos installed Alleantia’s plug and play software on Advantech's UTX-3117 IoT edge gateway and built a prototype in about a week and a half. Two months later, Antos released the first certified connector between its control software “Bravo Manufacturing” and the “Connected by Alleantia” solution.

Ultimately, Antos was able to complete 30 industrial design projects in collaboration with Alleantia while expanding from two to three connected machines to connecting over 20 machines. 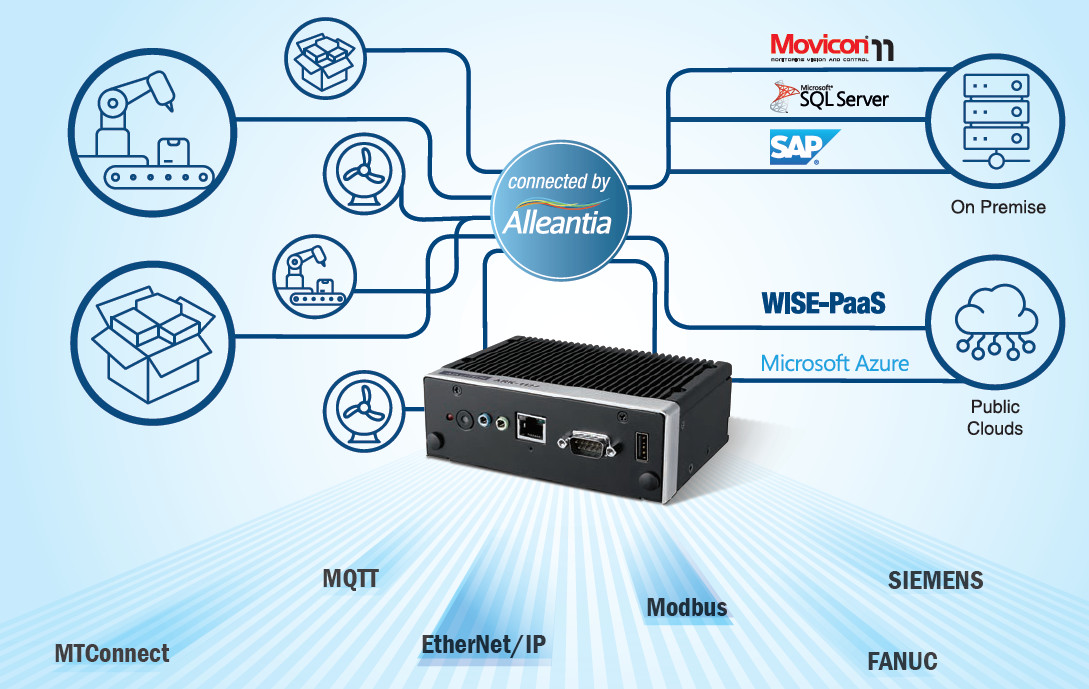 Figure 2: The view of plug and play connectivity software components that are built on top of the IoT gateway hardware. Image: Advantech

A machine driver reveals the data structure and allows developers to configure data on a dashboard accordingly. Next, the library of machine drivers is crucial in manufacturing, smart city, and intelligent transportation applications, where a plethora of devices must be connected in a seamless manner.

The combination of Alleantia’s plug and play software and Advantech’s gateway hardware also enables industrial OEMs and system integrators to reduce the burden of software management and maintenance for engineering teams.

Then, there is data brokering for selective data broadcasts, which plays a vital role in facilitating the IT system integration with the availability of interfaces and digital twins for a multitude of data consumers. That allows IoT developers to work across a broad spectrum of industrial applications and verticals.

Another salient feature that this combo of gateway hardware and plug and play software facilitates for efficient system integration is the non-silo data architecture. It takes advantage of selective data broadcasting to keep information flowing across IoT applications and services without over- or under-exposing. 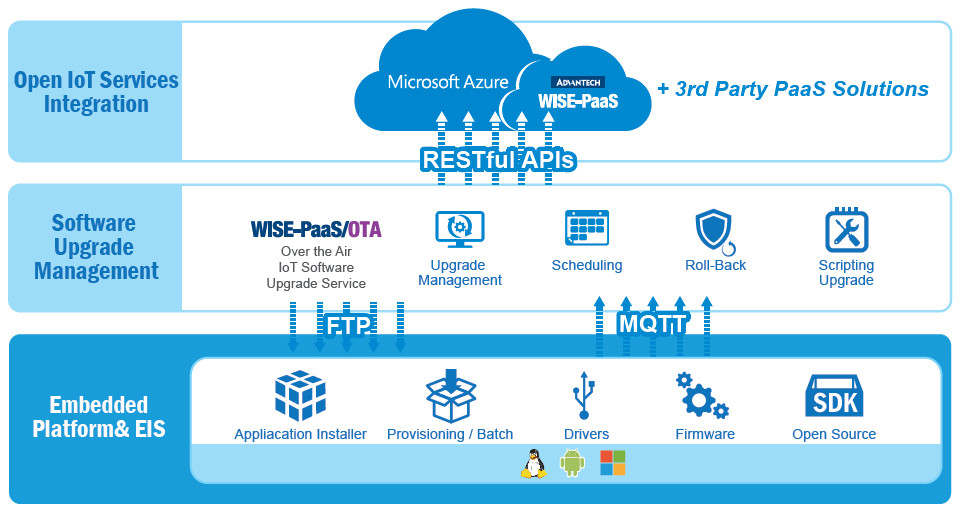 These integration features sum up how flexible hardware and plug and play software enable interoperability among different data systems in industrial IoT applications in a simple and secure manner. Take, for instance, selective data broadcasting, which is enabled by Alleantia application programming interfaces (APIs) running atop Advantech’s IoT hardware.

Another software component that plays a vital role in this plug-and-play connectivity solution is WISE-PaaS, Advantech’s edge-to-cloud software platform that complements IoT hardware and helps developers streamline communication between all network subsystems.

The WISE-PaaS cloud platform — an open software marketplace — provides a range of software solutions and pre-configured packages to allow developers to build the tailored IoT solutions for industrial applications quickly and efficiently. Furthermore, it enables developers to intuitively create dashboards and visualize data gathered from the field in both cloud and on-premise environments (Figure 4). 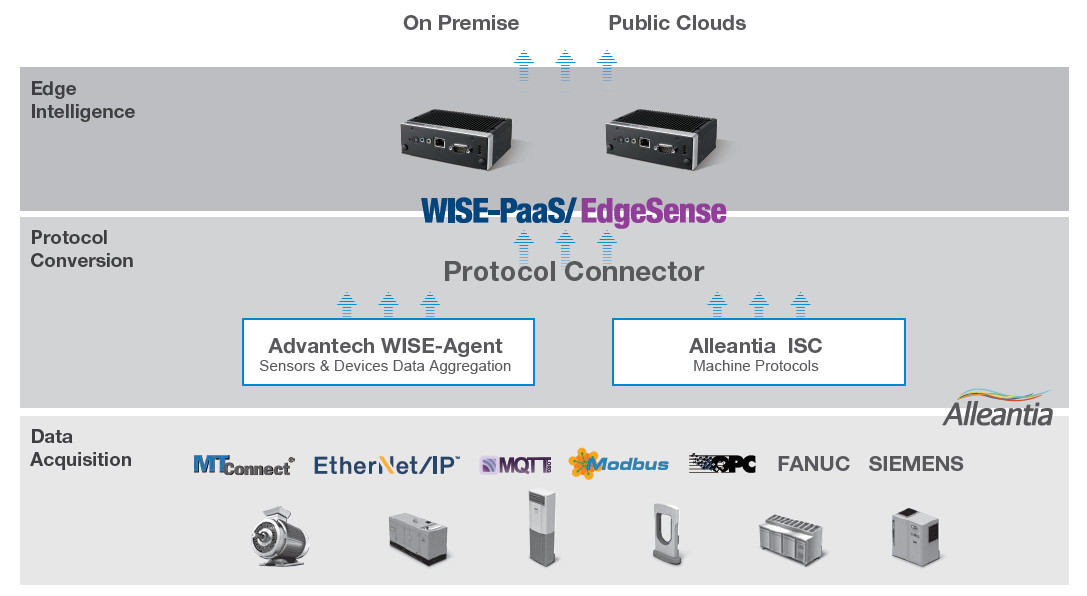 The integration of Alleantia’s plug-and-play software with Advantech’s edge-to-cloud platform enables developers to create end-to-end industrial IoT solutions that are cost effective and easier to deploy. And they can be implemented in a wide array of verticals spanning from machine tool builders to automated warehouses to bottling and packaging plants.

Now add this software combo to the minimal hardware footprint of UTX-3117 that is based on the leading performance per watt of Intel’s Apollo Lake processing platform and plenty of general-purpose physical and wireless I/Os. What you have at hand is a flexible IoT solution that can connect to machines and systems using built-in protocol conversion mechanisms.

The industrial IoT solution outlined in this paper embodies a co-creation model that combines powerful hardware with plug and play software and edge-to-cloud infrastructure. That enables designers to integrate a complete solution without the hassles commonly associated with system integration tasks.

A part of this collaboration between Advantech and Alleantia has culminated into a hardware-software integration initiative that the two companies call Solution Ready Package (SRP). It aims to quickly connect machines with the cloud and other parts of the industrial IoT infrastructure.

So, all you need is a powerful compute platform to make the best of these software features and efficiently execute IoT connectivity as well as data manageability and analytics on the network edge.