Global Navigation Satellite System (GNSS) offers so much more than the widely-popular GPS technology and is one of the fastest growing technologies in...

Global Navigation Satellite System (GNSS) offers so much more than the widely-popular GPS technology and is one of the fastest growing technologies in the semiconductor market. It’s become a key building block in smartphones, where GNSS helps to identify the location and deliver mapping data and other services. The next frontier, which is beckoning, is integration of low-power location-equipped wearable devices like smart watches and glasses.

The in-car navigation and telematics systems have also been steadily advancing amid the industry drive behind connected cars and autonomous vehicles. In this space, GNSS is a major component in the evolution of car dashboards.

Until recently, only GPS satellite signals were used; GLONASS augmented the GNSS setup. That led to a clear improvement in terms of signal reception, precision, and coverage efficiency. There are two GNSS operations in work right now – the omnipresent GPS and the Russian GLONASS – while two new constellations are semi-operational and are gradually moving toward complete global coverage. 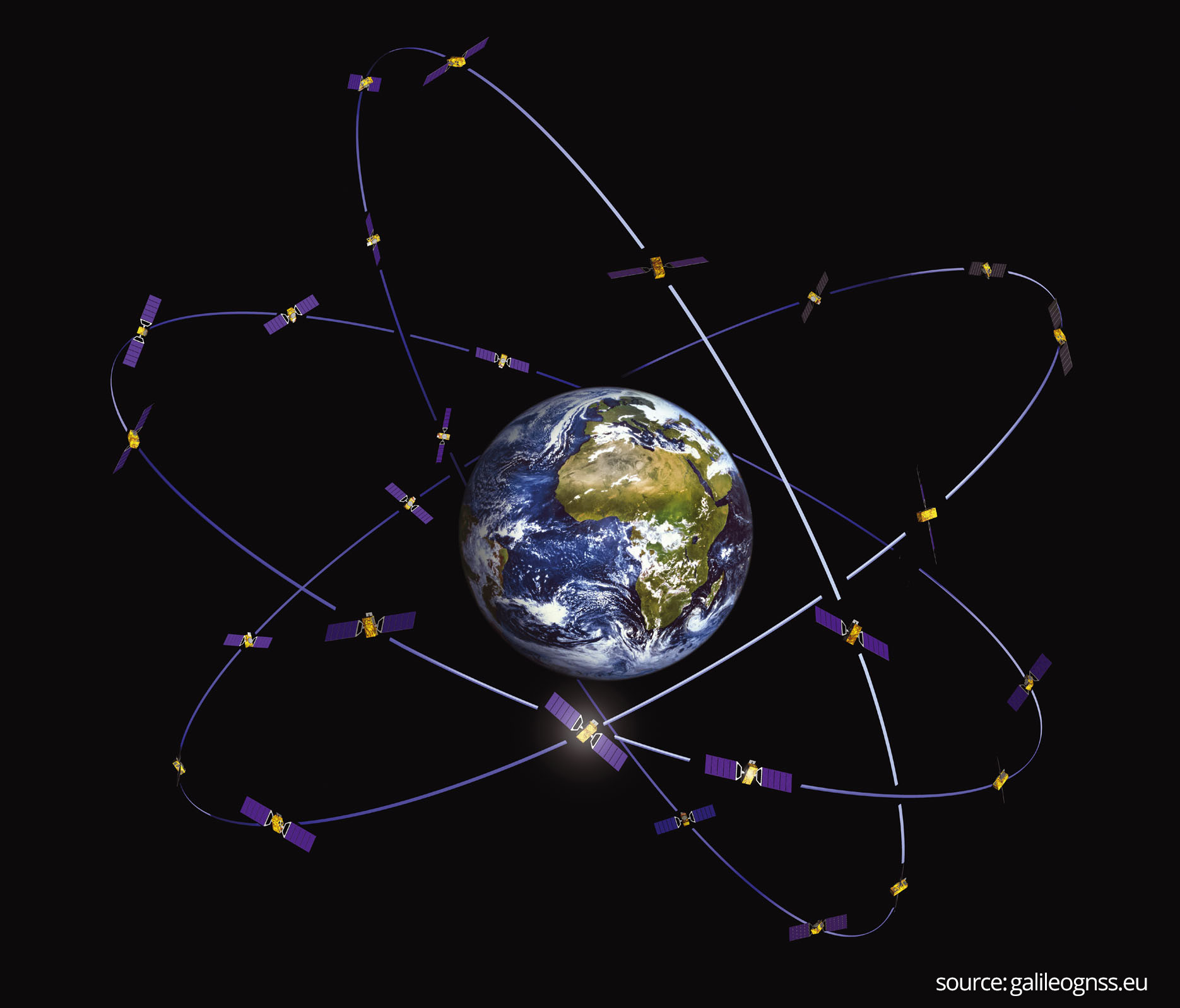 Europe’s Galileo is the third major satellite constellation after GPS and GLONASS.

Galileo, a global satellite constellation built by the European Union, is in the process of launching satellites; full service is expected in 2020. Then, there’s the Beidou satellite system from China that’s been partially operational in Asia since 2012, while complete global coverage is planned to occur by 2020.

Moreover, local augmentation constellations, such as the quasi-zenith satellite system (QZSS) in Japan and several space-based augmentation systems (SBASes), have been built in various regions using differential GPS, where a ground station delivers reinforced and corrected signals to the system. So the GNSS world currently comprising GPS and GLONASS will have lots more company – or rather a lot more satellite constellations – in the coming years, and that’s a good thing for consumers.

You may ask why that’s good for consumers. First, the number of satellites that GNSS receivers use to compute position accuracy directly affects the resulting position accuracy. In urban centers, such as Hong Kong, New York, and San Francisco, signal reflections often confuse the GNSS receiver, resulting in erroneous location. So, multiple constellations have a clear edge in dense urban environments and mountainous areas where satellite visibility is usually compromised.

The multi-constellation GNSS receiver chipsets have finally arrived. These single-die ICs allow the interchangeable delivery of the best signal from any satellite regardless of the constellation, which in turn, enhances navigation accuracy in dense urban and other challenging areas. However, these chips that support multiple GNSS standards mostly implement different radios and PHYs in hardware. On the other hand, a software-defined GNSS system allows system-on-chip (SoC) designers to incorporate multi-constellation navigation functionality with minimal use of hardware accelerators.

A software-based GNSS solution gives chip designers a few critical advantages over hardware implementation. For example, a number of engineering issues largely favor a software-based approach, such as the GLONASS satellite constellation time that differs from GPS time. Furthermore, the two satellite systems operate at different frequencies that lead to inter-channel biases.

Then, there are the multipath interference issues among GNSS channels from different satellites and the interference between GNSS and cellular signals that often reside on the same board. A software-based design lets chip developers better deal with such challenges by offering greater flexibility and programmability, especially after the chipset is placed on the final product. Moreover, it lets chipset suppliers augment new features that come with the addition of new satellites.

The software-centric GNSS solutions also give SoC designers more tangible benefits in terms of power, die area, and design flexibility. With respect to power, an outdoor GNSS signal inside a mobile phone is roughly 1,000 times weaker than a cellular signal, and that just shows the extent of power challenge for a GNSS chipset. Next, apart from the recovery of weak GNSS signals, the higher number of RF channels that come from different satellite constellations further adds to the power constraints in GNSS chipset design.

When looking at die area, small design footprints in smartphones and wearables will clearly benefit from a reduced die area that’s enabled by the software-based implementation of baseband. Finally, a DSP-centric software solution lets GNSS receiver designers easily upgrade their designs to include future satellite constellations such as Beidou and Galileo via software. The baseband design in a GNSS receiver chipset tackling more satellite signals will inevitably lead to more processing power for handling tasks like precision management and error correction. A GNSS chipset supporting multiple satellite constellations will apparently require more channels, and here, a software solution can effectively cope with various modulation standards while managing the signal-processing needs of several GNSS constellations.

Hagay Gellis is a technical marketing manager at CEVA. He’s responsible for analyzing customer needs in various communication markets, assisting in promoting CEVA technologies in these markets, and driving product requirements to the R&D accordingly.