One of the most interesting stories in the embedded processing market over the past decade has been not just the survival, but in many ways the triumph, of 8-bit microcontrollers (MCUs). Indeed,...

One of the most interesting stories in the embedded processing market over the past decade has been not just the survival, but in many ways the triumph, of 8-bit microcontrollers (MCUs). Indeed, market data from iSuppli (now part of IHS) shows not only has the 8-bit MCU market continued to grow through this year, but it has nearly kept pace with the 32-bit market and done so in spite of tapering 16-bit sales.

[Figure 1 | The 8-bit MCU market continues to flourish despite long-held beliefs to the contrary.]

Now, however, the technology industry is fully enveloped by the Internet of Things (IoT), which carries with it the prerequisite of connectivity, and in many cases security as well. The memory requirements alone for these functions often prove substantial for many modern 32-bit MCUs, much less legacy 8-bit products that often max out at 256 KB flash memory and 8 KB RAM.

Surprisingly, though, these factors have not limited the deployment of 8-bit MCUs in IoT applications for multiple reasons. On one hand, the IoT has enabled electronics in devices where one would never find them before (such as pens and shoes), while on the other, many IoT systems still just don’t require more than what an 8-bit MCU has to offer.

“There are a ton of applications that you can run on an 8-bit and have it be ‘enough’,” says Steve Kennelly, Senior Product Marketing Manager for the MCU08 Division at Microchip Technology, Inc. “There are a lot more MCUs in ‘things’ today, so while 8-bit MCUs are holding on longer than anyone expected, that’s going to continue.”

While cost and power consumption remain the key drivers of 8-bit processors in IoT applications, features like core independent peripherals (CIPs) and code optimization have enabled MCUs like the 8-bit PIC18F46J50 (Figure 2) to continue operating as the brains of IoT systems. For example, the MRF24J40MA module (Figure 3) at the heart of a Microchip MiWi Self-Healing Mesh Network is based on the PIC18F46J50, which includes only 64 KB of flash memory and less than 4 KB RAM. 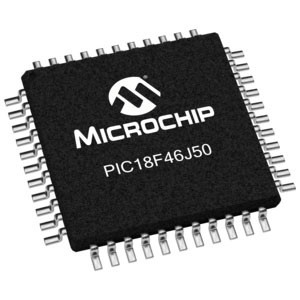 [Figure 2 | The PIC18F46J50 is an 8-bit Microchip PIC MCU that contains 64 KB of flash and less than 4 KB of RAM, but is still viable in mesh networked IoT applications.] 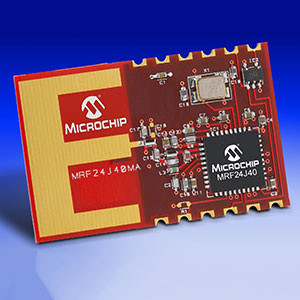 The MiWi Self-Healing Mesh utilizes a lightweight 802.15.4-based protocol that consumes less than 30 KB of memory, leaving enough code space for savvy engineers to develop simple but effective applications for the industrial, commercial, building automation, and other sectors that stand to benefit from mesh networking.

Perhaps more than anything else, the MiWi Self-Healing Mesh demo illustrates that the IoT is based more on cost, power, and ease of use than the speeds and feeds that have consumed the electronics industry in the past. This is a good indicator that 8-bit MCUs will keep filling a market need for the foreseeable future.

All of Microchip’s 8-bit PIC MCUs that support the MiWi Self Healing Mesh are listed below.