Products designed for space are exposed to the some of the harshest environments. They must operate reliably under intense vibration, mechanical shock, wide temperature swings, and more.

Few products operate in clean, dust-free, temperature-controlled, vibration-free, laboratory-like environments. Your product is likely to be subjected to one or more of the following:

Products designed for space are exposed to the some of the harshest environments. They must operate reliably under intense vibration, mechanical shock, wide temperature swings, a vacuum environment, and exposure to ionizing radiation. This article will share some of the solutions Nuvation Engineering implemented for outer space environments when we designed a 24-channel data recorder module for a spacecraft built by Space Systems Loral (SSL).

Radiation is one of the most challenging requirements for which to design. Products in space are bombarded with a wide variety of high energy particles and electromagnetic waves that originate from the sun and other stars. These sources of ionizing radiation cause short-term disturbances to electronics (such as bit flips and memory erasures), and cumulative damage to semiconductors. For long-term missions in space (typically about 15 years), the only option is to use radiation-hardened (a.k.a. "rad-hard") components. These components are relatively scarce compared to standard components. Rad-hard components can cost anywhere from ten to five hundred times more than their terrestrial equivalents.

For short-term space missions (one year or less), it is sometimes permissible to use standard commercial-off-the-shelf (a.k.a. "COTS") components in your design, subject to analysis and testing of their radiation tolerance. This can dramatically reduce the cost of designing space equipment and expand the selection of components available for the design.

Nuvation's spacecraft design utilized mostly COTS components and included a few rad-hard parts for critical safety functions. We achieved this cost optimization in component selection by applying several design techniques in hardware and software to deal with the effects of radiation, such as:

The implementation of these design approaches in combination with the inclusion of a few rad-hard components dramatically reduced the potential risks associated with the effects of radiation damage.

Spacecraft are subjected to high g-forces and vibration during ascent, and undergo violent shocks during each separation stage. Nuvation employed numerous design approaches to handle these conditions, including:

An additional consideration for space is the need to operate in a hard vacuum. Although most COTS electronic components are not designed for use in a vacuum, many of them will work well as long as sufficient attention has been paid to thermal dissipation. However, since convective heat transfer will not occur in a vacuum, components must be cooled via conductive or radiative thermal transfer.

Nuvation Engineering designed the space PCBA to conductively channel all the heat from components into the aluminum heatsink/enclosure by implementing the following:

A vacuum has a tendency to cause trapped gasses to leak from components or materials, an effect called outgassing. Since these gasses could interfere with other sensors or equipment on the spacecraft, all components on the PCBA had to be selected based on their outgassing potential. Nuvation's engineering team also coated the board with a special low-outgassing, space-rated conformal sealant, which provided the additional benefit of protecting the PCBA from contamination during ground operations.

Although space is a harsh environment, some of the harshest environments can be found right here on Earth. Every year, a number of Nuvation engineers contribute to the design and construction of an electric and autonomously driving mutant vehicle that is brought to the Nevada desert for one week. The daytime temperatures can reach 40°C (~104°F) and dip below freezing at night. The vehicle is exposed to high levels of vibration from the rough roads, and lack thereof. There are dust storms that coat everything in a thin layer of dirt. The electronics have to be designed to withstand wide temperature swings (including high temperatures generated by the vehicle itself) and high levels of vibration. Continuous reliable operation of the vehicle is critical given the remote location and dangerous conditions of any desert. Attention to design details, such as incorporating dust-proof connectors/enclosures to keep dust/water away from the electronics, contribute to ensuring reliability in the field.

It is important to realize that the end-users of your product may be exposing it to less-than-ideal conditions. When commissioning a battery management system for a grid-scale energy storage system, Nuvation engineers found that the radiated electrical noise from the power conversion system was significant enough to bring about the dreaded Blue Screen of Death on laptops that were simply in the same room as the noisy system.

One of the first steps in electronic design is to define the product requirements. Nuvation Engineering works with our customers to help capture these requirements in a Product Requirements Document (PRD). This document is used by the engineering team during the project as a reference when making key design decisions and performing validation.

Documenting requirements at the start of the project helps avoid major architecture and design changes later on. Understanding requirements and constraints allows our engineers to provide optimal architecture and design implementation options. Getting these details flushed out early makes for more efficient and cost-effective project execution. It is important that the Product Requirements Document specifies the product's environmental requirements. Questions that should be answered in the PRD include:

When in Doubt, do a Phase 0

The answers to the above questions are used to generate design requirements that will impact the success or failure of the product as much as (and in a harsh environment, perhaps even more than) application-level functionality. Trade-off decisions can usually be made that balance cost, functionality, operating range, and performance to yield a viable product that meets the desired price point. At Nuvation Engineering we refer to this level of up-front investigation as a Phase 0, a low-cost engineering investigation that enables the client to determine the viability and even desirability of the project effort before moving ahead. Often a slight modification to the product requirements (e.g. do you really need 4K video at 120 fps or is unit cost the higher priority) can alter the components and design requirements sufficiently to make the project more viable. Alternately, if the Phase 0 verifies that the product requirements are fully viable as-is, the documentation generated from that effort gets rolled into Phase 1 of the project planning documentation and can be referenced when generating the Bill of Materials (BOM) and design approach. For highly complex projects with technological risk (i.e. doing things that have never been done before, or in a way that has never been tried before), a Phase 0 provides engineering validation of viability and proposes design approaches the client can utilize to verify budgets and determine next steps.

Generally, it is more effective to deal with a problem at the source. Unfortunately, this is not always possible. For example, when designing a circuit board for a given temperature range, there are a number of options for dealing with the temperature extremes:

A similar process could be used for working with a sensor with poor signal-to-noise ratio (SNR) characteristics. Options to consider can include:

The right decision is very situation-dependent. Quite often, a decision matrix is used to determine the best design decision by rating the degree to which the design balances a range of factors such as cost, performance, reliability, operating range, etc. (see Figure 1).

When creating the decision matrix's weight distribution (relative importance), Nuvation Engineering works with the client to prioritize the key drivers of design decisions. These factors typically include:

When designing a product for outer space, or for more terrestrial and mundane purposes, one must always factor into the design some level of resilience to harsh treatment or less than ideal environmental conditions. We have all dropped our TV remote on the floor (more than once!), used our cell phones in the rain, and perhaps even accidentally struck our smart watch on a doorknob. When these products survived it was because those scenarios were anticipated by the designers. In extreme harsh environments such as the cold vacuum of outer space or the heat and dust of the desert, design considerations become even more critical to a product’s viability, and the solutions become more complex from a design perspective.

Regardless of whether you’re designing a TV remote or a satellite system component, the engineering planning effort revolves around the same planning decisions.

He holds a Master’s degree in Electrical Engineering from the University of Waterloo and is currently working at Nuvation as an Engineering Manager.

Experienced Engineering Manager and Project Manager with a history of working in the embedded electronics design services. Skilled in engineering sales, project and program management, system architecture, FPGA and electronics hardware design, implementation, and testing. Strong engineering professional with a Master's degree in Electrical and Electronics Engineering from University of Waterloo. 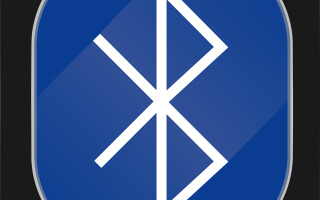