Drones are a great example of mechatronics in practice. They have many interconnected systems that depend on multiple disciplines to communicate and function as designed. In this article, we’ll explore the inner workings of drones and the technology making them possible.

The definition of drone has come to encompass most small unmanned vehicles, including remote-controlled aircraft. Technically, drone also implies a level of autonomy, anything from simple self-balancing to more complex functions like hands-off GPS waypoint navigation missions or swarm logic. It’s the culmination of several recent technological breakthroughs in each of the fundamental mechatronic fields (electrical, computer, mechanical, and controls engineering) that has led to the recent ubiquity of drones.

Some of the biggest developments to get these buzzing things off the ground is in electrical engineering. Up until now, electric motors and batteries did not have the power to lift their own weight. Hobbyists had been using small gasoline engines, which do not possess nearly the same level of speed control or prototyping capability as electrical systems.

Lithium-polymer batteries have made much of electric flight possible due to their power density and rate of output (Figure 1). To achieve the same power output with traditional NiCad, alkaline, or lithium-ion batteries, the weight would become prohibitive to flight. With the great power of lithium polymer (LiPo) comes higher volatility, so they need to be handled with care to prevent thermal-runaway (explosion) or irreversible chemical discharge. 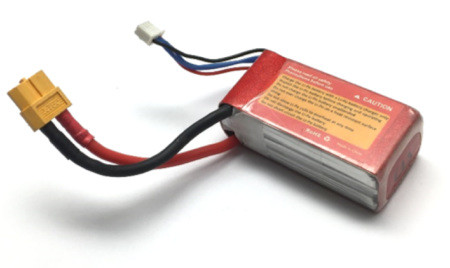 [Figure 1 | Lithium-polymer batteries have made much of electric flight possible.]

Brushless motors are not entirely new. Instead of conventional brushed motors, which use physical metal pads to slide along the motor shaft and commutate power (typical about 80 percent efficiency), brushless motors avoid that lost friction by selectively activating offset coils to rotate, achieving about 90 percent efficiency. Furthermore, rotational speed can be controlled. 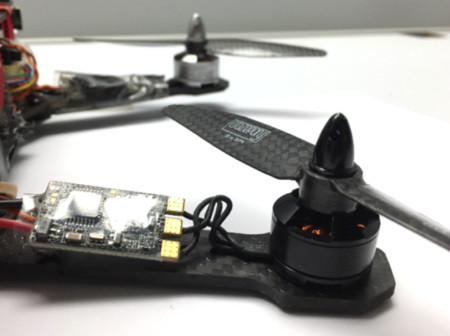 Brushless motors work in tandem with electronic speed controllers (ESCs), which pace and cadence out the current to the correct motor coils. The ESC receives the command speed via a pulse-width modulation (PWM) communication line and translates it into the correct motor cadence.

An essential link to retaining human control of these devices is the radio network. Generally, user commands are sent within civilian bands via 900 mhz, 1.2 ghz, or 2.4 ghz. With so many devices talking on the same frequencies, transmitters often employ “frequency hopping” (Figure 3). This technique coordinates rapid channel changes with the receiver to avoid failure from interference, blocking out communication on a single channel. 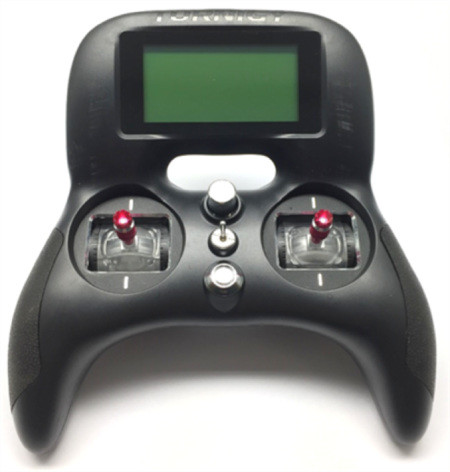 Although the processing demands are not high, the miniaturization and cost reduction of microcontrollers, power transistors, and sensors has also decreased the payload requirements of the other components. 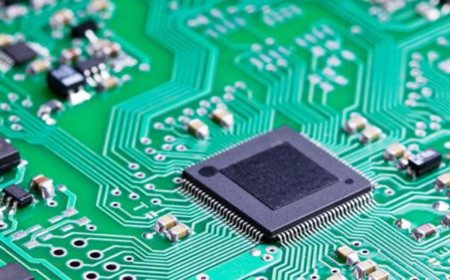 Computer engineering is essential to establishing communication between all the components and processing the control algorithms. User commands are fed into the microcontroller via a radio receiver with a PWM communication regime. The sensors are read and factored, then combined with the user commands through the controls algorithm. The output signals are sent to the ESCs and motors via PWM.

Mechanical design is most obvious in the airframe. The geometry of both airplanes and multicopters are essential to achieving maximum strength while being lightweight for efficiency. Strength is not only important for surviving the inevitable crash but also for rigidity under thrust and turbulence loads. 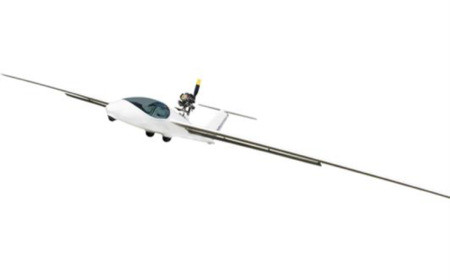 [Figure 5 | Airfoil designs are generally more efficient and use less power for long distances, but do not have the agility of multicopters.]

Airfoil designs that use wings to generate lift (Figure 5) are generally more efficient and use less power for long distances but do not have the agility of multicopters. Since planes generate lift by moving through the air, they are also more influenced by wind and turbulence, so they become difficult to control if they are too small.

The general shape of the plane is determined by tradeoffs of the required lift, efficiency, target payload size, and angular stability.

These are some initial considerations for drone wing design: 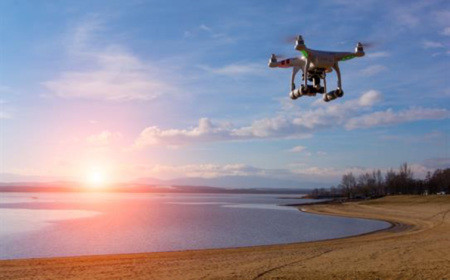 [Figure 6 | The quadcopter is mechanically the simplest and most robust of drones.]

The quadcopter design (Figure 6) has become ubiquitous because it is mechanically the simplest and most robust of drones. Using four motors mounted in a rectangular fashion, there are no small gears or linkages to break when these things crash. 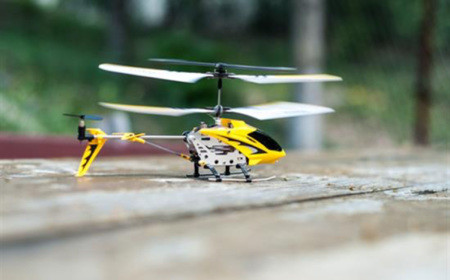 Helicopters, bicopters, and tricopters (Figure 7) do not have enough motors to control all angular degrees of freedom, so they employ linkages and small-geared motors to adjust pitch of their limited motors. Although they are more efficient in some regards, they are more mechanically complicated and, hence, more difficult to prototype build and easy to break. 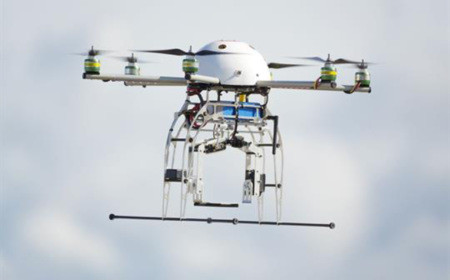 [Figure 8 | Hexacopters have greater stability and some redundancy if a motor were to fail.]

Hexacopters (Figure 8) have six propellers and have greater stability and some redundancy if a motor were to fail. Octocopters have full redundancy for controlled flight if a motor fails. These airframes are often used for delicate, expensive, or heavy payloads.

Controls engineering is the field concerned with making smooth and rapid responses to a system. This is achieved by understanding the dynamics of the system to design algorithms that take user commands, cycle in feedback, reprocess data, and adjust output. Since most of these airframes are inherently unstable (that is, they would wildly flip around without instantaneous computer assistance), controls engineering is necessary to keep them in the air.

The most essential sensors are the combined gyro and accelerometer, also known as an IMU. Together, they establish a sensitive and accurate understanding of the motion of the drone, which is necessary for drones to self-balance and stay level. The algorithm reads user commands of the desired state, feeds information of the measured state through a variety of sensors, processes this data through the control functions, and then updates the output.

The control regime used most often is a proportional-integral-derivative (PID) controller (Figure 9). It’s fairly straight-forward to understand and tunable, as the majority of drones are endlessly tweaked and incremental adjustments must be made. In short, the “P” reacts to the instantaneous offset from the desired state, “I” aggregates the history of the offset, and “D” predicts the future offset.

[Figure 9 | The PID controller is fairly easy to understand and tunable.]

Controls can also cycle in navigational autonomy with the addition of other sensors. A barometer is used for altitude control and a downward ultrasonic distance sensor can improve low altitude accuracy. The GPS and magnetometer add in positional and heading awareness for executing waypoint missions.

Drones are pushing advances in all mechatronic fields to become increasingly useful in roles such as search and rescue, parcel delivery, surveying and inspections, and 3D assembly. The next-generation goals for drones include obstacle avoidance and object tracking for greater situational awareness. Also, expect to see swarm logic for establishing formations with a fleet of partner drones to complete complicated tasks like assembly and increasing flight payload, range, and duration.

Asa Weiss is a mechanical engineer at Simplexity Product Development, an engineering services firm specializing in the development of embedded motion products.  He has a BA in Neurobiology from Lewis and Clark College and MS in Mechanical Engineering from Portland State University. He specializes in mechatronic design and passionately pursues engineering projects in quadcopters, 3D printers, and robotics both at work and at home. He writes about how mechatronics are advancing drone precision, affordability, and technology on Simplexity’s product development blog