The electricity market has traditionally been centralized and controlled by grid operators who deliver fixed amounts of energy based on historical local demand. But as the world moves to counteract climate change using renewable energy, those fixed, centralized policies will no longer be sufficient.

Energy generated by wind, solar, and other natural sources is inconsistent and can change drastically based on time of day, weather conditions, seasonality, and a host of other factors. Unlike with traditional power plants, it’s also not necessarily supplied from a single, fixed location. This has driven investment in decentralized digital power grids that support distributed energy resources (DERs) and will eventually deliver clean energy to millions or billions of consumers worldwide.

The power grid is already a distribution network, but in order for decentralized DER networks to be effective, it must become an IoT network. Grid operators must be able to dynamically calculate real-time energy demands straight from the source to ensure grids powered by renewable energy remain balanced and adequate power is always available to consumers. Energy endpoints like meters and inverters must therefore become direct participants in the energy market. And the shortest path to that is establishing them on much of the same infrastructure used by mobile networks today.

The Energy Web Foundation is a global non-profit invested in the creation of this new type of grid through the Energy Web Decentralized Operating System (EW-DOS), an open-source software stack designed to help grid operators securely scale decentralized energy markets. The EW-DOS is comprised of three layers of infrastructure, application, and trust technologies built on a public, Ethereum-derived blockchain that allows utility system data and transactions to be authenticated as they are exchanged across the grid. “In order to help energy markets to become more decentralized, the bottleneck is how you assign identities to assets that are connected to consumers, like how you assign and install an identity that uniquely represents an asset like any smart meter or inverter,” explains Ioannis Vlachos, Commercial Director of EMEA at Energy Web.

The Power Grid Finds its Identity

When was the last time a technician from the power company looked over your wall to read your meter? It’s probably been a while since most meters connect to local data concentrators – usually mounted on telephone poles – that send reading information back to operators over mobile cellular networks.

In a decentralized DER network, grid operators will need to provision and communicate directly with countless meters, inverters, batteries, and other assets on a one-to-one basis. Opening a secure channel between these endpoints and the network or a cloud service requires individual device IDs and security credentials, which of course must be stored somewhere. This somewhere could be directly in device memory or in a discrete secure hardware element or trusted platform module, but the former isn’t inherently secure, and the latter comes at a cost. And even if that cost is just a few additional pennies on the bill of materials, when spread across all the devices on an energy distribution network, it can add millions of dollars to the bottom line very quickly.

But there is another option for storing device IDs that’s already present on many of these devices: A SIM card.

“The majority of these assets right now use SIM connectivity to communicate with any backend system,” Vlachos says. “It’s a no brainer then that embedding your digital identity inside the SIM card is the most cost-efficient way to enable these assets to communicate in a trusted and verifiable manner.”

For decades now the SIM card has been used as a means of assigning digital identities to electronic devices that connect to mobile networks. The cards, which have traditionally been manufactured in the Universal Integrated Circuit Card (UICC) form factor, contain information about the various services a subscriber has access to, temporary data about the local network, as well as ciphers and other security information. In the consumer mobile market, the removable SIM cards most of us remember from early handsets have largely been replaced by eSIM technology, a programmable, software-based SIM that’s installed on eUICC cards that are permanently attached to a device.

While these solutions are currently used primarily by mobile network operators, there’s no reason they couldn’t provide the same identity management, authentication, and security services for assets connected to a blockchain-enabled power distribution network running a stack like Energy Web as well. After all, eSIM technology is proven, can be provisioned remotely, can’t be removed from a device without disassembling the whole thing, and perhaps most importantly, is already there.

“The very nature of the SIM is to store credentials securely and to allow the devices to authenticate on the mobile network,” says Paul Bradley, Director of Strategy and Innovation at Kigen. “And when we came together with our different network operator partners and Energy Web, we said that it would be great to be able to leverage that same secure platform, to be able to protect the credentials that aren’t just used for mobile network authentication, but also to enable transactions on the Energy Web network.”

The eSIM OS is based on the GSMA’s IoT SIM Applet For Secure End-to-end communication (IoT SAFE) standard, which for all intents and purposes transforms the eSIM OS into a root of trust that can house unique digital IDs and security keys in a secure enclave and manage symmetrically or asymmetrically-encrypted TLS or DTLS sessions with application clouds and servers. For operators and developers, a common API allows IoT SAFE-based devices like the Kigen eSIM to scale to support the provisioning of millions of devices like, say, utility meters that need to communicate across the energy grid. This joins other standard APIs that facilitate the integration of the eSIM OS with enterprise asset management systems and software stacks like the EW-DOS.

“What we’ve essentially enabled is the use of this secure platform beyond its original purpose of network authentication to be able to protect the credentials that are used to secure exchanges between the different nodes on the distributed network, which is the energy grid,” Bradley adds. OPEN IoT SAFE. An ecosystem is now forming around the technology initiative, with KORE Wireless adopting it in their OmniSIM connectivity solution. In parallel, the Energy Web Foundation is supporting it with their EW-DOS-based Origin 24/7 software development kit (SDK) and app, which allow grid operators, OEMs, and integrators to develop applications that constantly track energy consumption on a granular level and attempts to match it with the power generated by renewable DERs.

From there, self-discovery and decentralized identification capabilities of the Energy Web blockchain allow energy assets to manage their own credentials.

“We took the reference implementations of some middleware that has been designed to interface with that OPEN IoT SAFE application running in the SIM,” Bradley says. “And then we provided samples of that to the team at Energy Web who integrated it on the SIMs of various network partners.

“We brought all that together and we validated it and made sure that it was a viable solution and ensured that it could be used for the intended purpose, because again, it's something that's so obvious to do,” Bradley continues. “And it really rationalizes the bill of materials and makes sure that you know those who need to leverage it and those who want to take advantage of this tamper-resistant hardware inside a device can do so."

“We’re a nonprofit so we do not want to introduce any vendor lock-in. Our technology is fully open sourced,” Vlachos says. “We do not require that an entity assess all the devices on our chain. Instead, we provide access to the full breadth of our solutions, allowing anyone to use our stack, to bring their own identity, and leverage the ability that this combination of the ID and SIM brings to the IoT world.”

Digitally transforming all nodes participating in the energy grid – be they solar panels, EV chargers, or any other DER – will provide greater visibility into our energy usage and creation than ever before. With this information on hand, we will be able to make more clear, informed decisions about the type of energy we’re consuming and when, where, and how we’re consuming it in pursuit of a carbon-free future.

Who thought it would all be made possible by a SIM card? 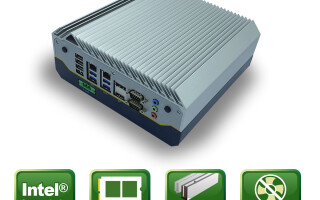