Smart implementations and innovations of embedded technology at Embedded World 2015

As I stepped off the plane onto the familiar Nuremberg tarmac, my mind leapt back 12 months to the weary despondency I'd struggled to shake when my fe...

As I stepped off the plane onto the familiar Nuremberg tarmac, my mind leapt back 12 months to the weary despondency I’d struggled to shake when my feet last left German soil. Embedded World 2014 was, as ever, undeniably a resounding success, but I felt exhibitors allowed themselves to be seduced, paying homage to the plethora of new industry buzzwords rapidly emerging at the expense of substance. “IoT” obviously being the worst offender!

I’ve since observed the embedded industry gradually tire of such shallow sensationalism, demanding technological speculation replaced with real world case studies; I entered Embedded World 2015 hoping exhibitors had taken heed, and, thankfully, I was not disappointed.

I was quickly treated to a substantiation of IoT from Digi International, currently rolling out Intelligent Street Lighting, offering local intelligence and remote control, monitoring, and diagnostics. I was also privy to a demonstration of their public transport connectivity solution, with particular highlights their GPS coordinated geo-mapped in-vehicle advertising and the ability for a passenger to view details of their journey on their smartphone, even setting an alarm to remind them of their stop. 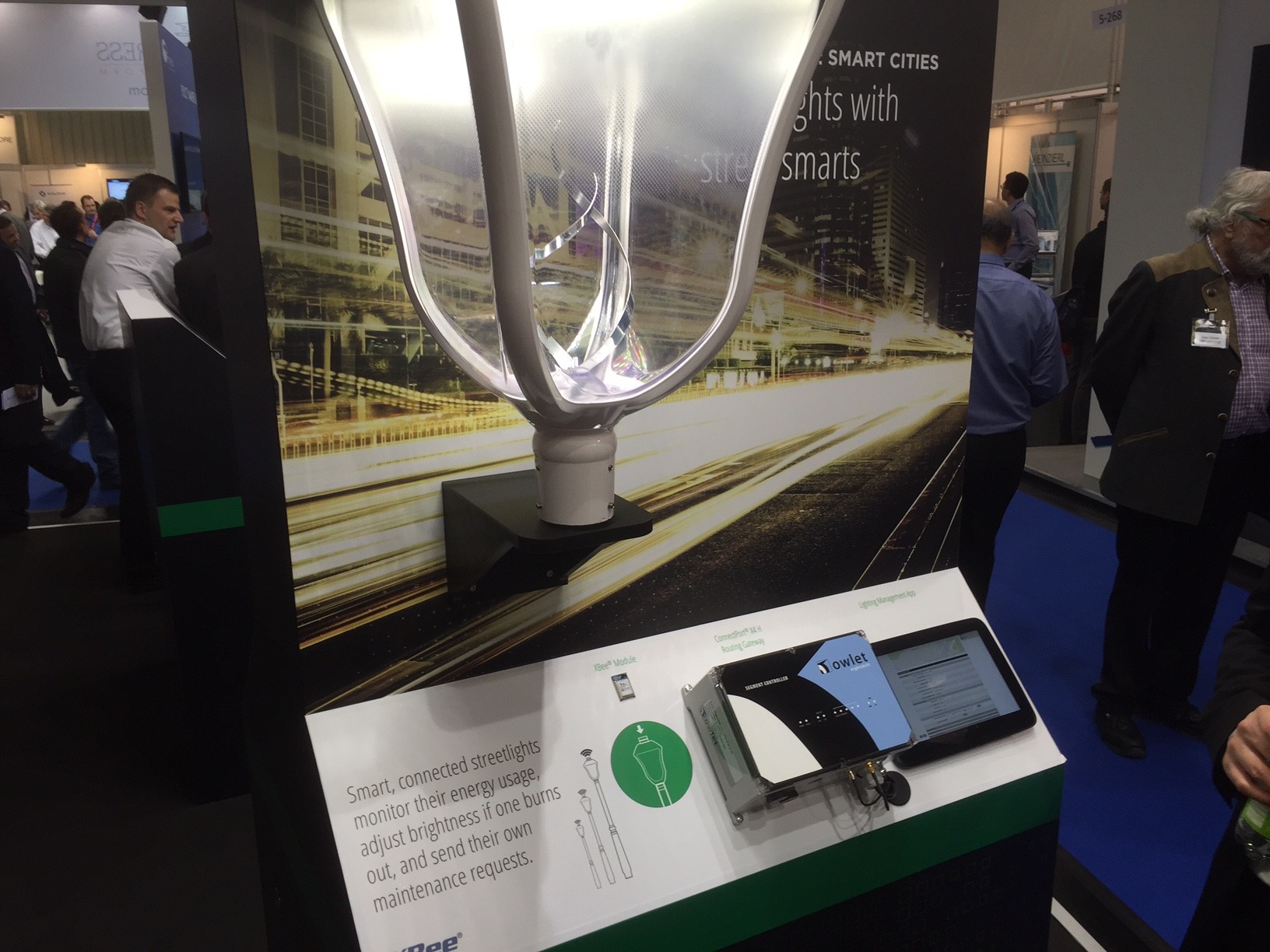 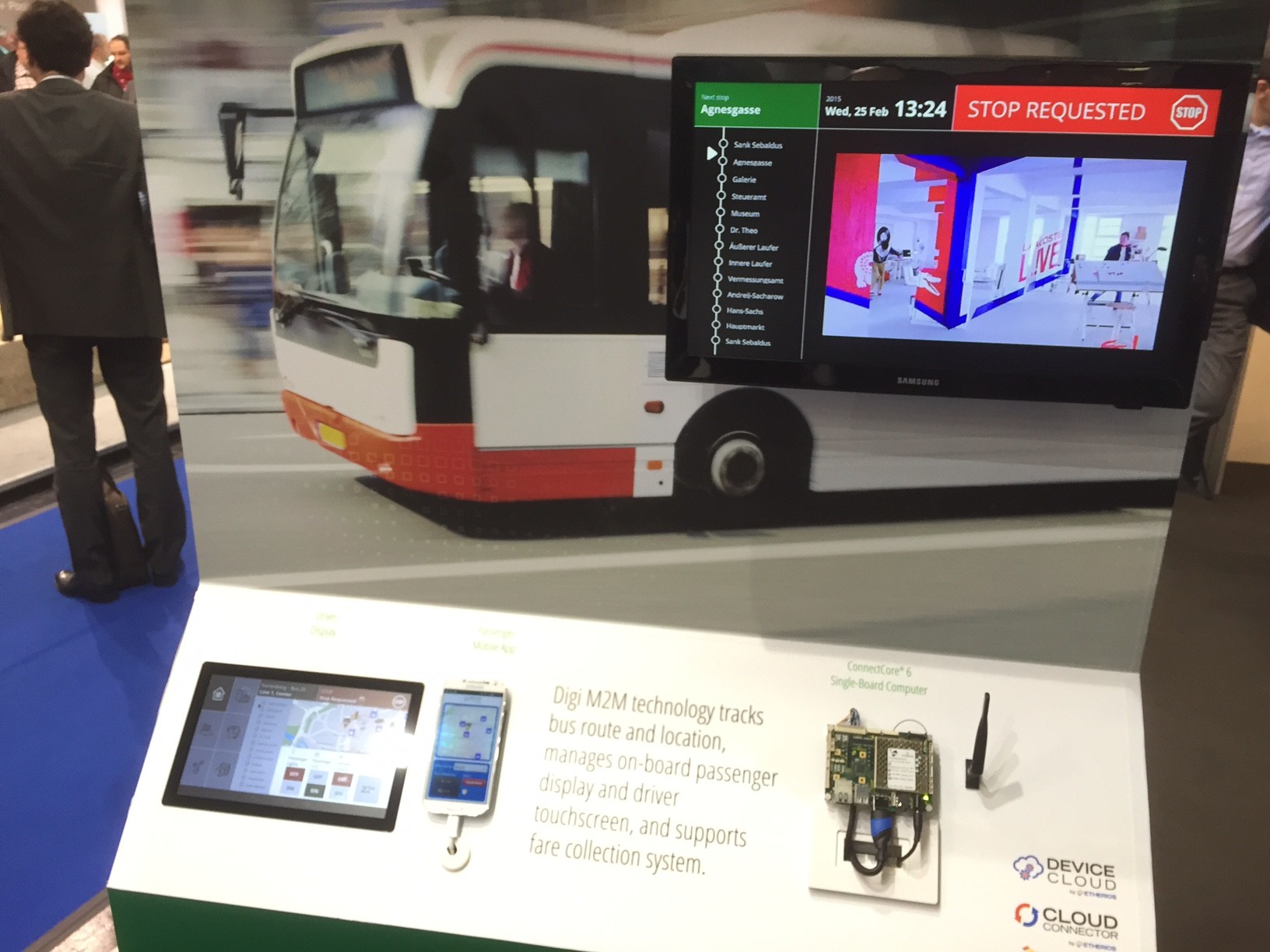 The collaboration announced at the show between LPRS and ESL offered its own turn-key IoT cloud solutions, those exhibited particularly focusing on elderly care. I was privileged to observe a practical presentation of how Internet-enabling a stair lift (which sounds almost farcical initially) offers not only remote diagnostic ability but can invoke alarms to relatives if unexpected behavior is observed. A near identical alarm raising system exists on their SMARTpack medication dispenser, informing the patient and then close relatives if prescribed medication has not been taken as expected.

The realization of the IoT dream isn’t just about final implementation though, of course. As with all new technology, financial and infrastructural hurdles must be overcome – the following companies address these at every step of the design cycle.

According to Argosim, 40-60 percent of design bugs are caused by faulty requirement definition, their STIMULUS package validating real-time systems requirements within a modelling and simulation environment, removing the root cause before the bug can occur, thus expediting time to market and reducing development cost.

Somnium Technologies see their product as one that pays for itself, where patented technology drives out every inefficiency of embedded code. Optimized code reduces RAM and storage overhead, thus invariably facilitates usage of a more cost-effective model within a processor family, all made possible by understanding the entire hardware device, not just the processing core.

At the very end of the design process, driving out system cost is invariably the next focus; Toradex‘s claim of a 22 EUR ARM system-on-module caught my eye. Through discussions I ascertained such low pricing of the system (including OS, ecosystem, and lifetime maintenance) is achieved, despite their European manufacture, through efficiency of autonomous assembly processes. Could this be that smart manufacturing and IIoT is now truly driving its own implementation!?

Memphis’ enthusiasm to drive down the cost of its ECC DDR has opened doors to its implementation in today’s industrial and embedded computers, where historically its significant cost overhead restricted its usage to servers. Their on-chip ECC logic protects data from single bit errors and, unlike server destined DDR, is available in wide temperature ranges.

One technology that may mystify the uninitiated is the increasing usage of GPU cores in headless embedded applications; the mystery is quickly unraveled once one understands the relative arithmetical processing performance per core and observed the number of cores implemented per system-on-chip can run into the hundreds.

Concurrent Technologies Plc were promoting one of these beasts in a AdvancedMC format, The AG-A1x/m1d supporting up to 4x NVIDIA Tegra K1, each containing a quad core 2.2 GHz ARM Cortex-A15 with 192x Kepler CUDA GPU cores – truly staggering performance. A not dissimilar implementation, within an embedded system-on-module format, was provided by the COM Express + GPU Embedded System from ConnectTech.

From extreme complexity back to basics, Embedded World saw the well-overdue announcement of the imminent mass deployment of the dual-orientation USB Type-C format, its implementation using Cable Detect and Power Delivery expedited and simplified by Lattice Semiconductor. It was cause for celebration that we can now bid farewell to the mathematical anomaly of plugging a USB connector into its mating port with the correct orientation the first time!

Finally, the Apollo, from Ambiq Micro’s claim as the world’s lowest power MCU had to be investigated, and the technology behind it is certainly eye-watering. Regularly we see incremental improvements in microcontroller power consumption, but the Apollo offers a quantum leap, offering ARM Cortex-M4F performance at power levels below an ARM Cortex-M0+, with active mode power consumption as little as 30 µA/MHz!

To conclude, Embedded World 2015 had a record number of exhibitors, an expansion of event space, and more international visitors than ever. Statistics are nice, but from an industry perspective the substance (beyond fantastical speculation) that I craved last year was thankfully there in abundance.