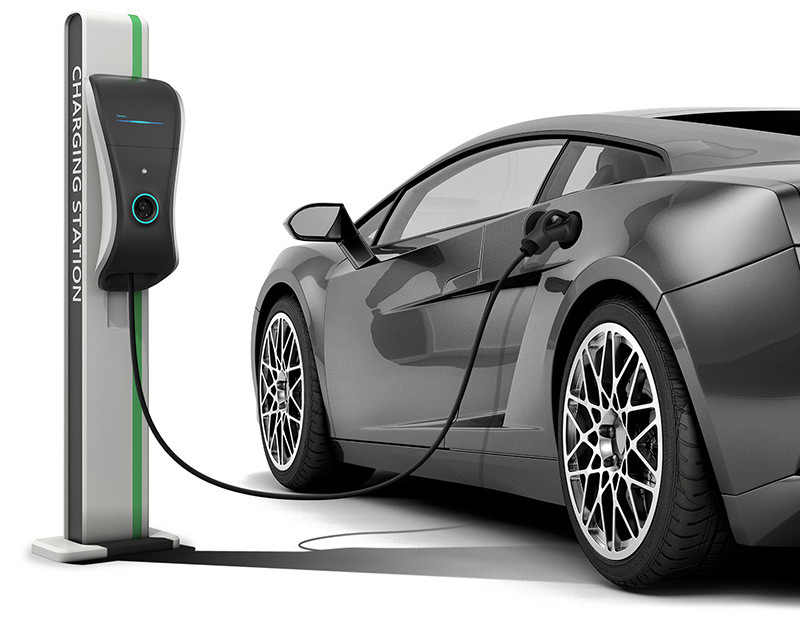 There are many aspects to the environment of disruptive change around the migration towards e-mobility and electric vehicles. Beyond the primary issue of whether or not cars of the future will be fossil fueled, electric, or hybrid, and the related issue of energy storage and battery densities, is the question of infrastructure and standards. Industry special-interest groups (SIGs) have risen to address these various issues.

Creating standards and a regulatory environment, along with a unified and functional infrastructure, is critical to the success of any technology development in society. Such a controlled space may sound counterproductive, but is essential to large-scale adoption. Confidence comes from reliability, and reliability comes from consistency and active management to ensure same.

This industry coalescence was necessary for the initial adoption of the automobile originally. In its infancy, the automotive industry had no standards, and even something as fundamental today as the control layout in a car varied wildly from manufacturer to manufacturer. This also applied to municipal and regional issues like traffic-management approaches and road construction. Without a common frame of reference, there can be no true development.

Charging Mechanisms
One of the biggest infrastructure issues in the migration towards an e-mobile future is vehicle charging. Regardless the energy storage technology developed, there would be a need to recharge vehicles. Even a hydrogen-driven car would need distribution, filling stations, storage, and a standard fueling interface. The electric vehicle industry has to create and deploy similar systems for each of those aspects of the infrastructure.

In the past few years organizations and coalitions have begun to gel around certain aspects of the e-mobility infrastructure, intending to create the standardized environment that would foment accelerated societal adoption and further next-generation development. The memberships usually include the companies serving their vertical within the overall architecture, and the automakers themselves. 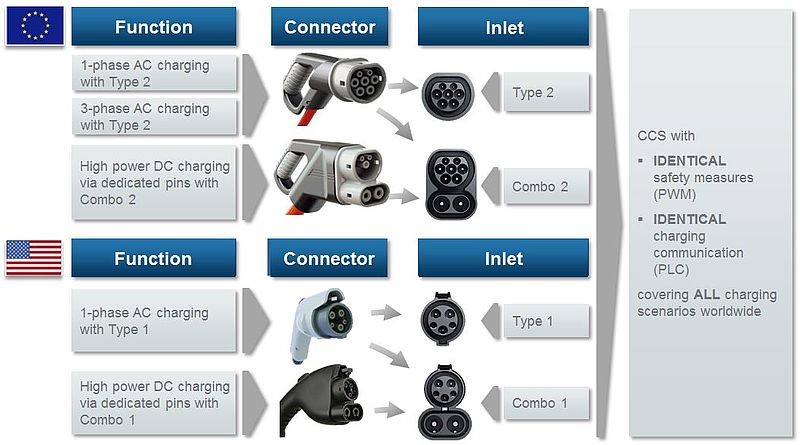 Presented as the world’s only open and universal charging system for electric vehicles, the Combined Charging System (CCS) technology and architecture from CharIN covers single-phase AC, three-phase AC, and DC high-speed charging, in both Europe and the US (Figure 1). The CCS’ main features include the charging process, safety, user authentication, payment authorization, and load-balancing functions. It also provides guidance as to which standards have been implemented in the system.

The international standards implemented in the CCS are expected to evolve in the future, which is why the CCS Specification also enables electric vehicle and charging equipment manufacturers to review functionality, once the relevant standards have been updated and come into force. As the CCS standards evolve, backwards compatibility will be maintained with previous iterations in order to maximize simplicity, ease of use, and security of investment.

The Charging Infrastructure
Another such organization, The Open Charge Alliance, recently announced that it is now supported by 150 members. This comes on the heels of their release of the first maintenance update for OCPP 2, an open-standard communication protocol for Charging Stations and Charging Station Management Systems.

OCPP 2.0 was launched in April 2018, and multiple parties have contributed to the OCPP 2.0 specification by sharing their experiences and implementations, enabling the group to update the specification with this latest maintenance release to OCPP 2.0.1. Improvements have been made in the area of ISO 15118 for both smart charging and security, as well as general security improvements. A better explanation of the Device Model has been added, in addition to other improvements.

The Social Infrastructure
Of course, while charging is a large part of the situation, it is only one aspect of a space with a tremendous number of moving parts (pun intended). Just as the first cars, motorcycles, buses, and trucks had to develop solutions for all of the other aspects of a societal infrastructure, so must e-vehicles, compounded by the more complex task of integrating smart-city systems into the result as well.

One group promoting all aspects of an e-mobile culture, AVERE (The European Association for Electromobility) is an association that promotes e-mobility and sustainable transport across Europe. A non-profit organization governed by the Belgium law, the group’s membership includes various National Associations, EV user groups, NGOs, Public Institutions, R&D Centers, Vehicle and Equipment Manufacturers, and other relevant companies.

AVERE is the only European association representing and advocating for e-mobility on behalf of industry, academia, and EV users at both EU and national levels. On top of advocacy, AVERE provides its members with a knowledge exchange, and ideas on how to stimulate electromobility throughout Europe. They engage in European projects promoting sustainable transportation across the EU, and have often joined other international initiatives to support electromobility.

Driving Forward
Making a great electric vehicle is only part of the solution when it comes to e-mobility. The need to manage, maintain, charge, and operate them in a useful and integrated way is the figurative turtle that the world of EVs must ride upon. Without a standardized and regulated infrastructure, the adoption and development of e-mobility solutions will be significantly restricted.