Make Your Own Video Games With These MakerPro Gaming Solutions

If you're reading this, it's likely you grew up with video games, or at least have been exposed to them for the last 30 years or so.

They can be fun to play, but why not make something that is truly your own? With these semi-DIY gaming systems you can do just that. 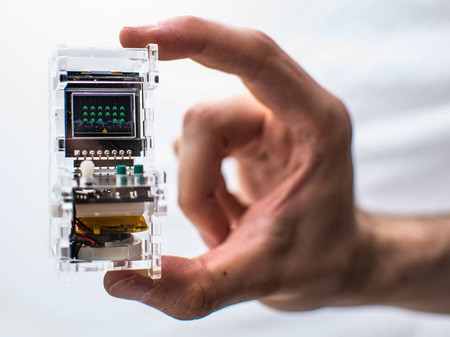 Though all the devices here would have been inconceivable 10 years ago, perhaps no other game here shows off the amount of miniaturization and reduction in price that we’ve seen as well as the Tiny Arcade. This arcade “cabinet” stands at just a few inches tall, and, as seen in the image above, can comfortably fit in someone’s hand. The device can be ordered fully assembled or as a snap-together kit that can be assembled in a few minutes. It features a tiny OLED screen, a speaker, and several games that you can download for free.

Everything is based off of the same 32-bit ARM processor as the Arduino Zero and the design is open-source, so hopefully we will see more games and perhaps even modifications from the community. If you’d rather forgo the tiny cabinet, TinyCircuits has a TinyScreen Video Kit that is even smaller and resembles a miniature PlayStation Portable (PSP). 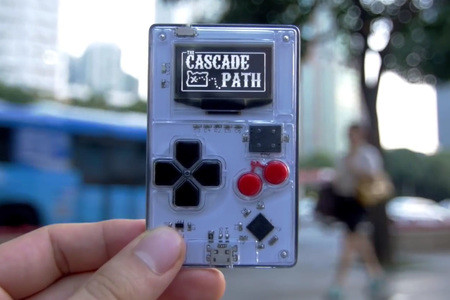 At $49, and with a library of games ready to be downloaded and played, the Arduboy seems like a bargain compared to the original Game Boy, which was $89.95 with only one game. Like the Tiny Arcade, the Arduboy is a recently funded Kickstarter project and is now available for sale. It’s about the size of a credit card, albeit a little thicker, so it could supposedly fit in your wallet when you’re not hammering away at its controls.

Interestingly, the Arduboy can act as a keyboard and mouse for your computer, so in theory it could be used as a gaming controller, or as an interface with other devices that take USB input. Even more exciting, the Arduboy features an open-source design based on the Arduino platform. This means that if you’d like to make changes to how it operates, or even design your own game, it’s not a problem. 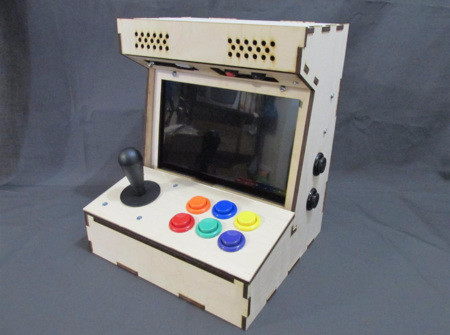 If you’d like something with larger controls that is still small enough that you don’t need three to four friends to get it in your house, perhaps something like this Porta Pi Arcade kit from Retro Built Games would be a great solution. Like the Tiny Arcade, it’s available as a kit, or assembled, though this one will likely take much more time to put together. The full kit comes with most of what you need, including a screen, joystick, and buttons. If you’d like to supply all of your own “guts,” there is a wooden shell kit available for quite a bit less than with all the components.

One thing that’s not included with any of these kits is a processor to run the gaming system. It’s meant for a Raspberry Pi, but you can also insert a small PC or other hardware, meaning that while the mechanical portion is already taken care of for you, the possibilities for how this machine actually works are limited only to your imagination!