The term “secure print” involves protecting printed documents along every step of the document’s life—from the originating application to the target print device and then after it’s in the user’s hands. Secure printing could be a mechanism to keep documents confidential. It could also be a way to ensure that documents are not copied.

The reasons for needing secure printing are many. A simple example is to protect important documents, like banknotes, checks, passports, tamper-evident labels, security tapes, product authentication, stock certificates, postage stamps, and identity cards, just to name a few. As you can see, the list of documents that needs to be protected is quite long. And the volume is those secure documents is quite large. Hence, a need to produce this protected material quickly, often in real time, is of high importance.

What Can Affect the Process

The issues that can affect the secure printing process include:

High-speed inspection is a vital part of the security printing process.

There are many methods that can be employed in which something can be securely printed We will list and define some of the more common ones here.

Now that we know some of the methods that can be employed to keep our documents secure, let’s look at what’s really involved in these methods. For example, you may need to design in and build a new inspection platform into your production line to verify the real-time printing (at the required quality level) without negatively impacting high-speed production. That would typically require the use of high-speed processors/processing and networking capable of handling higher data rates.

Such a production line would need high-speed cameras that would serve two purposes: they would inspect the documents as they come through production. They would also monitor the manufacturing area to ensure that no unauthorized persons are present. That said, the working area for the production of secure documents must be limited so the general population does not have access. And of course, it’s always important to keep costs in line.

Inspecting on the Production Line

One potential solution is to build an inspection platform as part of the production line to verify the printing quality. A workstation-grade high-performance computing platform capable of supporting high-speed cameras for real-time image/video capture and data computing is essential. Ideally, it would be powered by an Intel Core i7 or above microprocessor to ensure that real-time computing.

The Vecow ECX-1210 embedded computer can serve as the backbone of a secure printing facility. It can connect to high-speed cameras and operate in real time.

One vendor who operates facilities in Southeast Asia and Mexico has garnered the technology to effectively produce bank notes and other secure documents. Their techniques include intaglio printing and the use of electronic devices. The heart of a solution like this one could be the Vecow ECX-1210 fanless embedded computer that’s designed with a 9th Generation Intel Xeon/Core i7/i5/i3 microprocessor as well as Intel’s C246 Chipset.

Other features of the ECX-1210 include six Gigabit Ethernet LAN ports, two front-access SSD trays, PCI/PCIe, and various other expansion. The high-performance platform is built to a rugged specification and can operate in extended temperatures (-40°C to +75°C).

The ECX-1210 has the horsepower to accommodate the high-speed cameras used for real-time image capture with minimal latency and little to no downtime. In addition, Power-over-Ethernet (PoE) could be used for the cameras to maximize productivity.

The cost of having documents breached likely outweighs the cost of designing and operating a securing printing facility. Choose the right equipment, and let the experts at Vecow be your guide. 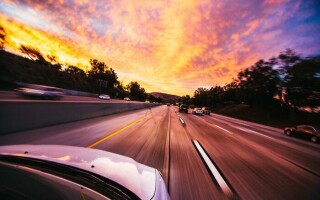 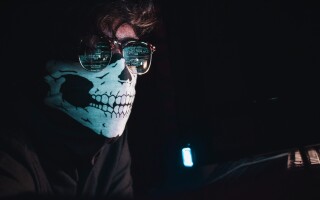