How to tell a Maker from a Maker Pro

A relatively unknown debate has been ramping up between groups of inventors over the past several years concerning the Maker culture and what, if anyt...

A relatively unknown debate has been ramping up between groups of inventors over the past several years concerning the Maker culture and what, if anything, separates DIY hobbyists and those deemed “Maker Professionals.” The answer is simple: While both Makers and Maker Pros do it for the love of engineering, the Pros are generally looking to profit from their designs.

“Open” and “crowd” are buzzwords that can transform hobbyists into Maker Pros. It doesn’t take much to get there, and the line between the two is quite fine. Over the past decade, more companies and manufacturers have released their hardware and software as open source, meaning that users can adapt and modify them to suit their needs and even release their creations to the market without legal recourse, depending on the license agreement. Couple those with the explosion of inexpensive electronics, such as single board computers like the Raspberry Pi, LCDs, and wireless communication modules and you have a solid foundation for creation. Just ask Palmer Luckey.

Luckey is an example of a successful Maker Pro, starting out in his parents’ garage designing and prototyping the Oculus Rift VR headset (Figure 1), using about $300 worth of readily available electronics and turning his invention into a multi-billion-dollar venture set to become an integral asset in the gaming industry. He was able to achieve that level of revenue by selling his idea to a few private investors as well as tapping another valuable tool – Kickstarter. 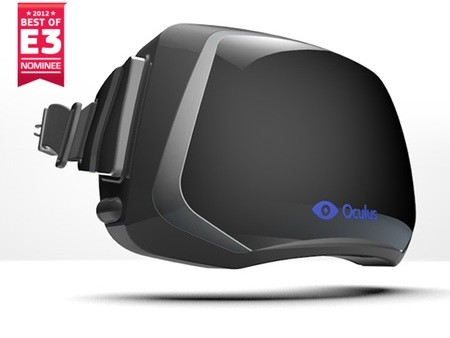 Oculus VR’s Palmer Luckey designed the first prototype Oculus Rift VR headset in his parent’s garage in 2011. Later this month, it’s set to be used by gamers in living rooms all over the world.

Beyond prototype or “one-off” items, some Maker Pros turn to crowdfunding websites such as Kickstarter, IndieGoGo, or RocketHub when they need to get their latest ideas funded. For a select few, they turn their projects into multi-million-dollar endeavors. Some of the more notable ventures include:

· Pebble Technology’s Pebble Smart Watch took in $10.2 million with a pledge goal of $100,000 from Kickstarter

· Ryan Grepper’s Coolest Cooler took in $13.2 million with a pledge goal of $50,000 from Kickstarter; however, this one doesn’t have a happy ending.

· Skully Systems’ Smart Motorcycle Helmet took in $2.4 million with a pledge goal of $250,000 from IndieGoGo

Cull the herd on any crowdfunding site and you’ll find hundreds of people who took the chance on their ideas becoming a hit. You’ll also find varying arrays of success for all those people.

Suffice it to say, there are many more successful Makers who have crowdfunded their projects and continue to do so while generating revenue for their ideas. Video games, mobile apps, movies, robotics, art, wearable technology, and smart devices are just a few categories Maker Pro have capitalized while making the move from DIY hobbyist.

One impressive story that comes to mind happens to be one of my customers (yes, I consider myself a Maker Pro). I developed a CNC lathe, not something I started out to design, but glad I did. My lathe helps others fab their ideas. One customer wanted to make duck calls since he was an avid hunter. After seeing how easy it was to use the lathe, he made dozens for his friends. Word spread, and after a few months, he has four lathes cranking out duck calls all day. He admitted that his once hobby now nets about $50,000 a month during peak seasons. He has since retired and passed the business along to his daughter.

Do you have a hobby you enjoy? Perhaps you can contribute to the industry. With the readily available tools and materials, the thin line between the hobbyist and professional can disappear with one great idea.

Cabe Atwell has been an electrical engineer for 17 years,
but a creator for 30. He claims to be an engineer, machinist, writer, designer,
maker, and inventor. He’s built and sold CNC equipment, paintball guns and
accessories, a drink-mixing robot, motion-control products, LED lighting
systems, motor drivers, haunted house effects, audio devices, circuits for an
array of products, and countless custom work that would take too long to name.