It?s a wonderful gift that the PICMG was brought to us with the approval of the pinout for the new high-performance COM?HPC Computer-on-Module specification.

It’s a wonderful gift that the PICMG was brought to us with the approval of the pinout for the new high-performance COM?HPC Computer-on-Module specification. The final specification, expected to be released early 2020, will bring great joy to the world of edge server designs. For the very first time, we will be able to address embedded edge servers with Computer-on-Modules that can accommodate up to 8 DIMM sockets and that have enough high-speed Ethernet connectors to satisfy even the most sophisticated 10+ GbE switching needs.

In addition, they also deliver an extensive set of high-speed PCIe extensions for heterogeneous computing demands such as AI and machine learning. It is an industry first that an open standard addresses performance needs of more than 200 Watt TDP for the processor alone, enabling not only socket but also vendor independent performance upgrades of edge severs. The sum of all these features and capabilities brings embedded servers on par with their relatives in the data centers. This truly is a revolution for the embedded edge server market.

Normally, the entire rack system, or at least the entire motherboard, must be replaced to gain more performance. Some vendors have even developed proprietary modules to change the processor. But this does not deliver the benefits of an open standard. This can now change with the new COM-HPC server class of modules and the tremendous benefits it offers. Thanks to COM-HPC modules, edge server performance upgrades will cost only half as much as traditional performance upgrades because only a small component needs to be exchanged.

This is a perfect setup for all upcoming edge server designs, reducing CapEx (Capital Expenditure) for the next generation while increasing ROI (Return-on-Investment) by extending the lifetime of the initial edge server investment. The evolving subscription-based Server-as-a-Service business models will speed up the expected fast adoption of the new PICMG specification even further as increasing workload capacity at a given size and Watt footprint will be the major driver for future upgrades in pay-for-performance business models.

It is also a great bonus that the PICMG managed to get all key market players, including semiconductor manufacturers such as Intel, around one table in the COM?HPC technical subcommittee, thereby making sure that the standard will be the best fit possible for future processor generations. What we will get with the next generation of semiconductors is incredibly impressive. I don’t want to repeat rumors and leaks, but expect more performance at the same TPD levels, which is self-explanatory as improved manufacturing processes are in sight. Now think about what this means if the modules can be switched.

Do you see the benefits of such standardized modules? In the embedded computing sector it is standard to have system designs that use the third or sometimes even the fourth module generation running on the same carrier board that was initially designed in the early 2000s and that is still used to cater for legacy applications with massive serial interfaces – just as an example. It will be amazing to see smart edge servers for tactile internet utilizing the same approach. As we are entering into this new area of connectivity today, it is time to set up similar milestone edge server designs that will eventually last for many decades.

COM?HPC will not substitute but extend the existing PICMG COM Express module standards with new solutions that move in the direction of headless edge server and more multifunctional edge client solutions. But if you are unsure whether you should continue with COM Express Server?on?Modules or switch to COM?HPC, just give us a call. The PICMG is always at your disposal. 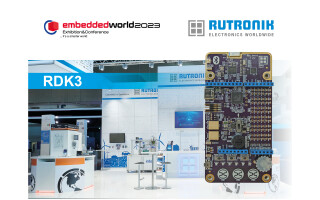