Qualcomm's acquisition of NXP and the cost of doing business

Those of us in the media, at least, started hearing rumors of NXP being acquired almost as soon as they completed the purchase of Freescale late last...

Those of us in the media, at least, started hearing rumors of NXP being acquired almost as soon as they completed the purchase of Freescale late last year. Yesterday, that came to fruition.

Qualcomm entered an agreement to acquire NXP Semiconductors for an estimated $39 billion on Thursday morning, a deal that will create the world’s third largest pure semiconductor company behind Intel and Samsung with projected annual revenues of more than $30 billion. The purchase nets Qualcomm market-leading positions in the fields of wireless, processing, and security, and also provides the company with an opportunity to diversify its portfolio as the consumer smartphone/mobile market continues to plateau – according to a letter from Rick Clemmer, CEO of NXP Semiconductors this morning, the combined company will be able to offer scalable solutions for automotive, networking, and, of course, the Internet of Things (IoT). 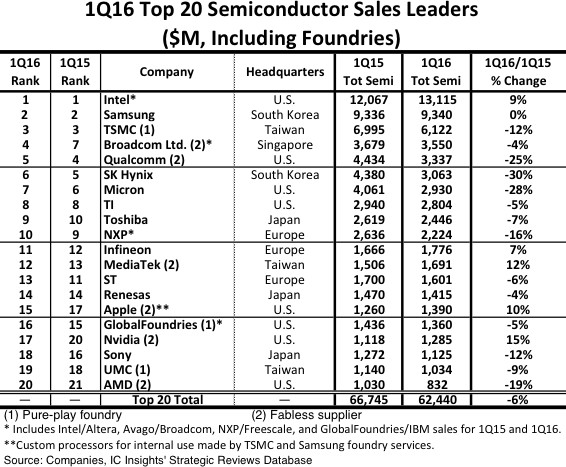 The cost of doing business

Given the magnitude of the acquisition, which is the largest deal ever in the semiconductor industry, the transaction isn’t expected to complete until the end of the 2017 calendar year. Until then, Clemmer wrote, “it will be business as usual” for NXP employees, a conventional response in such situations. However, the implications of the combined Qualcomm/NXP are much farther reaching.

On the engineering side, the vestiges of Freescale’s tradition of research and development coupled with the aggressive technological innovation of Qualcomm (see the patent wall in Qualcomm’s headquarters) will hopefully create a culture of advancement that serves industry well. Given the engineering talent Qualcomm has amassed and the increased access to technology, tools, and resources from across the two organizations now at their disposal, the likelihood of market-altering products on the order of the i.MX, Snapdragon, and Power architectures would appear to be trending upwards. In this regard, at least, bigger is certainly better.

From a business perspective, the acquisition of NXP actually opens up an old can of worms for Qualcomm. As you may or may not know, about a year ago Qualcomm heavily considered spinning off its patent licensing from its chipmaking business, but decided against it after an extensive internal strategic review. The reasons for the potential split were largely financial, as stagnant revenues prompted shareholder interest in creating a separate organization of Qualcomm Licensing Technologies (QTL) – which accounts for 31 percent of the company’s total revenue but 74 percent of its operational income; Qualcomm’s chip business, Qualcomm CDMA Technologies (QCT), accounted for the reverse (67 percent total revenue and 26 percent of operational income). 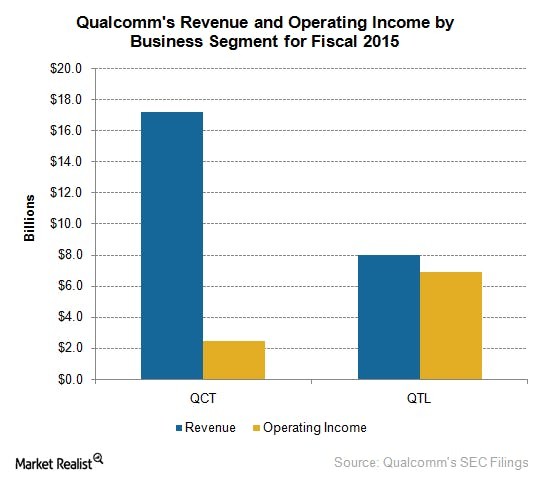 While initially staggering, those numbers are to be expected when one considers the cost of doing business in the semiconductor industry. However, adding NXP’s broad portfolio of semiconductor solutions that currently ranges from low-power microcontrollers (MCUs) to sensors to power management may bolster the QCT portfolio enough to warrant a standalone entity, providing each division of Qualcomm’s business with the agility to be successful moving forward.

Of course, only time will tell as Qualcomm/NXP begin down the long road of integration. As they say in M&A, it typically takes six months just for a buyer to figure out what they’ve bought.