Today, wireless networking technologies like WiFi and Bluetooth have taken over a huge amount of the world’s short distance data transmission duties. While running the cable can be relatively expensive, the cable itself is cheap, and contains containing 8 individual strands of wire to carry signals.

What about using these strands for other signals? For that matter, while the RJ-45 connectors are generally used to plug these cables into various devices, what if you instead treated connectors as optional? The wire gauge of each individual wire is nominally rated at 24 AWG, which is generally marked on the outside of the overall cable. In theory, this means that you could pass low voltage/current control signals of any kind from one place to another using these individual strands.

This isn’t always the proper solution, and you’ll want to consider the individual wiring situation, but this readily available bundle of wire is something to keep in mind when you need a handful or so signals to go from one location to another. It is much easier than running each cable individually, which you can then break them out on either side. You can even use RJ-45 connectors on one or both ends, but whether this is a good idea is explored further down.

When properly stripped and connected, you can run signals one way or another as you choose. For example, you might run ground through one line, and several Arduino inputs and outputs through the others. Presuming you do not use all 8 of your connections, you’ll be left with spares for further expansion without running more cable.

Of course, you will want to ensure you’re not pumping too much power through any individual strand. However, if you stick to low voltage signals with a combined load of under 1 amp, this type of connection should be sufficient.

With the exception of PoE, it’s rare to find Ethernet cables designed to be used for non-Ethernet purpose, and perhaps for good reason. If you did not build it yourself, or even if you did, you might be tempted to plug what looks like an Ethernet connector into an actual Ethernet jack. Whether this would cause problems would likely depend on the situation.

On the other hand, I have seen an industrial PLC that had a port that looked like Ethernet, but was not, trashed by simply plugging an Ethernet jack in from a computer. While there was a warning label on the PLC, this still seems like bad practice design-wise. And no, I was not the person who made this mistake, though I should have been quick enough to warn the other engineer to the danger when I saw what he was doing.

One example where this type of connectivity appears to have been used is with the mBot robot. It features (or featured) an RJ45 connectors that connect the case unit to peripherals. Interestingly, the device is now discontinued. While I have no evidence one way or another, one must wonder if a fried router , or two, had something to do with this. An Ethernet and relay-based idea that for better or worse I never quite implemented (Image Credit: Jeremy Cook)

So perhaps attaching actual RJ45 connectors to Ethernet cable and using them for whatever you want is not a great idea. In some cases, you might consider a full PoE (Power over Ethernet) setup to supply power and IO to a remote device. This of course has some drawbacks, such as the need for extra equipment such as a PoE injector, but it is a widely known and standardized technology.

On the other hand, I have used this style of cable with good success for a client that needed to connect a number of distributed low-power devices in an escape room. Here, this was an ideal situation, especially considering the protective outer layer of the overall cable. As with any other engineering solution, one must weigh the pros and cons of using Ethernet cable in non-traditional ways. It is certainly something to consider when you need to simply get a signal (or seven) from one location to another! 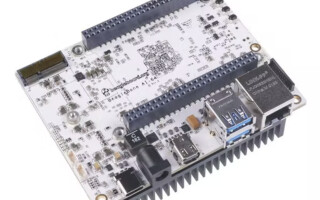 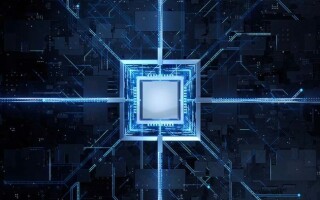