Almost 31 years ago National Instruments (NI) introduced LabVIEW, one of the first visual programming languages and design environments for system development. As Jeff Kodosky, a co-founder, technology fellow, and the “father of LabVIEW” at NI explained at this week’s NIWeek in Austin, TX, “In the beginning, we were just aiming to help engineers automate their testing.”

Today LabVIEW is used in the creation of not only test automation systems, but also data acquisition, signal processing, control, and embedded applications across many industries. However, as LabVIEW evolved to meet the requirements of increasingly complex systems, some of the simplicity enabled by LabVIEW’s graphical ‘G’ programming language that allowed even non-programmers to develop applications was lost. With millions of basic sensor data acquisition and control devices set to join the Internet of Things (IoT) in coming years, a version of LabVIEW that once again reduces the barrier to entry for system programming.

LabVIEW NXG: The next generation of LabVIEW

On Tuesday National Instruments made a joint release, announcing LabVIEW 2017 alongside version one of the next-generation LabVIEW development environment, LabVIEW NXG.

LabVIEW 2017 represents a progression of the traditional LabVIEW software ecosystem through performance enhancements and compatibility with existing LabVIEW tools. Major improvements in LabVIEW 2017 include:

On the other hand, LabVIEW NXG is a fresh codebase that was created using modern development tools. While it shares the same graphical G programming language and compiler with conventional LabVIEW, LabVIEW NXG re-emphasizes ‘ease of use’ through visual, configuration-based software development that empowers scientists and engineers who may lack programming expertise (click for a comparison of LabVIEW 2017, LabVIEW NXG 1.0, and LabVIEW NXG 2.0 (beta); Figure 1). 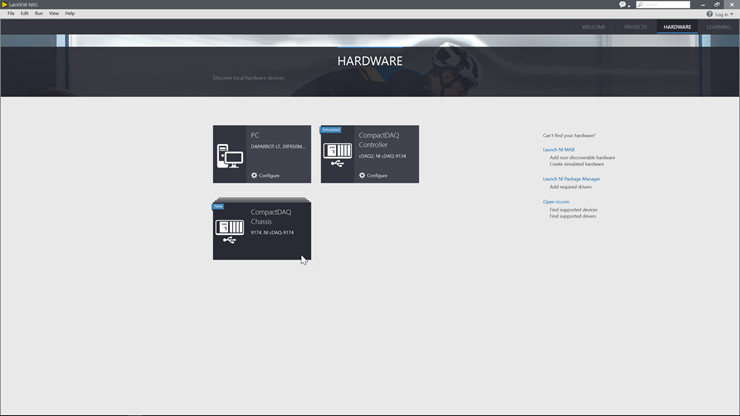 “We’ve been focusing on adding additional features to LabVIEW for some time, but the last time we focused on really making LabVIEW easy was in LabVIEW 7 in 2003,” says Kyle Voosen, Senior Business Segment Manager for Physical Test Systems and Industrial IoT at National Instruments. “What we’ve done with NXG is bring the ease of use features that our customers have come to expect – instant access to data acquisition, measurements, interactivity, and no programming required to acquire data, which brings us to our core of LabVIEW users, who are the engineers, scientists, and innovators who want to acquire data, analyze that data, and present it in a way that makes sense to them and their customers.”

Among the key features of LabVIEW NXG are automatic hardware discovery and configuration, automatic driver download and installation, and the ability to easily transfer virtual instruments (VIs) that represent physical system hardware into a programming workflow. A “zoom” feature is also present in the new environment, which allows LabVIEW NXG users to drill down into specific VIs (a feature that was much appreciated by NIWeek 2017 attendees). NXG currently supports more than 400 drivers that NI officials say account for more than 80 percent of the hardware platforms in use with LabVIEW software today, and additional support for NI’s entire embedded product line and third-party platforms will be rolled out in subsequent versions.

Jeff Phillips, Section Manager, Software Platform Market at NI demonstrates the capabilities of LabVIEW NXG using a CompactDAQ chassis and vibration sensors in the video below.

LabVIEW NXG does not currently contain all of the features found in LabVIEW 2017 as National Instruments engineers work towards ensuring compatibility between the two codebases, but over the next few years will contain a superset of the functions found in LabVIEW and the two product lines will merge. Existing LabVIEW users have the option of using both LabVIEW 2017 and LabVIEW NXG, while new customers will be steered towards the latter.

Another major announcement to come out of NIWeek 2017 was the introduction of two Time-Sensitive Networking-enabled (TSN-enabled) CompactDAQ chassis, the cDAQ-9185 and cDAQ-9189 (Figure 2). The cDAQ platforms follow CompactRIO platforms as the latest Ethernet TSN products in the NI portfolio, and are capable of achieving sub-microsecond synchronization timing over standard Ethernet for sensor-based data acquisition systems operating at the Industrial IoT network edge. 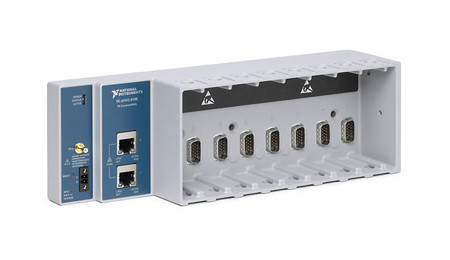 [Figure 2 | The cDAQ-9189 is an 8-slot TSN-enabled Ethernet CompactDAQ chassis for sensor-based data acquisition at the IoT network edge.]

The importance of TSN technology cannot be understated in the IIoT, as it promises to solve many of the physical layer interoperability challenges that have thus far prevented large scale integration of operational technology and information technology networks. Due to its precision timing, TSN also allows compute resources to be positioned flexibly across IIoT architectures and serve multiple distributed systems, possible through drivers such as NI-DAQmx that automatically synchronize multiple chassis and abstract their findings into higher level software applications.

Modular hardware and software solutions like TSN-enabled CompatDAQ and LabVIEW NXG will help accelerate IoT deployments by providing the high performance and functionality required by complex applications while also lowering the barrier to entry for domain experts building IoT solutions.

For more on these trends, watch a video interview with NI’s Kyle Voosen below.