On July 27 and 28th, the United States Congress passed a historical piece of legislation, a bill positioned to advance semiconductor manufacturing in the U.S. now just awaits President Biden to sign it into law.

The Creating Helpful Incentives to Produce Semiconductors for America, or CHIPS Act of 2022, passed with bi-partisan support in the House and Senate with margins of 243 to 187 and 64 to 33, respectively. The passing vote marks the first time Congress has approved federal funding for semiconductor research and manufacturing.

The CHIPS Act is positioned to create tens of thousands of jobs and reduce chips costs by subsidizing the construction, expansion, and modernization of semiconductor fabrication and assembly plants in the U.S. such as the Columbus, Ohio facility Intel is currently planning. The increase in domestic semiconductor manufacturing capacity will also help protect U.S. interests amidst global tensions and supply chain uncertainty.

The AP reports that Taiwan Semiconductor Manufacturing Company, or TSMC, produces 90 percent of the world’s most advanced semiconductors whereas none are currently made in the U.S. If this supply was to be cut off for any reason, U.S. companies and government organizations such as the Department of Defense would immediately struggle to compete with foreign corporations and nation states on the technology front.

Taiwan and neighboring China both currently benefit from government-backed chip manufacturing subsidies. Presuming Presidential approval, the CHIPS Act will provide similar advantages for chip companies already producing semiconductor chips in the U.S. and incentivize others to bring their manufacturing stateside as well.

Time to CHIP In

Despite these advantageous propositions for the U.S. economy and national defense, the bill was not universally supported. U.S. Senator Bernie Sanders opposed the bill, reasoning that leading semiconductor companies don’t need the $52 billion in federal funding and additional tax incentives to remain competitive globally or afford increases in production capacity.

“The five biggest semi-conductor companies that will likely receive the lion’s share of this taxpayer handout, Intel, Texas Instruments, Micron Technology, Global Foundries and Samsung, made $70 billion in profits last year. Does it sound like these companies really need corporate welfare?” stated Sanders.

He was joined by detractors on both sides of the aisle.

Even with the dissent, the CHIPS Act is poised to have a significant impact on the U.S. economy that reaches far beyond the electronics industry. According to President Biden, “It will lower the costs of everyday goods. And it will create high-paying manufacturing jobs across the country and strengthen U.S. leadership in the industries of the future at the same time.”

However, building new fabs, employing skilled labor, and creating regulations for these businesses is not something that can be achieved overnight. It will be years before the U.S. economy reaps the benefits of a consistent supply of home-grown semiconductors.

But that’s still lightyears ahead of where the country was just a few months ago. 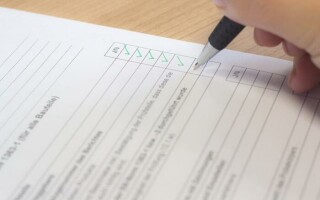