There's been endless speculation and a fair bit of skepticism around the viability of gallium nitride (GaN) derived power devices, but Dialog Semicond...

There’s been endless speculation and a fair bit of skepticism around the viability of gallium nitride (GaN) derived power devices, but Dialog Semiconductor believes it’s cracked it. GaN-based power devices promise high efficiency combined with high breakdown voltages, low on-state resistances, and fast switching properties simultaneously. In layman’s terms, this better facilitates the fast charging capabilities today’s consumers demand and may finally signal the end to the huge external power bricks we all must transport alongside our near paper-thin laptops. The end-game is combining your phone, tablet, and laptop chargers into an easily transportable and universal device.

Of course this is no time for introducing new proprietary power connectors, especially when the industry is trying to achieve the opposite. Such GaN power adaptors will employ USB Type-C, which can safely carry 100W and distribute that power along an almost endless daisy chain. 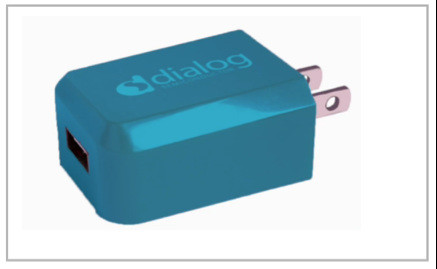 The technology itself isn’t new: it’s long been used within the semiconductor industry. What’s new is its deployment in power electronics, where it enables the fastest and most efficient power transistors on the market. To consumers, they mean added convenience. To a datacenter or anywhere housing large racks, they promise an energy waste reduction of up to 30 percent. 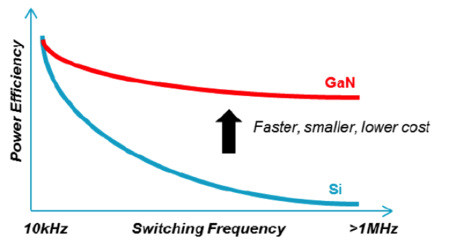 By example, Dialog Semiconductor’s GaN-based DA8801 monolithic 650V half bridge provides >50V/ns power switches and halves the power loss, size, and cost over any alternative. Part of their SmartGaN wall-to-battery platform, as it ‘says on the tin’, aims to drive their technology from wall AC into the devices themselves, promising >91% efficiency from start to finish. The platform is inherently scalable from <25W smart phones to >1kW server infrastructure. Power efficiency is, of course, big business these days, with both the revolution of IoT and environmental consciences and legislation driving it like never before. Wearables demand an increased focus on battery life. In fact, the Xiaomi Mi Band 2 I’ve worn on my wrist for the last two weeks is powered by a Dialog Semiconductor DA14681 Bluetooth device and still has 20 percent battery life remaining today. This is what consumers want – not daily charging. 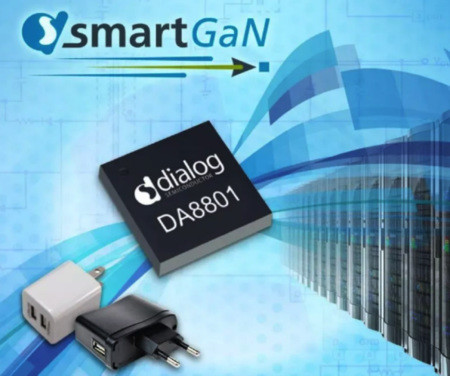 The reality is we consumers want everything better: better performance, high brightness LCDs, fast charging – and it’s that last feature that’s been all over the news of late. Yes, consumers want these features, but they also demand the same safety and reliability they always have. It appears some manufacturers attempt to rush these features to market to claim the industry first prestige, but that initial prestige quickly flips to a reputational crisis if it all goes wrong. Recalls not only inconvenience the consumer, they cost manufacturers millions in cost and future sales. Pushing electronics harder than ever before, true of fast charging, true of GaN derived power ICs, carries inherent risk that must be properly managed. We’re told GaN power adapters are ready – so when can I get mine?