Qualcomm recently announced the X24 LTE modem, which boosts throughput to 2 Gbps while lowering power requirements based on 7 nm technology.

Qualcomm recently announced the X24 LTE modem, which boosts throughput to 2 Gbps while lowering power requirements based on 7 nm technology. These advancements help the movement toward 5G with increased performance to improve user experience quality while optimizing network efficiency and energy consumption.

Impressive technical numbers, but what does this really mean to the mobile industry and subscribers? I talked with David McQueen, ABI Research Director for handsets and device platforms, to find out.

David has been tracking mobile devices since 2000. David noted that Qualcomm has always been a lead component in the mobile phone market from a client and customer perspective. Qualcomm has been involved with LTE modems and RF for a long time, but this announcement fills out an LTE product portfolio that encompasses high end applications and user experience expected to be prevalent as 5G rolls out.

"As an LTE modem play, Qualcomm has been a leader in smartphone arena. Samsung and Huawei have been trying to create their own modems, but Qualcomm has a heavy lead in this space” McQueen noted. “The announcement of the X24 Snapdragon LTE modem helps the smart phone user with faster response, ability to run virtual reality applications, faster upload to cloud based storage, and almost instantaneous app usage. The X24 provides a proper broadband experience for the things emerging for LTE and coming with 5G. From an operator perspective, the X24 also provides network efficient use of spectrum for LTE and 5G."

Two years ago, Qualcomm launched the X16 which was the first gigabit class LTE modem. The X16 provides user experiences for things like 360 degree cameras and virtual and augmented reality (VR/AR) to push services on their products.

With this new X24 announcement, Qualcomm also announced Telstra and Ericsson have plans to leverage this new technology. David observed that the X24 announcement also seems to be a stepping stone to the X50 5G modem, which is planned for sampling next year. The X50 is expected to use the X24 as the fallback to gigabit LTE. Qualcomm has announced a roadmap of silicon and processing power to 5G for the next two years.

Pricing is still an unknown, but David expects the adoption to go similarly to any new technology introduction – the parts will show up in high-end devices first until the cost model makes the technology mainstream.

Another interesting bit of information involves a research paper comparing the performance of Cat 16 Gigabit LTE smartphones with Cat 12 smartphones. The study used very common mobile data applications with the testing being done in LTE-Advanced networks that didn’t necessarily support Gigabit LTE data rates. The goal of the study was to demonstrate performance benefits of Cat 16 smartphones regardless of mobile data application and LTE network version under a variety of radio conditions[4].

The user experience measured frame freezes, and frame impairments of video streaming to determine user quality and bandwidth efficiency across LTE networks supporting anywhere from one to four LTE radio channels. There is also a comparison between Cat 16 Gigabit LTE and Wi-Fi included in the study.

5G is coming and with the Qualcomm announcement of the X24 LTE modem and its performance, network efficiency, and power benefits, the path to 5G is being paved by device components that will be able to take advantage. 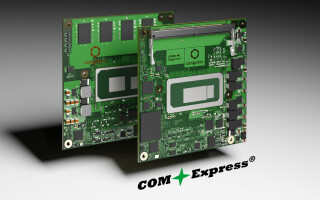