The Internet of Things (IoT) is growing quickly and already billions of tiny devices like smart sensors and actuators have been deployed. Typically, they are sensors used to gather information and sometimes influence the environment, usually in a small way, seeking to improve aspects of life such as sustainability, safety, and business performance.

An individual IoT network can contain just a few nodes, or tens, hundreds, or thousands of nodes. They can be deployed within a confined space or throughout a large geographical area such as a large farm, an industrial site, a city, or even across borders.

Maintaining a large network of IoT endpoints can be challenging. While firmware updates can usually be applied remotely over-the-air, physical maintenance such as replacing discharged batteries is labor-intensive and expensive: A responsibility best avoided by ensuring the battery contains enough energy to meet the deployed device’s demands for its entire operating lifetime.

As each successive generation of new ICs leverages advanced process technology and innovative circuit designs to reduce power demand, and increasingly sophisticated application software maximizes use of power-saving sleep modes, it has become possible to design small devices that operate for a decade or longer from a single coin cell.

This can be long enough to eliminate any need to change the battery during the system's operating lifetime. Sometimes, however, more needs to be done to reduce the overall energy demand to a level that can be met using a suitable battery.

In a wireless sensor or actuator, the radio subsystem typically consumes the most energy. Some engineering here, through technology selection and adjusting aspects such as the bit rate and duty cycle, can significantly influence the power consumption and lifetime energy demand. The communication range needed, and the costs of hardware, licenses, and any network subscriptions, are key factors governing radio technology selection.

Figure 1 compares popular standardized technologies. Hardware modules, software, and design knowhow to help get a solution up and running based on any of these technologies are all readily available. Within the relatively unchangeable constraints of range and cost, some choices can be exercised to influence power consumption through radio technology selection. Figure 2 shows how Zigbee may be the most efficient choice for a short-range and low-data-rate connection, while Bluetooth can make more sense if a higher data rate is needed. For longer rages, fewer alternatives are available and the difference in power consumption is less pronounced. It may be possible to trim the radio subsystem energy demand by reducing the duty cycle; by capturing less sensor data; or by pre-processing within the endpoint to discard unneeded information. But it can still prove impossible to cut system energy demand down to a quantity that the desired battery can provide. If the difference is small, fitting a larger battery could be considered. However if the difference between supply and demand is too great, or a larger battery is not practical for some reason, a system to harvest ambient energy can be introduced. It can be used in conjunction with the battery to make up the shortfall, or may negate the need for a battery at all and thereby enable the device to have an essentially unlimited lifetime in the field.

The choice of best ambient energy source for any given application depends on several factors, including the energy demand of the application, the sources available, and the times and intervals at which the most energy is needed.

As Figure 3 shows, solar cells deployed outdoors can be a generous source of harvested energy. However, the sensor may need to be installed in a location that receives little daylight or that is partially covered in shadows or could become obscured by movable objects. In the right condition, thermal energy harvested from an industrial process by a thermoelectric element and kinetic energy harvested from machine vibrations using a piezoelectric device can be viable alternatives (Figure 3).

The size of the harvesting module – whether solar, thermoelectric, or piezoelectric – also needs to be considered in relation to application constraints.

Whichever approach is chosen, ambient energy is not always available in a harvestable form. A solar panel cannot generate electricity during darkness, and a thermoelectric or piezoelectric element can only harvest energy when the process or machine is operating.

To overcome this, an energy harvesting system is typically used to a charge a battery or capacitor for later use when ambient energy is not available. An energy-harvesting power-management IC (EH PMIC) is needed to handle the flow of energy between the harvesting system, the energy storage medium, and the application, and to provide the right supply voltages for both the battery's charging and the application.

A typical, conventional EH PMIC is optimized to work with a specific type of energy harvester, and usually only one input is provided. However, multiple sources may be needed to satisfy a large overall energy demand. These may be several harvesters of the same type, placed in different locations, or the designer may need to capture energy from different ambient sources.

But connecting multiple harvesters to the system would require either a separate EH PMIC or additional interface circuitry for each, introducing extra cost and complexity, increasing the footprint, and raising power consumption. Trameto’s patented, flexible EH PMIC overcomes this by letting designers connect multiple energy harvesting devices directly to the same device (Figure 4).

An energy-harvesting system can be used to augment or replace a battery in remotely deployed IoT devices and save the overhead associated with battery replacement.

Various harvesting technologies can be considered, including solar cells, thermoelectric, and piezoelectric devices to capture solar, thermal, and kinetic energy, respectively. All have limitations, and ambient energy is not available continuously. Multiple individual units or a variety of different types of harvesters may be needed to meet the overall system energy demand.

This is difficult to achieve using traditional EH PMICs that are designed with a single input. The next generation of devices offer the chance to connect multiple harvesters of the same or different types, helping designers of IoT endpoints make the most of the energy sources available in the environment and hence maximize economy as well as sustainability.

Trameto’s CEO and Co-Founder, Huw Davies, is a technology business leader with general management, founder roles, product marketing, business development and sales. He has worked in both start-ups and multi-national corporate organisations. His experience spans global business development, operational and financial management, licensing technology transfer, and collaborative research/commercial partnering. Huw’s background is in semiconductors and consumer electronics, and he has extensive experience of working in Silicon Valley. He holds a BSc and PhD from Cardiff University and an Executive MBA from the University of Bath.

Huw is a technology business leader with general management, founder roles, product marketing, business development and sales. He has worked in both start-ups and multi-national corporate organisations. His experience spans global business development, operational and financial management, licensing technology transfer, and collaborative research/commercial partnering. Huw’s background is in semiconductors and consumer electronics and he has extensive experience of working in Silicon Valley. 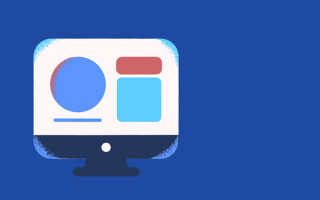