Shortly after acquiring semiconductor IP vendor ARM last fall, Softbank CEO Masayoshi Son predicted a future with 1 trillion connected devices. Although it’s unclear exactly how Son reached that number, what is undeniable is that, however many devices are eventually connected, the majority will belong to the Industrial IoT (IIoT).

Meanwhile, telecom companies in the U.S. and elsewhere have begun planned shutdowns of legacy 2G cellular networks that have served industrial machine-to-machine (M2M) applications for more than a decade, leaving a void in the IIoT connectivity landscape. This void has created an opportunity for low-power, wide-area network (LPWAN) technologies that – while not suited for the latency, determinism, or quality of service (QoS) requirements of high-value or safety-critical systems – do offer the low cost and simplicity necessary to connect scores of devices and applications that could not afford to be networked previously.

While not mandatory for inclusion, many of today’s LPWAN solutions operate in unlicensed spectrum at sub-GHz frequencies where they target low data rate (bits per second throughput), non-real-time systems in markets such as agriculture, utilities, and mining that require ten or more years of battery life. Given the greenfield potential of never-before-connected devices in these sectors, Lee Ratliff, Principal Analyst for Connectivity and IoT at IHS Technology says that standards such as LTE Category-M1, LTE Category-NB1 (formerly NB-IoT), LoRa, Sigfox, and other proprietary implementations have emerged as competitors in a race to the bottom of IIoT networking.

“Up until now, the only solutions the IIoT has had essentially are 2G and 3G cellular M2M, which are fairly expensive solutions, and not just in terms of the initial cost,” Ratliff says. “Today 2G has gotten down to $5-$7 in terms of module cost, but there’s provisioning, SIM cards, usually a technician truck roll to get these things going, and then there are ongoing service costs. The LPWAN standards promise to reduce all of that by orders of magnitude.”

Of the major technologies currently occupying the LPWAN space, Ratliff identifies LoRa and Sigfox as market leaders, with LTE standards lagging due to late moves towards standardization. Of the alternatives, each looks to address one or more of three technology use cases, as Will Yapp, Vice President of Business Development at LoRa network service provider Senet Inc. explains.

“On the technology side, we break the total addressable market for LPWAN into three different technology use cases: uni-directional communication, which is just the device communicating up to the network; bi-directional, which is some command and control over the endpoint as well as having it communicate up to the network; and then devices in motion or mobility, which are things like asset tracking and fleet tracking,” Yapp says.

“LoRa was the only one of SigFox, Ingenu, and LoRa that covered all three of those,” he continues. “SigFox is predominately a uni-directional solution. Ingenu is both uni-directional and bi-directional but doesn’t address devices in motion, and the 2.4 GHz range that it uses is limited in terms of range and overall interference issues, especially when you get into cities and smart buildings. LoRa gave us the biggest, broadest market and the most access to technology going forward.

“LoRa also gave us the best chance of limited interference on the 900 MHz ISM band, as long as you don’t have two 915 MHz base stations sitting right next to each other,” Yapp says. “There’s a very low likelihood that that spectrum will ever be reallocated. As a matter of fact, governments have been using 900 MHz since the creation of radio access technology.”

Service providers like Senet represent an interesting development in the communications market, as the lack of timely 3GPP standards enabled them to build out their own infrastructure and adopt similar revenue models around monthly data usage. Senet, for example, deploys 8- to 64-channel LoRa base stations capable of scaling from localized urban deployments to supporting millions of devices over geographies of up to 1,000 square miles each.

“We’re the only network service provider that has implemented a network control system that allows us to implement devices that can be handled by any of the gateways on any of the channels and do some adaptive data management across those channels,” Yapp adds. “It gives us a great sense of scale.”

Narrowband LTE: The elephant in the room

One force working against technologies like LoRa is the affinity of major carrier for 3GPP standards, which Ratliff speculates could drive them to throw their weight behind LTE Category-M1 and -NB1 technologies once they are both fully off the ground (LTE Category-M1 is being rolled out, Cateogry-NB1 is scheduled for initial deployment at the end of this year). In this regard, a significant advantage of both narrowband LTE technologies is that a worldwide network infrastructure capable of supporting them is already in place, which Craig Miller, Vice President of Worldwide Marketing at Sequans Communications says enables “just add water” software updates to get the new LTE standards up and running.

“It’s an existence issue, and LTE exists,” Miller says. “Couple that with telco qualities, the five-nines reliability, security that’s built into the network systems, the authentication, the SIM authentication regimes. These are proven and robust technologies. You’ve also got the longevity assurance of these networks. LTE players have spent billions of dollars on spectrum and network deployments to cover their geographies. The long-term availability of those networks is not in question.

“Now along comes LTE Category-M1 that can use that same network,” he continues. “You don’t have to build any new towers, no new backhaul. I just have to do a software upgrade to my base stations to enable those narrowband channels and schedulers. It’s a pretty low cost, low investment to get this new stuff onto the existing network. Everywhere Verizon radiates LTE today, they will radiate Category-M1 by the end of March. That’s how fast they can deploy.

[Figure 1 | The Sequans Communications Monarch system on chip (SoC) was the Category-M chip certified by Verizon.]

One way that the 3GPP’s narrowband IoT LTE standards have been able to compete with the likes of LoRa, Sigfox, and others is by reducing the number of antennas from two to one, which saves complexity and thus cost. Still, in such a competitive market, “you’re looking at the very best Category-M1 module pricing being $10-$12 and the very best Sigfox pricing being $2,” Ratliff says. “Any way you slice it, you’ve got a factor of five there.”

Miller correctly points out that each option serves certain use cases, with Category-NB1 and Category-M1 solutions each moving further down the predictability, reliability, and determinism continuum of risk from other LPWAN technologies. As so often is the case, this leaves device manufacturers with the task of selecting the most cost-effective solution for their application needs.

Regardless of technology choice, however, the emergence of LPWAN technology is set to unlock value in the industrial space that has yet to be seen. For everyone in the IIoT industry, Ratliff says, that’s a win.

“To enable 1 trillion devices you have to have connectivity solutions that cost pennies. Pennies,” Ratliff explains. “Because cellular M2M is expensive, industry has only been deploying it in applications where the data is valuable. But there’s a whole host – the other 90 percent of industrial applications – where the data is just not that valuable. A $1 or $2 module solution available on the market could open those up. There are tens of millions or a hundred million of cellular M2M connections today, but technologies like LPWAN that take the cost down by another order of magnitude could jump that up from 100 million units to … a billion? Two billion? They’re going to enable all of these applications.” 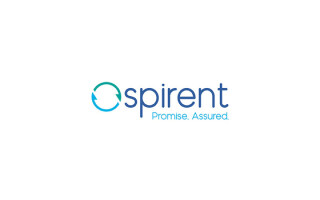