Image sensors and displays are at the forefront of automotive development, enabling breakthroughs in safety, automation, and user experience. To capture the full potential of these technologies, manufacturers need standardized sensor and display interfaces that streamline integration and meet the feature and performance demands of future applications.

The proliferation of new image sensors around vehicles and increasing number of in-vehicle displays is driving the need for high-performance data links that meet functional safety and security requirements.

Automakers need to integrate these components and interfaces under increasingly strict limits on space, weight, cost, and energy consumption. Fragmented technology poses a major challenge to this task. To date, the auto industry has had to rely on proprietary physical-layer interfaces,  which has made integration and adherence to quality and regulatory standards more expensive, complex, and time-consuming - limiting the automakers' choice of technologies and suppliers.

A standards-based approach to camera, sensor, and display connectivity is essential for future automotive architectures. In this segment we explore how standardization offers the automotive industry the same benefits it has brought to many other technology sectors: interoperability, streamlined integration, faster time to market, lower costs, a larger ecosystem of suppliers, and accelerated innovation.

A-PHY is designed to provide high-performance links between automotive image sensors and displays, and their associated electronic control units (ECUs) anywhere in a vehicle. It provides an asymmetric data link in a point-to-point or daisy-chain topology with high-speed unidirectional data, embedded bidirectional control data, and optional power delivery over a single coax or shielded differential pair (SDP) cable. Because A-PHY is built for high-speed asymmetric data transfers, it complements symmetric backbone technologies such as automotive Ethernet. A-PHY is optimized for linking resource-constrained edge components to computing nodes, providing high bandwidth in one direction while allowing the edge components to be smaller and less complex. A-PHY v1.1, which is scheduled to be released by the MIPI Alliance later this year, will double the maximum downlink data rate from 16 to 32 Gbps by supporting dual downlinks over star quad (STQ) cables. It will also double the uplink speed from 100 to 200 Mbps. In addition, A-PHY v1.1 will expand PAM4 encoding to lower gears (G1 and G2), reducing the operating bandwidth of these gears and allowing OEMs, Tier1s, and suppliers to implement A-PHY using lower cost legacy cables and connectors. MIPI A-PHY can be embedded directly in vehicle image sensors, displays, and ECUs, allowing for direct end-to-end data links with functional safety, security, and HDCP services implemented at every point.

A-PHY can be implemented in a phased approach. Initial implementations will likely use CSI-2 and DSI-2 over short-reach C-PHY or D-PHY interfaces with "bridges" to long-reach A-PHY. These initial implementations eliminate the need for proprietary bridges, reducing vendor lock-in and improving economies of scale. A-PHY implementations will then become more streamlined with the integration of A-PHY directly into sensors and displays, allowing for end-to-end A-PHY links to ECUs, as shown in the diagram above. Without bridges, manufacturers can further reduce cost, complexity, power consumption, and weight. In some cases, integration may happen first in one end of the A-PHY link or the other, such as integration into the graphics processor first before integration into the display module.

The MASS protocol stack extends from the application to the physical layer.

As shown in the diagram, sitting above A-PHY are protocol adaptation layers (PALs) that map higher-layer protocols, including MIPI CSI-2, MIPI DSI-2 and VESA eDP/DP, to A-PHY's A-Packet format. In addition, PALs for interfaces used for command and control are also supported.

In the next layer, the MIPI Camera Service Extensions (CSE) and Display Service Extensions (DSE) specifications define services that enable functional safety and security, applied at the protocol level, to protect automotive data streams. Along with features of A-PHY, these services provide capabilities defined in the ISO 26262 automotive safety standard, giving engineers the tools they need to build systems meeting ASIL (Automotive Safety Integrity Level) requirements at any level, from ASIL B to ASIL D.

The key functional safety enablers available in MASS include the following:

Security enablers for confidentiality, integrity, and authentication will be added to MASS through future MIPI security specifications and updates to CSE and DSE, expected in the first half of 2022.

A-PHY and MASS will ease integration of image sensors and displays and provide a standardized way to incorporate reliability, safety, and security in critical vehicle systems. Two example use cases illustrate how they make this possible.

In this example a rear-mounted camera aimed behind the vehicle delivers real-time video to a high-definition display, alerting the driver to objects in the car's path. The camera streams image data, using CSI-2 over A-PHY, directly to an ECU. After the ECU processes the data, it transmits a real-time video stream to a dashboard display, using either DSI-2 or VESA eDP/DP directly over A-PHY. A-PHY and MASS allow for transfer of real-time image data from a rear backup camera to an ECU, where it is converted to a video stream to a dashboard display. Functional safety, security and content protection can be implemented at each stage.

In this example a front-facing, high-resolution CSI-2 camera captures real-time images of road markings. In some cases, the camera module may do some pre-processing to determine the car's position in the lane. It also transfers image data to an ECU using CSI-2 directly over A-PHY. The ECU can take in data from multiple sensors and perform sensor fusion for ADAS or automated decision-making. A-PHY and MASS allow an ECU to take in data from multiple sensors and perform sensor fusion for ADAS or automated decision-making. Functional safety, security, and content protection can be implemented at each stage.

In both examples, functional safety and security functions are implemented at each point in the chain to ensure an ultra-low error rate and end-to-end protection against intentional or unintentional tampering. These closed-loop MASS implementations ensure the image sensors and displays work reliably, while A-PHY's low latency and high data rate enable high-quality image transfers under strict timing requirements.

The introduction of A-PHY and MASS represents an opportunity for standardization of high-speed, asymmetric, in-vehicle data links that can benefit all partners in automotive development.

Vehicle designers will be able to leverage a complete framework for end-to-end connectivity with reliability, resiliency, functional safety, and security, significantly simplifying the integration process, and enabling OEMs and Tier 1 suppliers to amortize engineering costs over larger volumes of components. Interoperability will expand the ecosystem of suppliers, system integrators, and providers of services such as testing, which will improve economies of scale and lower bill-of-materials costs. Streamlined integration will help automakers bring new platforms and features to market faster to meet changing consumer demands. Most importantly, the use of standards will allow manufacturers to focus more on innovative new features rather than the development of lower-layer connectivity solutions that do not provide marketplace differentiation.

Like the computing and mobile-device sectors, the automotive industry can use these industry standards as a platform from which to offer continuing performance advancements in the products they develop.

Rick Wietfeldt, Ph.D., is senior director of technology at Qualcomm Technologies Inc. He is a director on the MIPI Alliance Board of Directors, as well as chair of the IEEE MIPI A-PHY Adoption Working Group and co-chair of the MIPI Security Working Group.

Rick Wietfeldt, Ph.D., is senior director of technology at Qualcomm Technologies Inc. He is a director on the MIPI Alliance Board of Directors, as well as chair of the IEEE MIPI A-PHY Adoption Working Group and co-chair of the MIPI Security Working Group. 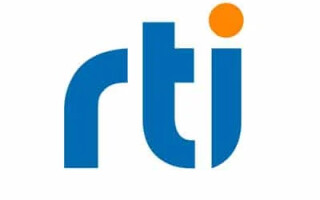