I recently came across an 8-bit PIC MCU data sheet that predates 1982. That means it also predates Microchip as a company (incorporated in 1989), making it a remnant of bygone General Instruments days.

Now, 40 (!) years later, Microchip has released five new families of 8-bit PIC and AVR devices. In total, these families represent more than 60 SKUs that include new features such as ADCs with computation, multi-voltage I/O, and smart peripherals like software-controlled op amps that improve performance while simplifying embedded development (Figure 1). But at their core, they’re still 8-bit MCUs like the one from General Instruments.

For reference, here’s a snapshot of the five new families:

The point of this little anecdote is that reliable technology sticks. And once it sticks, there’s seldom a reason to unstick it. So, while we spend a lot of time in the electronics media industry covering the newest, smallest nodes manufactured using the latest, most exotic process technology, the truth is there’s often a big gap between the “state of the art” and the “state of the practice.”

In other words, what’s in the news and what’s sitting on a design engineer’s bench can be two very different things.

With CHIPS Act legislation on the table, that difference is more relevant than ever. As a quick refresher, the CHIPS for America Act is a piece of legislation that recently passed in the U.S. Senate and House of Representatives that authorizes roughly $52 billion of federal investment to improve onshore semiconductor fabrication capacity, research, and development. A piece of companion legislation, the FABS Act, is also being considered that would institute a semiconductor investment tax credit.

The CHIPS Act is rooted in Trump-era economic policies that were developed largely in response to strategic Chinese technology and manufacturing initiatives designed to reduce dependence on foreign trade. Now that the CHIPS Act looks like it will become a reality, the question becomes how the money gets spent. Broadly speaking about $39 billion is earmarked for the expansion of fabs or building of new ones; $10 to $12 billion will go to R&D; and the remainder will be allocated to the Department of Defense.

Beyond that, however, a lot is still up in the air, which means politicians will play a big role in deciding who gets what and when.

I bet you got concerned when you read the word “politicians.” You should be. Asking a politician to invest billions of dollars in the tech sector is like asking me to win the Iowa caucus.

To this end, I’d encourage you to find the U.S. semiconductor companies currently in the Fortune 500, look up the process nodes they’re currently targeting, then think about where those fall on the spectrum of state of the art or state of the practice.

Usually, the question of state of the art versus state of the practice doesn’t even exist. You use what best suits the application, which makes the choice between one category of devices or the other pretty clear. But now the question isn’t “What will you use?” It’s “What will we make and who’s going to make it?”

Let’s bring this full circle. I recently spoke with John Costello, Microchip’s Corporate Vice President of Government Affairs, about the state of the art, the state of the practice, and the potential implications of the CHIPS Act. He pointed out that even the iPhone, considered by most to be a pretty advanced piece of technology, only contains about 17 percent of what he’d call “state of the art” integrated circuits. That covers everything from diodes and resistors to the main applications processor, but it’s eye-opening nonetheless when you’re talking about distributing billions of tax dollars.

“If people actually look, they’d be surprised at the disconnect – whether it’s government, aerospace and defense, or the semiconductor industry itself – between what these guys really need and what they really buy,” Costello says. “I see all the alleged experts start talking about microelectronics and there’s obviously a disconnect.

“I’ve found so many errors that I’ve actually called these guys out, unfortunately in public, ‘Hey, that number’s way off,’” speaking of his interactions in the Raegan National Defense Forum, Aerospace Industry Association, and elsewhere. “[I’m] sitting next to a congressperson who’s going to be voting on it. And if they’re voting on that information, then you’re doing a disservice to this industry.

“You’re going to spend this money blindly unless you’re really paying attention to what you actually buy,” he continues. “The question is, will they actually address the problem or will the company with the best government relations guys and lobbyists rule the day. That would be my concern as a taxpayer.”

If left up to you, considering the iPhone analogy and Microchip’s recent launch of 60-plus new 8-bit MCUs, how would you spend the money? On state of the art or state of the practice?

For more, listen to part 1 of the Embedded Insiders interview with Costello in "The Problem with the CHIPS Act". 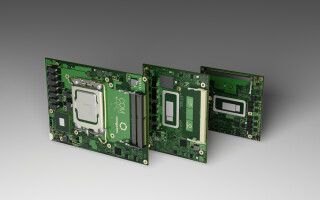