After a significant uptake during the pandemic, portable console gaming is becoming more widespread thanks to its accessibility for both casual and hardcore gamers. The momentum is expected to push the market to a value of $17 billion by 2023, offering manufacturers a great opportunity to deliver leading-edge experiences to gamers around the world.

Nintendo’s Switch and Valve’s Steam Deck are undoubtedly leading the push for portable gaming adoption. The former sold over 92.87 million units in total, with 15.6 million being sold during 2020. This made it the bestselling console of the year, selling twice as many units as the PS4 and seven times as many as the Xbox One. The Steam Deck, on the other hand, has maxed out pre-orders at over 110,000 units, despite being delayed until February 2022, with the promise of a whopping 16,000 gaming titles available for users to choose from.

Niche players such as GPD and ONEXPLAYER are also driving growth by filling in the market gaps left by the two giants, covering retro to modern gaming needs and being readily available for those who don’t want to wait until the Steam Deck launches.

When it comes to performance, compared to the latest PlayStation and Xbox products, portable consoles have some catching up to do as they can only offer a fraction of the performance. Between the Switch (undocked) and Steam Deck, the maximum resolution achieved is 800p, with 0.8TFLOPS performance in sustained performance mode. For comparison, the PS5 and Xbox Series X clock in at peaks over 10TFLOPS with 4K resolution.

Given the size and power constraints of portable consoles, could there be a better way for manufacturers to shrink the performance gap between portable and fully-tethered consoles? The answer is simple: Using a power-efficiency focused multi-core GPU architecture can bring modern gaming features to life inside a mobile console device.

The GPU remains an essential building block for any gaming experience – whether it’s a smartphone, console, or PC. Given the size and power budget constraints, many manufacturers are opting for battery-friendly solutions that underperform when it comes to modern gaming requirements, with gamers desiring fast frame rates, longer rendering distances, higher resolution, and even ray tracing.

Current portable console ray tracing (RT) implementations, as offered by the Steam Deck, are a step in the right direction despite being sub-optimal, inefficient implementations – sitting at a Level 2 out of 5 on the Ray Tracing Levels System (RTLS).

It’s here that mobile GPU design can make a significant difference in overcoming these obstacles. The IMG CXT GPU is a prime example of how highly optimized, high-performing mobile solutions can help take portable consoles to the next level.

To start with, the new Photon architecture brings an industry-first Level 4 RTLS ray tracing solution that can be easily implemented in a portable console SoC. The GPU integrates unique features, such as ray coherency gathering hardware, that lead to greater overall power efficiency. In terms of performance compared to the previous generation, the CXT offers 50% more geometry and compute capability, 1.3GRay/s ray tracing performance per core, and 1.5TFLOPS of FP32 performance per core – nearly doubling the power of the Switch and Steam Deck GPUs.

Opting for a similar docking and decentralized approach as Nintendo’s Switch, with an SoC in both device and dock, would allow manufacturers to significantly increase the overall power of their device. Starting from a 1080p device (a modest resolution for a mobile phone) at a low clock, this could boost to twice the clock speeds and could be combined with a second SoC in the dock – thus offering four times the performance and delivering true 4K scalability (2x chip/SoC and 2x clock in the portable unit). This also means that when the handheld device is out of the house, the dock can continue to entertain, with excellent performance.

Cloud streaming is becoming a popular way for users to play games, with big players in the market already offering streaming services, such as Google Stadia and PlayStation Now. The growth in adoption is advancing as 5G networks become more widespread and accessible, as well as companies heavily investing in Metaverse-type ecosystems. What this means for portable gaming is the opportunity for hybrid cloud rendering.

The IMG CXT GPU has a unique advantage in that its multi-core architecture is scalable from mobile applications up to the data center, and everything in between. Its ability to achieve up to 9TFLOPS of FP32 rasterized performance and over 7.2GRay/s of ray traced performance enables OEMs to use the same IP, not only within a console and a dock but also for data centre solutions to complement their cloud gaming offering.

The latter could unlock hybrid rendering where techniques such as ray tracing and global illumination would be performed in the cloud, effectively futureproofing the console itself as more performance could be added via streaming. This is something that is increasingly coming into consideration as manufacturers plan to tackle potential new chip shortages in the future.

The Right Partner for the Win

The portable console future is looking bright. Accessibility regardless of gaming skill will remain a key factor driving market growth, which gives OEM’s the unique opportunity to rethink the kind of performance that can be achieved in a mobile gaming platform.

With the recently announced Catapult CPU family, there is potential to create a full-Imagination computing platform combining reliable, powerful IP in one heterogeneous solution. The IMG NNA IP offers multi-core scalability and flexibility, giving manufacturers fine-grained control over multiple parallel workloads, with the latest IMG Series4 NNA being 100x faster than a GPU and 1,000x faster than a CPU for these tasks.

The new CXT IP offers a new dimension of portable gaming as the first mobile solution to bring a Level 4 RTLS ray tracing solution to the gaming market – making the possibility of a portable gaming device that is more powerful and efficient than anything previously seen in the market.

I’m a GPU expert with 25 years of experience across almost the whole breadth of the domain, including hardware and software architecture, performance and competitive analysis, developer support, total solution selling, sales and technical marketing, and requirements analysis. I’ve got a wealth of experience in the whole problem space, think quickly and clearly in front of external parties, and I’m still in love with the field even as I hit 2.5 decades working on it. 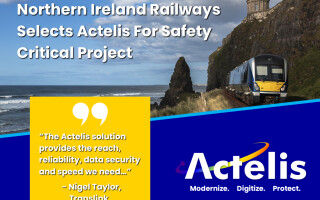 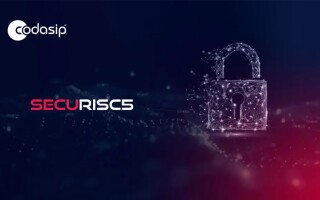