How safe is your ride?

In an effort to mitigate this risk as much as possible, functional safety is necessary - but in a way that also addresses the needs of what is already a high-volume, cost-sensitive industry.

In an industry that has gone through an incredibly rapid transformation over the past few years alone, auto manufacturers all over the world have had to re-think nearly every aspect of their own processes within the context of the 21st century. Because of this, an almost incredible emphasis has been placed on what concepts like "functional safety" even mean in 2018 (or 2019, or 2020 and beyond). This is especially true as vehicles incorporate more and more electronics with each passing day.

Autonomous vehicles have elevated this concern to the next level, because as the level of control that a driver has over their car goes down, the liability of that car's manufacturer shoots sky high. Many studies have shown that when automated systems are introduced into an industry, there is often a significant increase in the rate of "adverse" events as a result. This is the point that we have currently reached in terms of self-driving cars and functional safety.

In an effort to mitigate this risk as much as possible, functional safety is necessary - but in a way that also addresses the needs of what is already a high-volume, cost-sensitive industry. Luckily, the tools to address this problem sooner rather than later are already here. They just require us to keep a few key things in mind.

One of the most important elements of functional safety as it relates to the embedded systems that are now present in modern day vehicles has to do with fault detection. Simply put, regardless of where a particular fault comes from, the system's ability to both A) identify it, and B) resolve it in the minimum time span possible is and will always be the goal.

In a lot of ways, this requires functional safety to take a more proactive approach to its own objective than ever before. Especially in an era of self-driving and autonomous vehicles where drivers are relinquishing more control all the time, the system itself must become aware of that fault and, if possible, recover from it, all without either endangering the passengers or requiring any intervention on their behalf to begin with.

The challenge of this currently facing design industry professionals relate back to larger concepts like IP verification. IP verification needs must align with various safety goals that themselves are already dictated by standards like ISO 26262, DO-254 and others. This need for IP verification, along with larger issues like traceability requirements for functional safety, add yet another layer to an increasingly complex dimension that automotive systems verification processes must operate in.

Part of this is achieved via processes like CRC (short for "Cyclic Redundancy Check") and Parity, both of which have become common during the development of safety critical systems. While it's certainly true that these are relatively straightforward algorithms, if a stored bit is flipped due to some unexpected reason - and indeed, due to any reason - the system can recognize this as the conditions of a fault and take whatever steps are necessary to correct it.

In essence, it all comes down to the ability to achieve safety through holistic thinking. It's arguable that the era where the engine was the most important component in a vehicle is now over. Functional safety and the implications within must now take precedent, forming a mission-critical part of every phase of development for an automotive product - from specification to design to implementation, integration and all the way up through product release and beyond.

Because of the current state of the industry, along with trends that paint a better picture of where the industry itself is headed over the next decade, the IDesignSpec has been enhanced in a wide array of ways to cater to these and other growing needs. A host of new features have been added to better integrate aspects of functional safety not only throughout all phases of the system development, but in a way that still maintains compliance with the ISO 26262 standard.

Using advancements in IDesignSpec and others, providers aim to provide the true, end-to-end functional safety solution that the automotive industry needs when it needs it the most. In an era where as many as 10 million self-driving cars are expected to hit the roads across America by as soon as 2020, it's safe to say that the stakes could not possibly be higher. Advancements like IDesignSpec, along with others, therefore go a long way towards acting as an essential solution with regards to not only reducing the overall automotive compliance effort by giving teams the ability to work "smarter, not harder," but also provide a new (and pivotal) edge to functional security at the exact same time.

Find out more about IDesignSpec at booth #1345 at the Design Automation Conference.

Anupam Bakshi is the founder and CEO at Agnisys. He has more than two decades of experience implementing a wide range of products and services in the High-Tech industry. Prior to forming Agnisys, he held various management and technical lead roles at companies such as Avid Technology Inc., PictureTel Corporation, Blackstone Consulting Group, Cadence Design Systems and Gateway Design Automation. Anupam has earned a High-tech MBA from Northeastern University, Massachusetts, a Master’s in Computer Engineering also from Northeastern University and a Masters in Science (Electronics) from Delhi University. 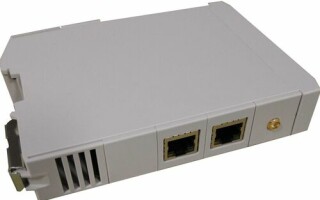 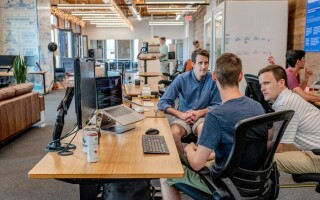