The multi-input feature can be used in both bench and sequence modes to analyze microphones and microphone arrays.

Audio Precision has released version 6.0 of its APx500 audio measurement software, which supports multiple simultaneous input types so that up to 16 digital and eight analog audio channels can be measured concurrently. 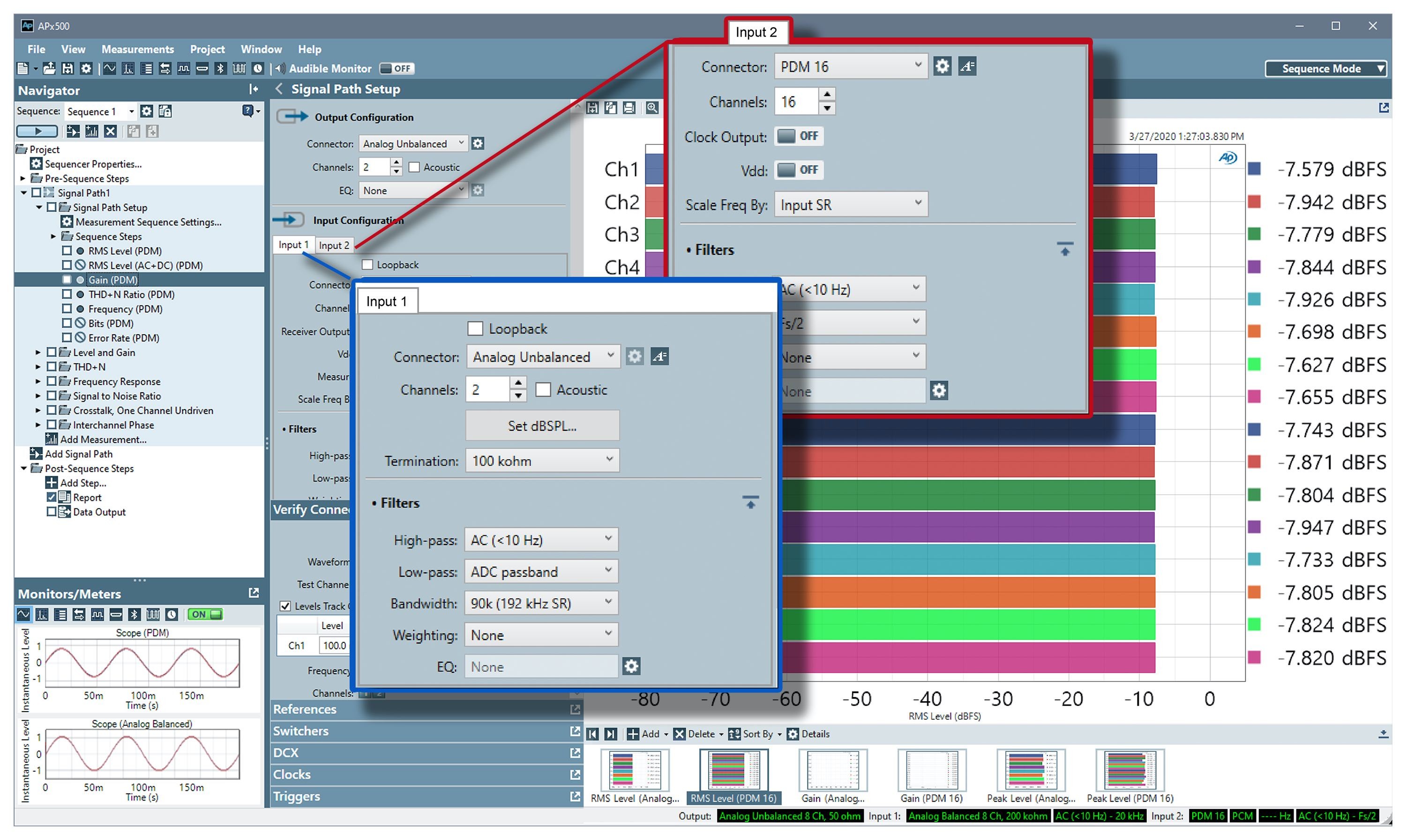 APx500 6.0 can be used with any APx modular audio analyzer. The multi-input feature can be used in both bench and sequence modes to analyze microphones and microphone arrays. It can be used in conjunction with a dual-channel FFT analysis function called Transfer Function to find the complex, magnitude, and phase relationships between digital and analog microphones or other cross-domain devices.

Another function, Sensitivity, displays RMS Level relationships between analog and digital inputs to find the sensitivity or gain function of digital microphones from a new derived result.

New APx audio analyzers will ship with APx500 version 6.0 and one year of software maintenance. This will effectively license these analyzers for APx500 version 7.0 and any previous updates. APx analyzers purchased between December 18, 2018 and June 10, 2020 can download version 6.0 free of charge.

Legacy APx analyzer users can upgrade to version 6.0 using an APx KeyBox already installed on their machines once they have purchased an updated license.