With new-age technologies like the Internet of Things, Machine Learning, and Artificial Intelligence, companies are reimagining and creating intelligent multimedia applications by merging physical reality and digital information in innovative ways. A multimedia solution involves audio/video codec, image/audio/video processing, edge/cloud applications, and in a few cases AR/VR as well. This blog will talk about the software infrastructure involved for an embedded video processor core in any multimedia solution.

The video processor is an RTL-based hardened IP block available for use in leading FPGA boards. With this embedded core, users can natively support video conferencing, video streaming, and ML-based image recognition and facial identification applications with low latencies and high resource efficiency. However, there are software level issues pertaining to OS support, H.264/265 processing, driver development, and so forth that could come up before deploying the video processor.

Let us begin with an overview of the video processors and see how such issues can be resolved for semiconductor companies enabling the end-users to reap its product benefits.

The video processor is a multi-component solution, consisting of the video processing engine itself, a DDR4 block, and a Synchronization block. Together, these components are dedicated to supporting H.264/.265 encoding and decoding at resolutions up to 4k UHD (3840x2160p60) and, for the top speed grades of this FPGA device family, up to 4096x2160p60. Levels and profiles supported include up to L5.1 High Tier for HEVC and L5.2 for AVC. All three are RTL-based embedded IP products that are deployed in the programmable logic fabric of the targeted FPGA device family and are optimized/’hardened’ for maximum resource efficiency and performance.

There is also significant versatility built into the video processor engine. Rate control options include CBR, VBR, and Constant QP. Higher resolutions than 2160p60 are supported at lower frame rates. The engine can handle 8b and 10b color depths along with YCbCr Chroma formats of 4:0:0, 4:2:0, and 4:2:2.

The microarchitecture includes separate encoder and decoder sections, each administered by an embedded 32b synthesizable MCU slaved to the Host APU through a single 32b AXI-4 Lite I/F. Each MCU has its L1 instruction and data cache supported by a dedicated 32b AXI-4 master. Data transfers with system memory are across a 4 channel 128b AXI-4 master I/F that is split between the encoder and decoder. There is also an embedded AXI performance monitor which measures bus transactions and latencies directly, eliminating the need for further software overhead other than the locked firmware for each MCU.

The DDR4 block is a combined memory controller and PHY. The controller portion optimizes R/W transactions with SDRAM, while the PHY performs SerDes and clock management tasks. There are additional supporting blocks that provide initialization and calibration with system memory. Five AXI ports and a 64b SODIMM port offer performance up to 2677 MT/s.

The third block synchronizes data transactions between the video processor engine encoder and DMA. It can buffer up to 256 AXI transactions and ensures low latency performance.

The company’s Integrated Development Environment (IDE) is used to determine the number of video processor cores needed for a given application and the configuration of buffers for either encoding or decoding, based on the number of bitstreams, the selected codec, and the desired profile. Through the toolchain, users can select either AVC or HEVC codecs, I/B/P frame encoding, resolution and level, frames per second color format & depth, memory usage, and compression/decompression operations. The IDE also provides estimates for bandwidth requirements and power consumption.

The embedded software development support for any hardware into video processing can be divided into the following general categories:

Validation of the AVC and HEVC codecs on the video processor is extensive. It must be executed to 3840x2160p60 performance levels for both encoding and decoding in bare metal and Linux-supported environments. Low latency performance is also validated from prototyping to full production.

Linux work focused on multimedia frameworks and levels to customize kernels and drivers. This includes the v4l2 subsystem, the DRM framework, and drivers for the synchronization block to ensure low latency performance.

The codec and Linux projects lead themselves effectively to the development of a wide variety of reference designs on behalf of the client. Edge designs for both encoding and decoding, developments ranging from low latency video conferencing to 32 channel video streaming, Region of Interest-based encoding, and ML face detection, all of this can be accomplished via the use of a carefully considered selection of open-source tools, frameworks, and capabilities. Find below a summary of these offerings:

The above tools/frameworks help design efficient and quality multimedia solutions under video processing, streaming and conferencing.

Ranganathan heads the Multimedia & Networking group at Softnautics. He has 19+ years of experience in the design & development of Embedded Systems for Defense, Industrial, Consumer, & Automotive verticals for design houses, leading OEMs, and chip designers globally. Leveraging his experience with trending technologies as a Solution Architect, he is now focusing on enabling technology buyers to make the right business choices by bridging business challenges and best-fit technology solutions. 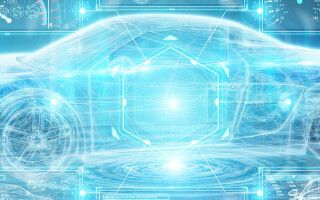