A brief history of MISRA in the automotive industry

The genesis of automotive software began more than 15 years ago, when automotive engineers switched from mechanized control to software-based control,...

The genesis of automotive software began more than 15 years ago, when automotive engineers switched from mechanized control to software-based control, first with assembly and then quickly progressing to the C language. The popularity of C as the language of choice was based on the availability of trained programmers and the language’s high degree of flexibility.

Recognizing the difficulties and pitfalls of C, especially for automotive engineering groups with more mechanical than software expertise, the Motor Industry Software Reliability Association commenced an initiative to address this. They sponsored an expert committee comprised of industry and software tooling companies to produce the first public C coding standard: MISRA-C (1998).

Starting as a UK initiative, it quickly reached the global automotive sector, and in fact soon transcended industry lines into many different non-automotive applications. There have been two successors to this initial standard – a 2004 and 2012 update of the original MISRA C standard, reflecting the pervasive interest and adoption of this successful initiative. 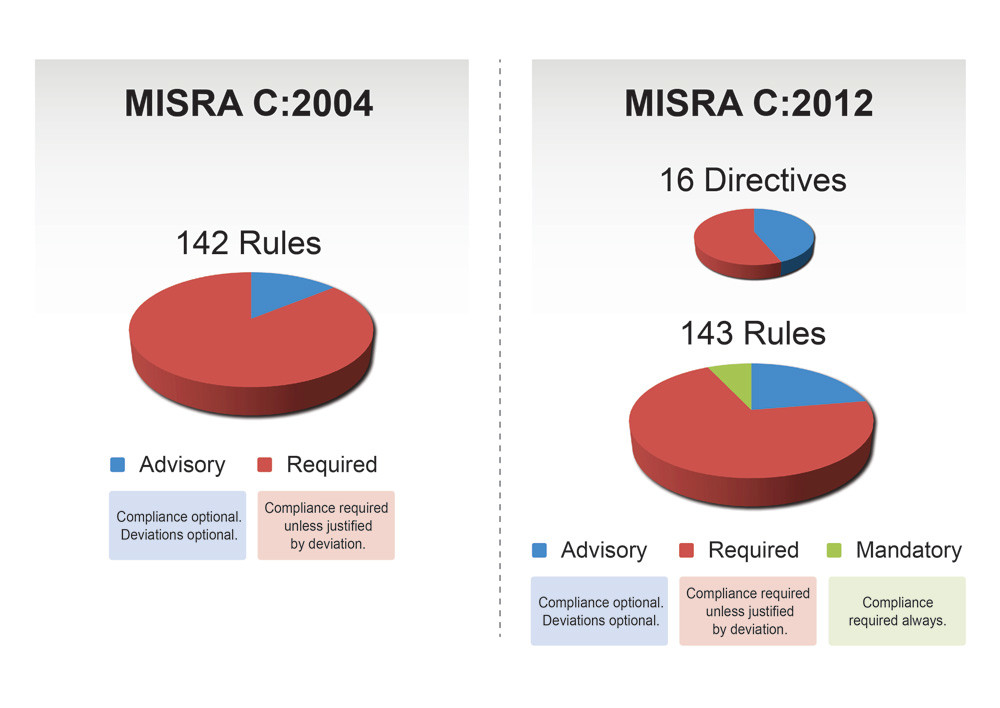