Not All Dev Boards are Created Equally

Development boards for industrial applications haven?t been so readily available, as they are quite different from those used in consumer and other non-critical applications.

One development board that has the potential to change that way of thinking is the GHF51 from DFI. One key feature that sets the GHF51 apart from the competition is the use of AMD’s Ryzen R1000 dual-core embedded microprocessor, which operates at up to 2.6 GHz. The CPU offers multi-threaded performance and has the ability to simultaneously work with two independent 4k displays. According to DFI, the GHF51 is the first credit-card size board to be designed with this high-performance CPU. 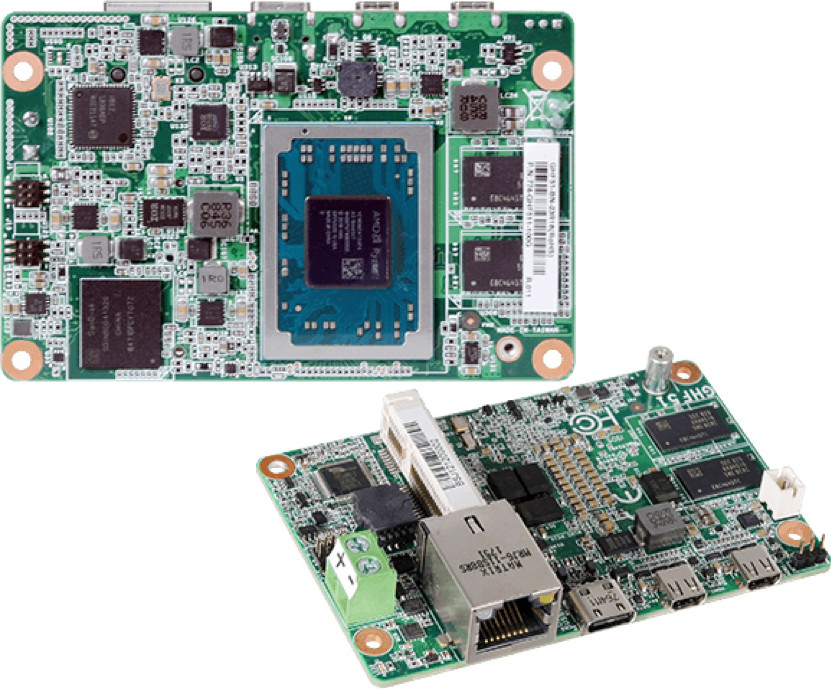 Powered by an AMD Ryzen R1000 embedded processor, the I/O-rich DFI GHF51 development board is aimed at industrial applications.

A Dev Board for Industrial Applications

Boards like the Raspberry Pi, Up Board, and Arduino have paved the way and changed the thinking when it comes to the overall design process. That was great for designers of consumer electronics, where the highest levels of performance weren’t required. However, when you’re looking at industrial, artificial intelligence (AI), machine vision, robotics, autonomous vehicles, or automation applications, those aforementioned boards simply are not up to the task. Your best bet is to deploy a development board that was designed specifically for industrial and similar applications, like the GHF51 from DFI.

A seasoned designer knows that the last step in any design before manufacture is to build a prototype, regardless of the end application. That prototype is used for testing, for writing software, and for making last-minute tweaks to the design…and obviously it’s used as the guide for mass production.

However, each application that you’re designing brings its own set of challenges. Those challenges could include low power, adding wireless or other networking capability, deploying security that goes beyond the norm, withstanding extreme temperatures and altitudes, accommodating for the need for a rugged design, and so on.

For these reasons, the industrial designer must begin his design with a board that’s intended for industrial applications, like the GHF51, which is essentially a single-board computer (SBC) in a compact 1.8-inch form factor. Its actual dimensions are 84 x 55 mm, or 3.31 x 2.17 in. Such small size eliminates many constraints and opens the door to a multitude of potential embedded applications. In addition, because the board is able to hold power consumption to a minimum, fanless operation is possible, again opening up more potential applications.

The board offers a host of I/O options, which is just what’s needed for prototyping purposes. These options include a Mini PCIe channel, Gigabit Ethernet, and USB. Additional features include an 8-pin DIO header and two micro HDMI 1.4 outputs. To address the question of harsh environments, DFI has developed the SBC so it can operate in a temperature range of -20°C to +70°C.

The GHF51 development board responds to three key industry requirements:

The third requirement is an important one, as designers are often left to fend for themselves. They get a development kit, and are then expected to design completely on their own. That’s simply not the case with the GHF51 and DFI. The company has resources available to take the developer all the way through the prototype process, ready for manufacture.

The bottom line is that prototyping for application development is critical for all applications, including industrial, before mass production commences. That’s especially true for long-term designs and use in unstable environments. Simply stated, boards like the Raspberry Pi and Up Board are not up to the task. With DFI’s GHF51, the gap between prototyping and mass production shrinks considerably.