The challenges of transferring mechanical power

As a MakerPro and as someone who worked for over 10 years in high-speed manufacturing and automation, when you want something to rotate, the obvious s...

As a MakerPro and as someone who worked for over 10 years in high-speed manufacturing and automation, when you want something to rotate, the obvious solution is to use an electrical motor. Typical AC or DC motors, steppers, or servomotors give you varying degrees of control and feedback. But one thing that’s often neglected is how exactly you transfer this power from a motor to whatever you’re ultimately driving.

In manufacturing, when you hopefully have the time and resources to do things correctly, you might use a gearbox to reduce or amplify your motor’s output speed, then use a misalignment coupling to compensate for any components that are out of line. When something is used thousands or even millions of times, tiny variations can cause maintenance problems, and a proper misalignment coupling can help compensate for that. 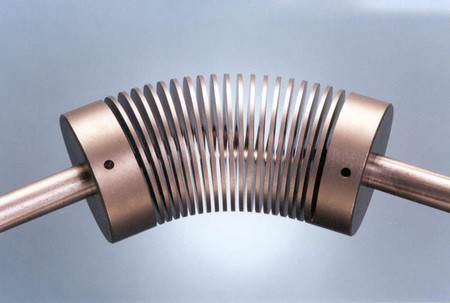 This is an extreme example of misalignment.

A beam coupling is one of the most common models used today. These devices are cleverly cut in such a way as to work like a spring. They allow for misalignment and provide some impact protection, similar to what would happen if you attached a motor to a shaft via a stiff spring. You could even say that this is exactly what is happening. On the other hand, this type of coupling can break if abused. This can help save other components, but is a major inconvenience if it happens too often.

An alternative that doesn’t break nearly as often is jaw coupling. As a manufacturing engineer, I was able to use these to replace two beam couplings that were conically breaking, saving the company lots of down time. In my case, the coupling had to be modified with extra screws to keep it in place when pulling force was put on it (they normally only work when pushed together). Relative to the part itself, this kind of modification can be expensive, but chronic downtime was exponentially more costly, so it was worth it.

That said, if you’re building something, don’t just assume that once you add a motor, power will get to the wheels by some method you dream up at the last second. I’ve been guilty of that when doing projects for myself, and the results were generally not great. As I mentioned in an earlier post, in my attempts at building a Jansen-style walker, power transmission can be a real struggle.

My PVC pipe version of a beam coupler.

In the first and second versions of this robotic walker contraption, I tried to use windshield wiper motors attached to the legs via several methods. These included several combinations of bike gears and chain, PVC pipe, and rod ends. I found that I was trying to do an operation that normally requires alignment in the thousandths of an inch with materials and methods that are better suited to much looser tolerances. I was trying to save money, but in the end, attempting something that needed to be exact with imprecise methods just led to headaches.

On the other hand, once I switched to a different type of motor, I developed a sort of PVC pipe misalignment coupling that worked well. Even with that, the first version didn’t walk on its own as planned, and I made several of the same mistakes in the second version as well. I finally used rigid couplings that I purchased for this purpose in the third version, as well as appropriately-sized motors. This did walk, but only when I used bearings for better alignment with purchased couplings, and a better thought-out central gear train. 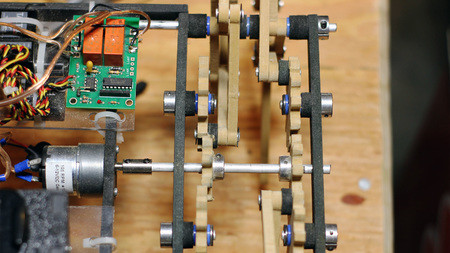 In the end, if you want something that works consistently involving motors, you have to put some thought about how things will be mounted and aligned. Proper motors and mounting hardware can be expensive, but less expensive than trying to reinvent the wheel. I’ve seen this both in the manufacturing and MakerPro worlds. 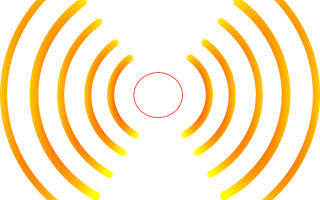