Back in 1868, George Boole’s wife paraphrased his thoughts on the capabilities of machines:

Between them they have conclusively proved, by unanswerable logic of facts, that calculation and reasoning, like weaving and plowing, are work, not for human souls, but for clever combinations of iron and wood. If you spend time in doing work that a machine could do faster than yourselves, it should only be for exercise.

We’ve come a long way since Claude Shannon applied Boole’s work to build the first circuit board, heralding the age of computers. Just as he had predicted, most calculations and reasoning chains are now done by “clever combinations of iron and wood.” We just realized silicon might be a bit better at doing the job.

What Boole himself did throughout his life would be something he’d not think possible for a machine. He was investigating the rules that governed thought itself. In other words, he was moving towards a higher level of reasoning, above the regular calculations of daily life.

While we’re still far away from artificial intelligence that would be able to make use of philosophy in a similar fashion to Boole and others, we’re coming close to a more subtle form of computational thinking. Machine learning can be used to discover unintuitive rules in some areas of life.

Much has been written about how machine learning is about to replace all other modes of solving problems. One of the most popular suggestions is that we should forgo rule-based approaches for machine learning.

Such a view, in my eyes, is overly idealistic. Solving problems with machine learning that could be solved with a rule-based approach is a waste of resources. Models, especially more complicated ones, can be prohibitively expensive and require much maintenance to keep them accurate.

In an ideal world with unlimited resources, both computing and fiscal, these differences wouldn’t matter. In business, however, we’re always working within tightly defined boundaries, as any usage of resources also means an opportunity cost.

Preferably, then, we would opt to solve all problems with rule-based approaches. However, that runs into other complicated issues, such as not all problems having defined boundaries that can be solved through rules.

Machine learning is great at solving two types of challenges. Any problem that requires a probabilistic answer is likely much better done by a model rather than anything rule-based. Another area where machine learning is immensely valuable is when the rules are not clear.

In business, we might sometimes not be sure on how to answer specific questions. For example, what rules should govern a self-checkout process? There are nearly infinite possibilities for structuring such a feature, but we’re always looking to maximize the outcome. In other words, we’d prefer that a self-checkout would lead to the most conversions.

A common objection might be that some machine learning models, such as Deep Neural Networks, are essentially black boxes. We’re never quite sure what’s going on under the hood, so extracting rules from them is as much guesswork as without them.

Fortunately, in business applications, we don’t need to be as exact as logicians or scientists who attempt to uncover the foundational blocks of minds, language, or the universe. Insights that point us in the right direction are enough to create a case for doing things one way or another.

In other words, when building a model that predicts the best outcome for a self-service customer system, we’re not trying to define some immutable laws of human behavior. We’re simply looking at an admittedly ever-changing set of circumstances and attempting to wrestle out the best way to go about them.

So, going back to the same example, a Random Forest algorithm, fed with enough data from event sessions and user activities, could outline the most predictive outputs. These would indicate what users are most influenced by during the self-service process.

These outputs might not be ground-breaking or even wide-ranging as they only work in a fairly confined space of circumstances. But they’re more than enough for the engineers, designers, and content writers to perform optimization that would lead to better conversions.

These insights can then be turned into rule-based algorithms. As such, machine learning models can give us a way to discover circumstantial rules that we can implement in our business practices.

Machine learning, unlike commonly thought, can be used to supplement rule-based systems. While there are possible ways of combining one into a single system, the former can also be used to garner insights that can then be implemented into the latter.

In the end, machine learning shouldn’t be thought of as the cure-all for technical problems. It’s one of the many possibilities that should be used thoughtfully. One of those is to ensure we make better decisions in other systems. 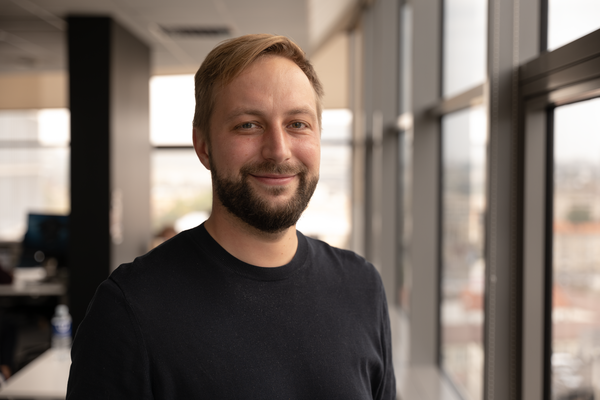