Cybersecurity for the Intelligent Edge: A Micro Web Tech Series

Learn how to bake cybersecurity into can't-fail edge devices in this educational video series with Wind River. The seven-part series compresses the entire security lifecycle into less than 30 minutes. 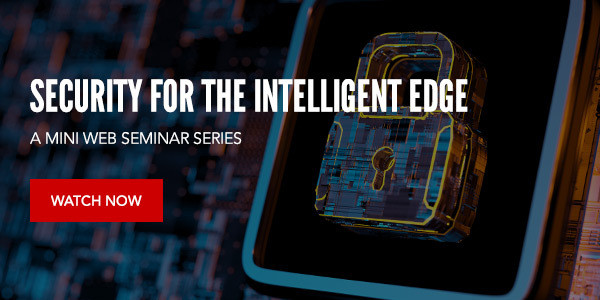 According to IDC, there will be an estimated 42 billion connected devices by 2025. Each of these devices represents a point of entry that can be exploited by a cyberattack. For devices and systems with safety-critical functionality, a security breach can have catastrophic consequences. Security becomes even more paramount than safety.

“You can have a secure system that is not safety critical, but you cannot have a safety-critical system that isn’t secure.” says Matt Jones, Chief Architect, Wind River.

Learn how to bake cybersecurity into can’t-fail devices and systems at the edge in this educational video series with Wind River. The seven-part series takes you from implementing Confidentiality, Integrity, and Assurance (CIA) principles to maintaining secure embedded systems throughout the product lifecycle, all in less than 30 minutes.

The series consists of seven videos.

The host for each, Arlen Baker, Principal Security Architect at Wind River, is a director-level cybersecurity technologist with more than 20 years of experience architecting, securing, and deploying mission-critical systems in the defense, medical, and industrial sectors.

Join him as he navigates the perils of connected device deployment, and demonstrates how you can avoid them as well.