Learn how MistyWest, a sustainability-centric design engineering firm out of Vancouver, British Columbia helped the World Wildlife Fund transform the state of the art in wild polar bear tracking.

Polar bears are the largest bears on the planet and reside exclusively in the Arctic. Much of their time is spent on frozen sea ice, which has earned them the distinction of “marine mammal,” just like whales, seals, and dolphins.

By now it’s well known that their sea ice habitats, which take shape in the fall and recede in the spring, have been in constant retreat from the impetuous forces of climate change. Polar bear populations have dwindled to somewhere between 22,000 and 31,000 in the wild today, leading to their identification as a Threatened or Vulnerable species. In May 2008 they were placed under the protections of the United States Endangered Species Act.

Life, for the polar bears that remain, has changed. Less time on the ice and more time on dry land means their home ranges are very different than they used to be. Polar bears are traveling farther and into new regions. Reduced access to natural food sources like seals means their diets aren’t what they once were.

Wildlife conservationists like the World Wildlife Fund (WWF) are now looking for ways to track the range of polar bears as the environment changes around them and gain deeper insights into their health.

One ongoing effort is to produce tracking tags that monitor polar bears in the wild.

Wildlife tags are a very common research tool for observing animal behavior and migration patterns. But unlike the tags used on other animals, polar bear tags present unique challenges related to the animals’ physical and behavioral characteristics and the hostility of their habitat.

For these and other reasons, including funding, polar bear tracking technology has not seen any major updates since the 1980s. The state of the art has been collar tags, but these can only be used on females because the circumference of male polar bears’ necks is larger than their heads. Polar bear activity and behaviors also make them highly susceptible to damage.

So, in 2016 WWF and IDEO hosted a workshop where polar bear experts defined parameters for an “ideal” polar bear tracking device. The solution needed an antenna that could transmit sensor data from the tracking device to orbital satellites, but also withstand the extreme environmental conditions of the Arctic for extended periods.

It was decided that the most effective type of tracker for these bears would be an ear tag that included a location sensor, temperature sensors to correlate seasonal movements, and pressure sensors to calculate diving depth. Data from these sensors would be transmitted to satellites, then relayed to researchers who could view data from individual bears or entire sleuths. The tags had to release and fall off after about a year.

After the workshop, the WWF enlisted the help of MistyWest, a Canadian engineering design consultancy with a focus on UN Sustainable Development Goals. MistyWest’s IoT design team, in partnership with WWF, IDEO, the U.S. Fish & Wildlife Service, and others, then started developing a satellite-based geolocation system to track polar bears.

The project started with several different tag iterations during its initial design phases, the first of which included the Iridium satellite constellation. Iridium satellites transmit data at relatively high frequencies and therefore require smaller Rx and Tx antennas than other broadband technologies, which makes for a more practical tracking device.

But the Iridium solution ended up with power limitations that were prohibitive for an ear tag and resolving those made the device about 2x heavier than the specification laid out by the WWF. At that point the MistyWest team changed tactics and landed on the Argos satellite system.

The Argos satellite system was created in the late 1970s as a collaboration between the French Space Agency (CNES), NASA, and the National Oceanic and Atmospheric Administration (NOAA). Argos’ original purpose was to collect and relay meteorological and oceanographic data for scientific use, but now it also receives transmissions from more than 8,000 animal tracking devices every day.

The CLS Group formed in the 1980s to oversee the Argos satellite system, and they continue that work today. However, Thomas Gray, a user services analyst at CLS Group subsidiary the Woods Hole Group, says that working with the Argos satellite system has historically been very difficult because it required users to source parts, design, and manufacture their own Argos transmitter boards.

“Typically, that process of developing your own transmitter board in-house is measured in years and hundreds of thousands of dollars,” he said, adding that an overall expense around half a million dollars was nowhere near out of the ordinary.

But the challenges of Argos transmitter development didn’t fall on deaf ears.

In 2013-2014, CLS Group partnered with AnSem to produce very small Argos-based RF chips that could be integrated into a transmitter design. A few years later in 2017, the Woods Hole Group started working on an open-source Argos transmitter that finally made it to market in 2019. Now available on SparkFun Electronics for $199.99, it includes the bill of materials, PCB layout files, and all required software and firmware (Figure 1). 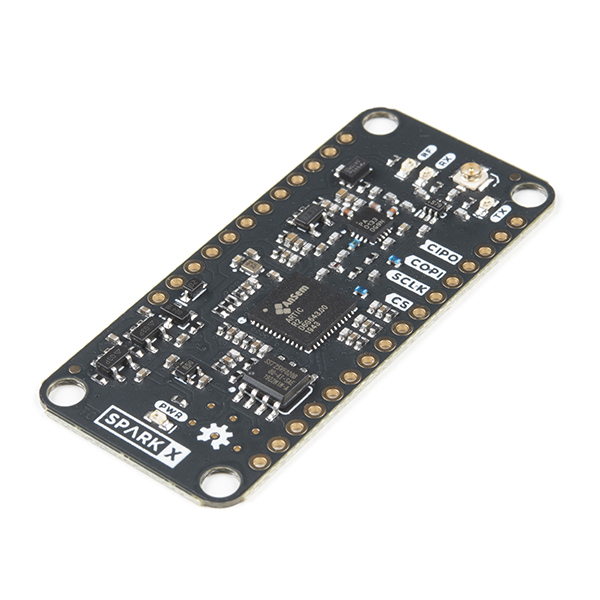 Figure 1. The open-source ARTIC R2 Argos Satellite Transceiver Shield is available for just $199.99 and includes everything needed to build a wildlife tracker or environmental monitoring system that communicates with the constellation. (Source: SparkFun Electronics)

MistyWest began work on the WWF polar bear tracker prior to the availability of the open-source Argos transmitter, but by then their work had revealed key design insights such as the optimal type, size, and placement of the antenna, ways to optimize and extend the tag’s battery life, and more. They were also able to gain valuable knowledge from the CLS Group on Argos satellite telemetry and communications as the two organizations worked in parallel on their respective projects.

Sensor data is transmitted from the tracker to the Argos satellite constellation using a ceramic chip antenna and the 400-466 MHz AnSem R2 transceiver radio mentioned previously. Successfully implementing this RF subsystem, in which the antenna resides inside the tag, was a significant design accomplishment for MistyWest and its partners, as it reduced the system’s footprint and made it more robust (Figure 2). 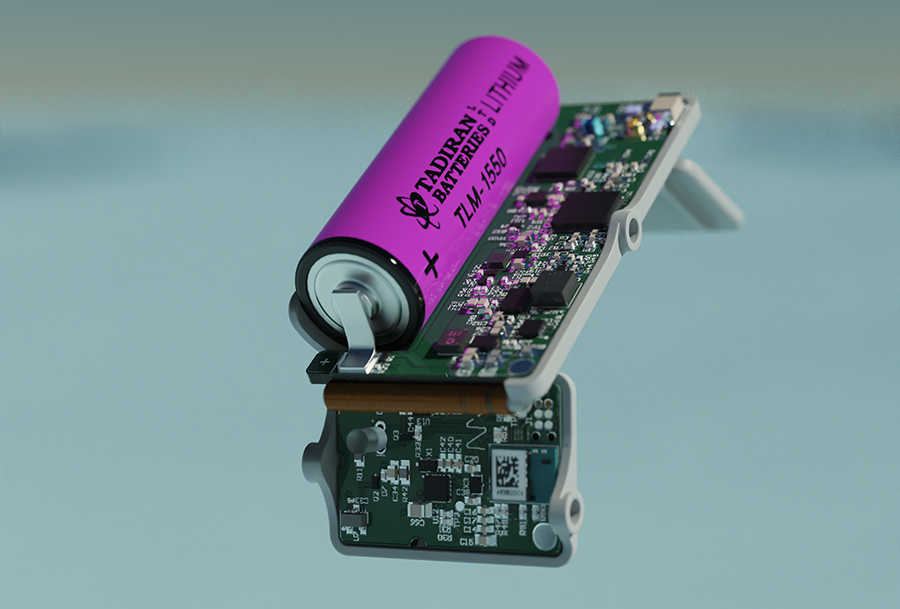 Figure 2. The Argos tracking tag MistyWest designed swaps an external antenna for an on-board ceramic chip antenna to minimize damage or breakage when deployed on polar bears in the wild. (Image Source: MistyWest)

“The lower frequency your radio transmission, the longer your antenna needs to be, so some devices have an 18-centimeter antenna sticking out, which obviously makes it quite vulnerable to breakage,” Lockwood explains.

The AnSem R2 transceiver radios dictate that the trackers operate in an Argos II configuration, which means they transmit data to satellites but don’t receive an acknowledgement back. As a result, tags often repeatedly transmit the same message anywhere between 45-90 times per week to maximize the chances of successfully reaching an Argos satellite.

Depending on this transmission volume, the tag’s battery life ranges from between 4-6 months to up to a year. Lockwood notes this is a potential area of improvement. “Extrapolating that over the year, the result of all these redundant transmissions to make sure we hit the satellite is a lot more power consumption than if we had this two-way communication.”

Perpetual Improvement: Do it for the Bears

The tags designed by MistyWest are currently being tested on polar bears in captivity at zoos so researchers can familiarize themselves with the technology and learn how to view and interpret the data it generates. The goal is to place them on bears in the wild later this year.

But that doesn’t mean the work is done. MistyWest and its partners hope to continue improving the polar bear tracker with the addition of an AnSem R3 chip that would enable message received acknowledgements from Argos satellites. This could potentially eliminate hundreds of outbound message transmissions and, ultimately, reduce power consumption, extend each tag’s service life, increase the amount of captured data, and lower overall project costs.

Other improvements to the system include plans to integrate machine learning that would characterize polar bear activity and behavior more accurately. According to Lockwood, the system would then “be able to detect a lot more and then have to transmit less data over the satellite systems so that you can increase your battery life,” along with being able to discard irrelevant information or filtering transmissions for certain data types.

WWF confirms that the organization and its partners “are working to catalyze development of new technology that will make polar bear research more cost effective, less invasive, and deliver more useful data.” Hopefully continued efforts will help optimize the limited resources available for projects like this and deliver better tracking of polar bears fighting to survive in the wild.