The connected car uses wireless more accurately than you think in advanced driver assistance system (ADAS) applications. Like, down to the centimeter.

Continued from: "The push to process vehicle sensor data."

Although solutions like the CDNN toolkit allow neural networks to run locally on embedded processors, cloud connectivity is required for the most effective AI systems. When connected to a datacenter, new or anomalous information captured by embedded devices during the inferencing process (the process during which targets apply logic outlined by an AI model to make decisions) can be fed back into AI models to optimize them over time.

Aside from that, a main application for connectivity in ADAS and autonomous drive use cases is positioning. For instance, precision global navigation satellite systems (GNSS) are now available in Europe, Russia, and the United States that deliver accuracy down to the centimeter level for applications such as LDW and V2X communications.

The increased precision of GNSS systems can be attributed to updated error modeling techniques, which are used to account for error sources such as satellite orbital position errors, satellite clock errors, and ionospheric and tropospheric interference.

To offset these errors in GNSS systems, private error correction services have historically used observation-space representation (OSR). In OSR, a two-way communications link is used to combine the observations of GNSS reference stations with distance-dependent errors based on the location of GNSS receivers in the field (Figure 1). The corrected errors are then delivered to the target platform as a lump sum, which limits their accuracy. 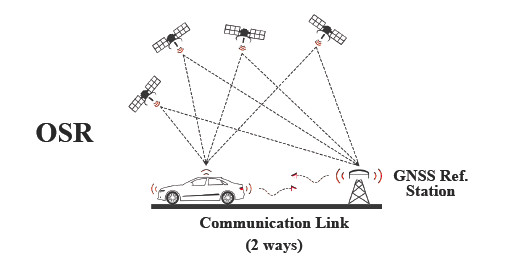 Figure 1. Observation-space representation (OSR) error modeling techniques require a GNSS reference station and two-way communications with a GNSS user in the field. Error corrections are delivered in a lump sum, reducing their accuracy.

By contrast, state-space representation (SSR) relies on a one-way broadcast from satellites directly to an individual GNSS receiver, with only that receiver’s observations accounted for in error correction (Figure 2). Error corrections are also delivered as separate components in an SSR implementation, which combines with the single-source observation to yield the centimeter-level positioning mentioned previously. 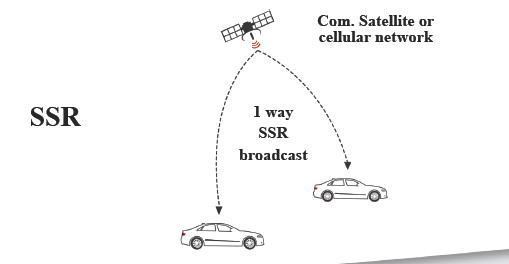 Figure 2. State-space representation (SSR) error modeling eliminates the GNSS reference station and relies only on the observations of a specific GNSS receiver. Error corrections are delivered as individual components to improve positioning accuracy.

But for all of their benefit, correction services do not account for multipath errors caused by the reflection or diffraction of satellite signals as they pass through an environment. To overcome this challenge in automotive safety and other applications that require precise point positioning (PPP), vendors like u-blox have adopted a multi-band approach.

GNSS satellites transmit signals in different bands, including GPS L1 (1575 MHz), GPS L2 (1227 MHz), and GPS L5 (1176 MHz). This is fortunate in the context of PPP because more distortion can be removed from the atmosphere with each additional frequency used.

Dual-band receivers from u-blox will be available in 2018 that take advantage of this phenomenon. As shown in Figure 3, using this dual-band GNSS approach to eliminate multipath errors in conjunction with SSR correction services delivers the positioning accuracy required by safety-critical applications. 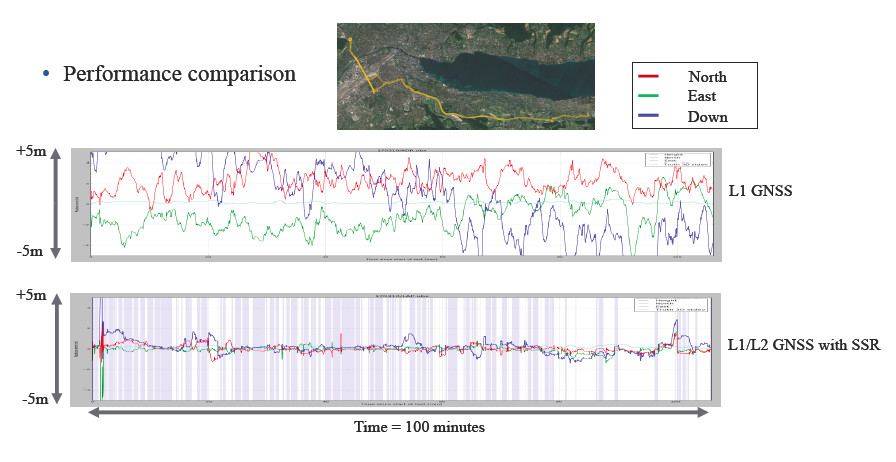 While high-precision GNSS is still somewhat of a niche technology, u-blox projections indicate that the market will mature by 2025. To realize mass-market adoption, however, costs must be reduced from the private GNSS error correction services.

Sapcorda Services GmbH (Safe And Precise CORrection DAta) is a joint venture between Bosch, Mitsubishi Electric, Geo++, and u-blox that will provide precision GNSS positioning services for mass-market automotive, industrial, and consumer applications. The real-time correction data service will be hardware-agnostic, and delivered in a public, open data format. 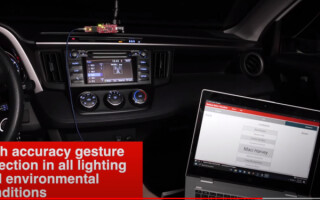