Overcoming the Challenges of 3D Mapping for Autonomous Cars

For autonomous vehicles to progress to their next evolutionary phase, it is essential that vehicles have a more complete understanding of the environment in which they must safely move through.

In particular, to accurately and safely reach a destination, a vehicle needs to understand the available routes. Current technology uses markers placed along the road to help guide the vehicle.

While useful for many applications where routes are predetermined and fixed, such an approach has limitations. The vehicle has to follow a prescribed course and, if there is a problem such as a road closure, the vehicle has limited options for circumventing the problem with an alternative route. Perhaps most importantly, given the cost of deploying road-based sensors, the vehicle is limited in the number of destinations it can autonomously drive between.

Vehicles already have a number of cameras and various distance sensors such as those based on LiDAR. These cameras primarily provide Advanced Driver Assistance Systems (ADAS) with information about the objects located and potentially moving around a vehicle. This makes it possible for the ADAS to perform many tasks, such as alerting the driver if a person or another car is behind the vehicle when the driver is backing up.

Cameras on the vehicle, however, cannot provide all of the information a car needs to be able to drive autonomously in real-time. With access to a prepared 3D map of the environment, however, the vehicle can streamline route processing, support adaptive routing, and increase safety through better assessment of the movement of other vehicles. For example, the ADAS can have awareness of an upcoming intersection, whether it is heavily trafficked or not, and better predict how other vehicles may change lanes or turn with a minimal impact on real-time processing resources.

The Challenge of Building 3D Maps

One of the reasons 3D mapping is useful to autonomous vehicles is because it offloads the need for the vehicle to build its own map in real-time. Building 3D maps is extremely compute-intensive, and using pre-built 3D maps effectively offloads this task from the autonomous vehicle. When a 3D map is available, the vehicle can focus on identifying and tracking objects within the environment rather than having to first scope out the environment so it can then identify objects within the environment.

Building a 3D map requires that a mapping vehicle drive through the area to map and capture data critical for autonomous vehicles. The raw video data will then be processed into a format that is easier for the ADAS to utilize.

There are many challenges to designing a system that can capture the data needed to construct a 3D map:

A Japanese software startup approached Vecow to build a 3D mapping system to support a wide range of autonomous vehicle applications, including self-driving cars, ADAS for passenger cars, golf carts, AMR, AGV, and drones. Vecow worked with the software company to build a custom real-time computing system that would provide the capabilities they needed to overcome the challenges associated with 3D map capture. The result is the ECX-2400 PEG + Dual PE-7004MX. To fit within the space limitations of a vehicle, the system provides the most compact solution with eight X-coded M12 10GigE PoE ports on the market. This was possible through custom design by Vecow engineering experts. At the same design, the system was designed to be extremely rugged to assure reliability in the harsh operating environment of a vehicle. Each PE-7004MX features rugged X-coded M12 connections, a riser card for dual 10G PoE+ cards, a computer chassis with customized I/O, and optimized mechanical design for dual PCIe expansion cards. In addition, all components are rated for extended temperature operation (-25 to 60°C).

Solutions like the ECX-2400 PEG and PE-7004MX are critical to advancement of autonomous vehicle technology. With a rugged real-time AI computing system to build 3D maps in real-time, OEMs will be able to expand the capabilities of autonomous vehicles by freeing them from road-based markers and enabling them to safely and reliably travel all the roads of the world. 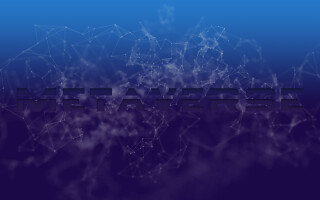