Does your design require robust storage with the performance and capacity of cutting-edge data center solutions but the safeguards of tried-and-true industrial memory? If so, you’ve been looking for the latest release in UD info Corp.’s M.2 2280 PCIe SSDs, the M2P-80DC Series.

M2P-80DC Series SSDs from UD info Corp. feature sequential read/write speeds of 3,300 MBps and 3,000 MBps, respectively, and support storage capacities of 240 GB up to 1.92 TB to bring all the advantages of advanced flash disk technology to high-reliability applications.

On the performance side, this starts with foundational 3D TLC NAND flash technology that can be divided into 512 byte or 4 kilobyte data sectors per the IDEMA standard. The memory exhibits uncorrectable bit error rates (UBER) of less than one sector per 1016 bit reads while allowing up to 3,150 lifetime terabytes written (TBW) on the 1.92 TB SKU. They are also capable of as many as 400,000 random input/output operations per second (IOPS), which combines with x4 NVMe PCIe Gen3 interfaces to eliminate read/write bottlenecks.

On the reliability front, the M2P-80DC Series, which is based on the 80 x 22 x 1.5 mm NGFF M.2 form factor, was transformed from mass-market 3D NAND TLC technology into a robust, industrial-grade storage solution. This starts with extended operating ranges of -40ºC to +85ºC and 5% to 95% humidity. The devices have also passed drop tests of 80 cm free fall, and can withstand 1500 Gs of shock and displacement vibrations of 20 Hz ~ 80 Hz/1.52 mm.

But the crux of the M2P-80DC Series 2-million-hour MTBF is a suite of power integrity mechanisms that help safeguard user data and the storage device itself.

Sudden power loss and power surges are the most common causes of failure for storage devices, and the risk of these events increases in industrial environments. Therefore, the M2P-80DC Series drives include a range of built-in power loss protection (PLP) and other features.

The built-in PLP protects data during the write process in the case of sudden power loss, including the last data that was saved. Onboard polymer tantalum capacitors (optional) maintain a charge for several milliseconds after power loss so that DRAM data can be written to NAND Flash. The SSDs also offer thermal throttling to prevent the overheating of components within the SSD during read and write operations. An on-die thermal sensor and external thermal sensor detect fluctuations in the temperature of the flash and throttling controller. Based on the readings, the controller then throttles device operation to levels that protect the system and ensure accuracy. All these capabilities come at a maximum power consumption of less than 5.2 W and 2.0 W in idle state. Power consumption can be driven down even further thanks to autonomous power state transition (APST), active state power management (ASPM), modes APST, ASPM, and L1.2 power-saving states, the last of which allows all high-speed circuitry on the device to be turned completely off.

Getting Started with the UD info M2P-80DC Series SSDs

To  learn more about this week’s Product of the Week, including details about features like UD info SmartECC™ and SmartRefresh™, check out the M2P-80DC Series SSD webpage or look into the resources below. 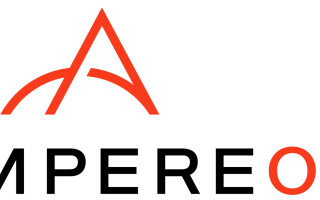