Why Unlicensed Spectrum Networks Are The Key to Innovation

4G and 5G are essential to achieving progression in Industry 4.0.

Connectivity has remained a huge barrier, as many factories are still operating on unpredictable WiFi networks. With the widespread adoption of 5G, the manufacturing sector, for example, is looking to generate an additional $400-$650 billion in global GDP impact, according to research from the McKinsey Global Institute (MGI).

Even though the development of the digital society and Industry 4.0 depends on cost-efficient 4G and 5G services, these networks are not available in many countries. Local governments tend to block access to specific frequencies, which eventually slows down industrial investment and the digital economy.

Let’s examine how enabling a license-free spectrum can lead to increased proliferation of 4G and 5G worldwide, why some government policies are inhibiting this, and how to go about obtaining your own spectrum network.

License-free solutions enable private networks that can be deployed everywhere. The main issues preventing many users from adopting them are interference and regulatory blockages imposed in different regions worldwide. Interferences are a common issue due to competing radio signals and the prevalence of licensed spectrums provided by telecom companies.

Licensed spectrums are used by telecom operators, the army, the police, and other private entities, where the frequency is dedicated to that user. Accessing these spectrums without a license can be met with heavy punishments, as it is viewed in the same way as trespassing. Some governments can exploit licensed spectrums to impose heavy taxes on users, whereas others see them as a way to boost economic growth.

If countries want to accelerate industrial development, they should implement policies that provide easy access to licensed spectrums to small and medium companies.

When comparing the policies on spectrums of countries around the world, it becomes clear that a phenomenon is developing whereby the least developed countries create conditions for slower development. The opposite is true for the wealthiest countries. The proliferation of 5G should provide an opportunity to level the playing field, but due to the power of the telecommunications companies in the lesser developed countries, this is not happening.

Everyone can freely deploy their private low-power 4G network on band 39 (1900MHz) in Japan and the European Union. For a private 5G network on band N79 or N78, there is no additional cost for Japan, whereas there is a small online frequency purchase service in Germany. Therefore, it is no coincidence that these two countries are ranked amongst the world’s top nations for the best 5G signal. Put simply, the most developed countries with the best 4G and 5G coverage are also those with the most open policy for private 4G and 5G.

In China, Vietnam, Sénégal, and the Ivory Coast, there is no easy way for anyone to build their own private 4G or 5G network. In Brazil, some utility companies seem to be able to launch their own 4G network, but it is not an easy task. Generally, less developed countries or those with less 4G/5G coverage restrict access to private 4G/5G networks.

A dedicated Spectrum with no interferences is essential for applications that require a stable radio network, such as robots used in factories. 4G and 5G infrastructure requires the use of a ‘base station’ that is tuned into either Long Term Evolution (LTE) frequency or New Radio (NR) bands. These low-cost, plug-and-play base stations can now be purchased online thanks to vRAN end edge computing, a technology that turns a standard PC into a sophisticated autonomous 4G/5G base station.

If governments can adopt more liberal policies regarding spectrum licensing, they can accelerate the development of their economies. This doesn’t necessarily mean that free licensing has to have no cost at all – online licensing at a fair price is also an efficient approach to optimize the use of LTE and NR spectrums. This setup for spectrum regulation policy would make it much easier for anybody to get a licensed spectrum for private 4G and 5G. 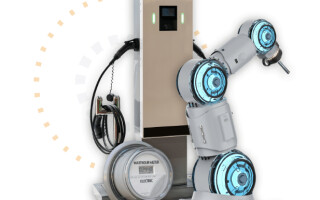