Internet of Things (IoT) development continues to get easier and cheaper as vendors package highly integrated development kits with processing, sensors, connectivity, and software that help engineers of all skill levels get to market faster. Some of today’s kits include enough technology that a single platform can even be used to prototype multiple applications, sometimes in markets as diverse as consumer fitness and industrial automation.

One such kit can now be found on the Development Kit Selector: Silicon Labs’ Thunderboard Sense “inspiration kit.”

The Thunderboard Sense succeeds the Thunderboard React as the second offering in the Thunderboard line of wireless reference design kits, only the Sense introduces multi-protocol wireless support where the React provided only Bluetooth Low Energy (BLE). The EFR32 System-on-Chip (SoC) outfitted on the Thunderboard Sense comes with an integrated sub-GHz to 2.4 GHz radio and ceramic antenna that enables platform connectivity via BLE, ZigBee, Thread, and a variety of proprietary protocols, and also interfaces with the following onboard sensors:

This combination of assorted sensors, multi-protocol wireless support, and the ability to power the Sense from a coin cell battery makes the kit a viable prototyping option for IoT edge nodes such as wearables and flow control monitoring systems, while a companion iOS/Android app allows developers to view, stream, and store sensor outputs in a real-time via a Google Firebase database – just power up the board via USB cable or the provided coin cell, launch the app, and start observing the device’s motion, ambient environmental factors, and controlling the onboard high brightness LEDs. 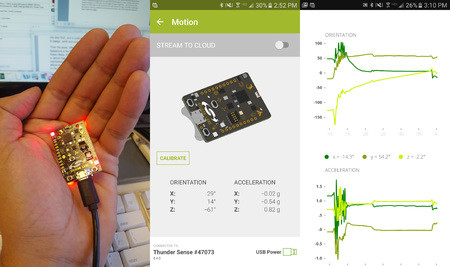 The entire kit is open source, with the board schematics on the Silicon Labs website and the mobile app/cloud data analytics source code available on GitHub.

While the Thunderboard app itself allows for layman data aggregation and analytics, serious developers can program the Thunderboard Sense with Simplicity Studio 4. Among other things, Simplicity Studio’s Energy Profiler feature allows designers to interface EFM8 Sleepy Bee microcontroller (MCU) also present on the Thunderboard Sense for power visualization and code optimization in resource-constrained applications, and a repository of solution builds with preset parameters for markets that include automotive, healthcare and fitness, home automation and entertainment, industrial automation, retail, and smart meters provides an additional leg up where time-to-market is of the essence. 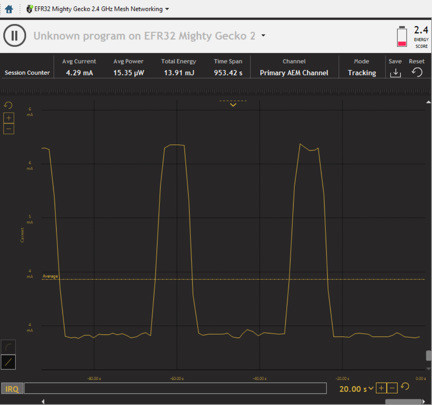 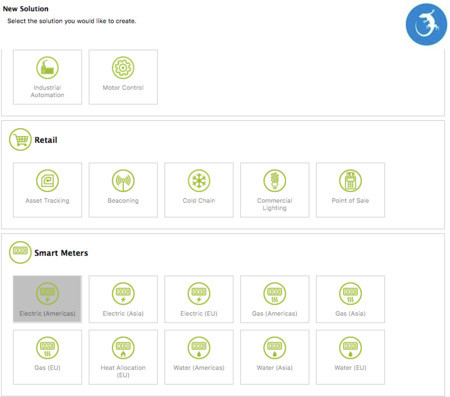 Programming and debug are provided through a SEGGER J-Link JTAG connector and Mini Simplicity connector, the latter of which also permits access to Simplicity Studio’s Network Analyzer for debugging network interference problems and improving the integrity of wireless connections.

The more (Micrium), the better

Although the Sense has a lot to offer, there’s always room for more. I, for one, am intrigued to see if, when, and how Silicon Labs’ recent acquisition of RTOS vendor Micrium will play into kits such as the Thunderboard Sense, as the ability to integrate their networking stacks, probe and analysis tools, and, of course, operating system would get IoT engineers that much closer to adding in their secret sauce on day one.

For now, though, check out the features of Sense and over 40 other development kits in more detail in the Selector.