How Open-Source is the LoRaWAN IoT Community?

One of the few criticisms leveled against the LoRaWAN community is that it isn?t as open as it claims to be.

One of the more positive movements in society has been the growth of organizations serving their industry of interest by creating an open-source development environment. From sports to science, grass-roots groups, clubs, and societies have sprung up to serve their target application spaces. In the embedded electronic design industry, one of those areas of interest is the LoRaWAN community, presented as an open-source development environment serving an unlicensed band of the RF spectrum.

Members of this community range from hobbyists to tier-one manufacturers. Members of the group share LoRaWAN network technologies and protocols to advance development while ensuring security, interoperability, and compatibility. The LoRaWAN community and its flagship organizations like the LoRa Alliance are helping make LoRaWAN one of the core infrastructures in the next generation of the Internet of Things (IoT).

One of the few criticisms leveled against the LoRaWAN community is that it isn’t as open as it claims to be. Although most of the core technologies are open, core aspects of LoRa are proprietary technology. This has caused some to question the true open nature of the solution and its community. To directly address these questions, we took the opportunity at the recent Things Conference to ask some of the people directly involved. 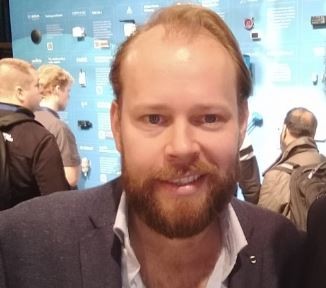 Wienke Giezeman, CEO and Initiator of Things Network
We caught up to Wienke at the conference, and he was very open about the issue presented.

ECD: What do you say to criticisms that the LoRaWAN community isn’t truly open-source?
Giezeman: “In our open approach to IoT, we favor openness over vendor lock-in, collaboration over siloed solutions, and we really believe that if you can share a market, you can multiply it. So, that's at the core of our values. We have a lot of services and products that are either open and free or open source or paid where we apply these principles.”

“We do that for instance for the German railroad organization, where we're helping out building IoT networks in the railway stations. We're doing that with Wilhelmsen Shipping, where we help build IoT networks on top of their large ships. They're shipping Teslas and cars around the world, and they need a lot of condition monitoring. And we're also helping people in the agriculture sector, like tracking cows or monitoring the moisture of their fields.”

“All our API's are open, so there's no IP on the API. This is super important. And also our key management, by design and by contract, implement that security is for security and never lock-in. We believe that a siloed and locked-in approach to the market is not scalable. It's not a happy business, and, it's not going to make money for anybody, or have significant growth in the mid- and long-term.”

ECD: So Weinke, you talk about the open system and the open source and the open community, but there are some people who would say, "Hey, there are some corporations with serious roles within your organization." What would be your answer to that? Like Semtech, for example?
Giezeman: “The LoRa RF protocol that does the radio transmission, is proprietary to Semtech, and if you would benchmark that to any IoT stack, it's very sensible to look at the components and where do you have the lock in risks. If you would evaluate the LoRaWAN stack, you would go through the different components, indeed, and you would see that Semtech is the proprietary owner of that LoRa protocol. If you would look a bit further, you'd see they license it to ST. They made a great announcement embedding it as a sub-gigahertz system on a chip, and that shows that there is multiple choice.”

“If you performed an audit on any other solution that would provide you with similar capabilities, your overall lock in risk across that solution chains, what my analysis in the market is, the overall alternatives have a way higher lock-in. You have a lot of proprietary end-to-end solutions. If you go to Telco, you're gone from SIM card to APN and with a physical lock-in they're in your solution. What you see here is that I think if you benchmark looking at the overall LoRaWAN solution, I'm skewed of course but I think it's the best.”

ECD: So there is a lock-in but it's a very narrow area of the chain.
Giezeman: It's a narrow area and it's an area that requires a huge CapEx investment. The alternative would be either doing it yourself or finding an open-source RF solution. I don't see how that is going to be feasible and also, if you look at what would be the interest of Semtech to leverage that locking, the moment they do that once, they would be out of business.” 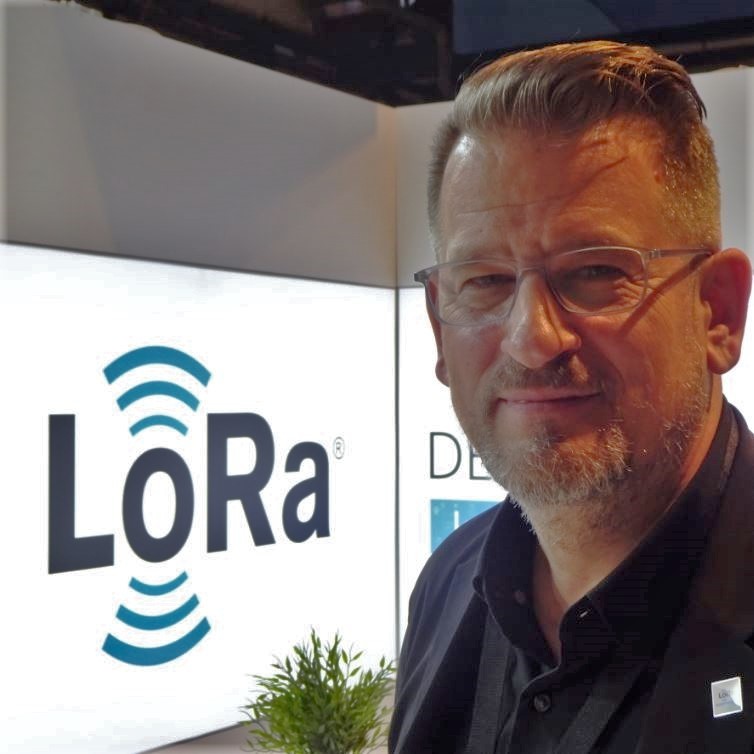 Alistair Fulton, VP and GM, Wireless and Sensing Products Group, Semtech
In addition to talking to the leader of The Things Network to get a handle on the user side, we also talked directly to Semtech at the show.  We met with Alistair Fulton, and talked to him about the origins and future of LoRa as he saw it.

ECD: Looking at the whole infrastructure, when did Semtech realize that LoRA was going to be a big thing?
Fulton: “I would probably say somewhere around 2017, if I'm honest. We acquired the core IP in 2015, and obviously we thought that there was some potential. It was a very interesting proposition, very interesting set of concepts and when we went through the process of building a board, et cetera, I think we started to realize that a low power, long range radio solution like LoRa could offer.”

ECD: Now, we understand ST has just licensed your technology for LoRa, further expanding the ecosystem. Is there anyone else lined up right now to be a licensee?
Fulton: “We're looking at licensing going forward. We have a licensing relationship with Alibaba in China. Those are the two that we've announced publicly. And we see licensing as a really important way to open up the hardware ecosystem. And there are many more companies in the world that have hugely innovative development cycles and this is a way of enabling them to take the strength of LoRa and, frankly, build things that we never thought of and reach markets that we could never reach.”

ECD: The licensing also addresses the detractors who say, well, Semtech's got a proprietary technology involved.
Fulton: I think one of the things about LoRa that actually makes it really strong is that the radio layer, LoRa is homogenous. It's the same IP. And I think our approach is let's maintain that strength because it means that wherever you go, whatever solution you're talking about, fundamentally the radio is the same. But at the same time, we can still enable innovation at the hardware layer by licensing to partners.

ECD: So what's next within the LoRa space for Semtech?
Fulton: I think our main focus is on really simplifying the use of the product. We strongly believe that to make a technology like LoRa truly pervasive, it needs to be accessible to a much broader range of developers. At the underlying functional level, we're looking at how we increase functionality and reduce the physical cost of hardware, by incorporating things like WiFi- and GNSS-assisted geolocation.”

“Beyond that, well, we've talked to some about LoRa 2.4, which is a higher capacity radio technology. It's not LoRaWAN at this point in time. It's LoRa, but we're looking at complimentary technologies to underlying LoRaWAN which is in the sub-gigahertz spectrum, to be able to extend solutions both internationally but also into use cases that require that bandwidth like video processing at the edge, image recognition, and compute at the edge as well.”