Hackaday Superconference 2019: An Incredible Collection of People and Tech

The badges were, of course, a huge focus of the conference, with an entire area set up primarily for badge hacking. While I participated only minimally, this, as well as other activities looked like a 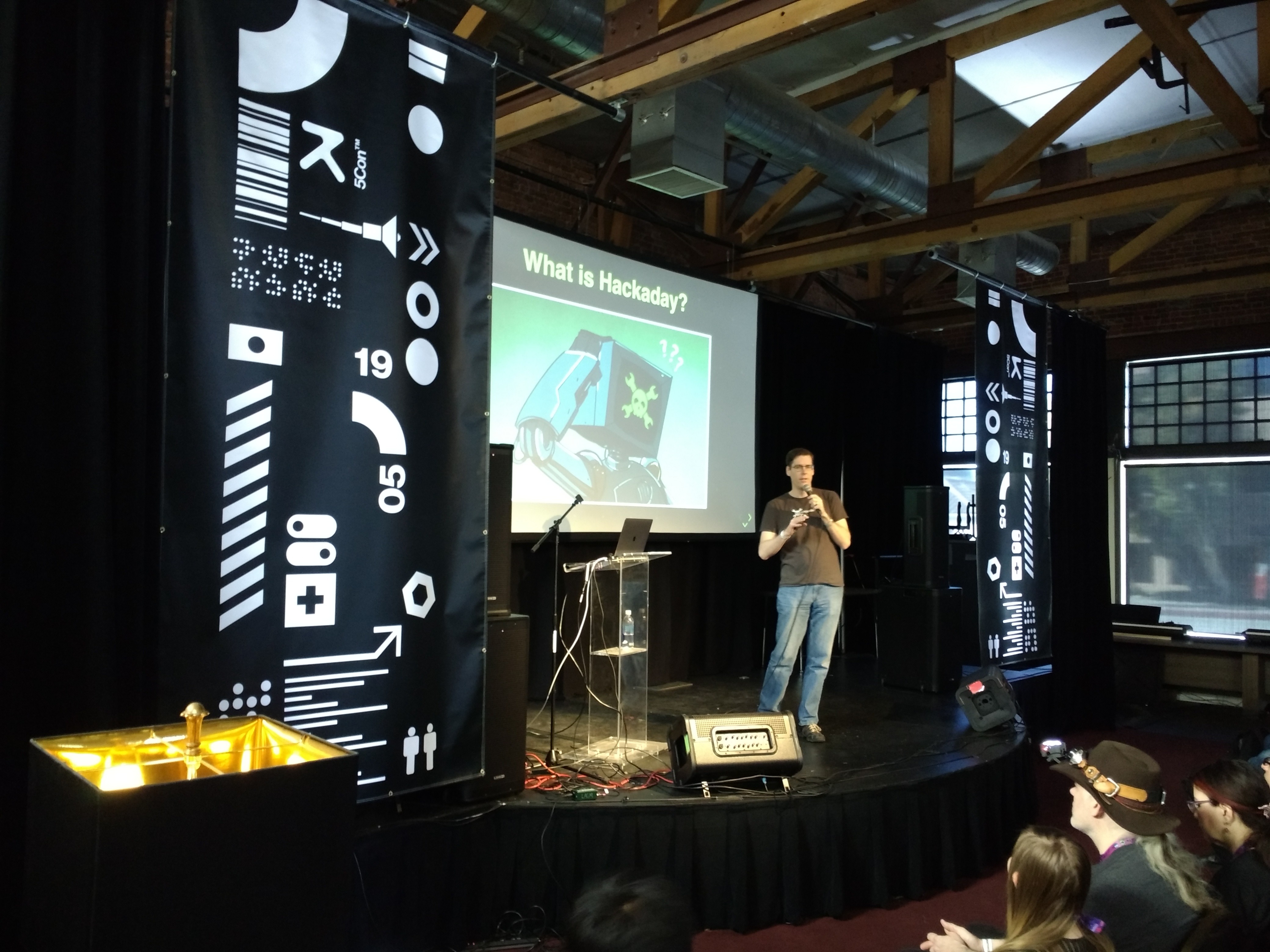 Years ago I started my professional writing career as a part time gig at a little site called Hackaday.com. At the time, the site was a (literally) dark place on the Internet that published a few articles a day about interesting things that people were doing with technology. This could mean hooking up WiFi to a remote controlled car, new advances in 3D printing, or really anything that people were working on that was out of the ordinary.

While Hackaday still has a decidedly dark layout, they now publish many more articles daily and employ a small number of staff full time, along with contract writers that publish a variety of articles, often pulling from their specific expertise. For the last five years they have even put on the Hackaday Superconference, which I finally attended this year, and even gave a presentation on my Strandbeest designs.

Like anything new, I wasn’t quite sure what to expect, but I was immediately struck with how well the event was put on. Things started off with an informal gathering Friday morning, morphing into a party that night. This format was ideal for me coming in from out of town, as I didn’t have any pressure to be somewhere at a certain time, and wouldn’t have to mill about if I was too early either. Lunch, as well as dinner, were both excellently catered, as were other meals on Saturday and Sunday. 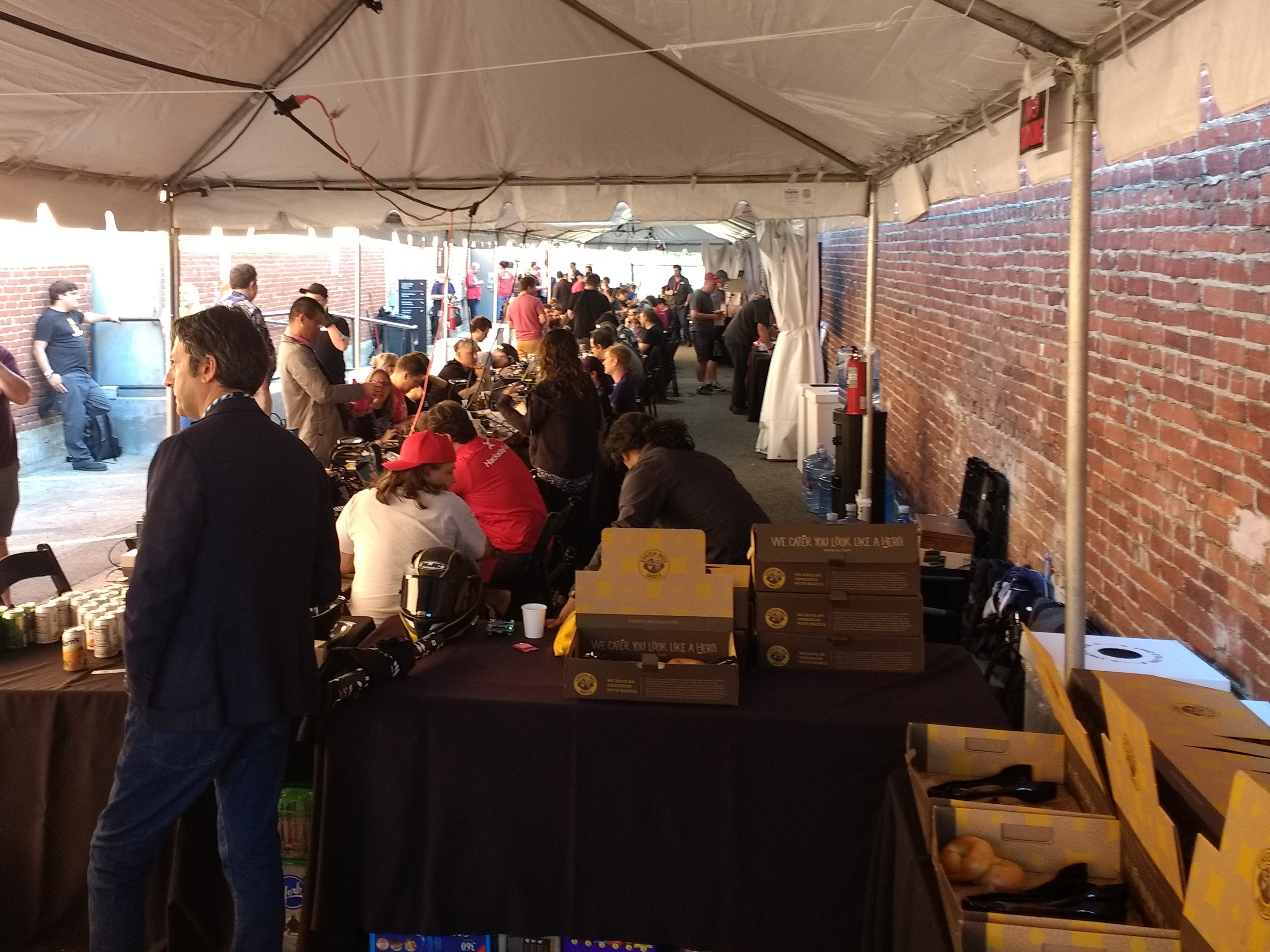 Along with meals, I received a “swag” bag including an amazing badge in a Game Boy form factor with an FPGA running a RISC-V core, along with a second Adafruit Edge Badge, a shirt, stickers, coffee mug, and water bottle. While I received a pass as a presenter, the early bird price of $128 or even the $256 general admission ticket was starting to seem like something of a bargain. The badges were, of course, a huge focus of the conference, with an entire area set up primarily for badge hacking. While I participated only minimally, this, as well as other activities looked like a great way to get literally plugged in to the event, certainly meeting interesting people along the way.

For me, meeting new people was the most interesting aspect of the event, as I work with and write about a wide range of people involved in hardware, many of which were in attendance. While I won’t even attempt to name all of the interesting people I got to talk to—and there were so many—I thought it was especially neat to run into Scott Shawcroft, who was introduced as pretty much being “CicuitPython,” the language that’s used to program the Adafruit Edge Badges that we received. These badges are conveniently set up so that when plugged in you can open up the program as a text file and make modifications, which was good for someone like me who didn’t necessarily want to get into the intricacies of hacking the FPGA badge.

That being said, we weren’t thrown to the wolves with this new FPGA hardware. In fact, the keynote speaker, Dr. Megan Wachs, talked about the intricacies of RISC-V and how it relates to FPGA hardware development, and there were a wide number of resources and talks throughout the conference related to this and other subjects. Workshops were also available for those that wished to dive deeper into certain areas, and several shorter demonstrations (including my own) were presented on different projects. 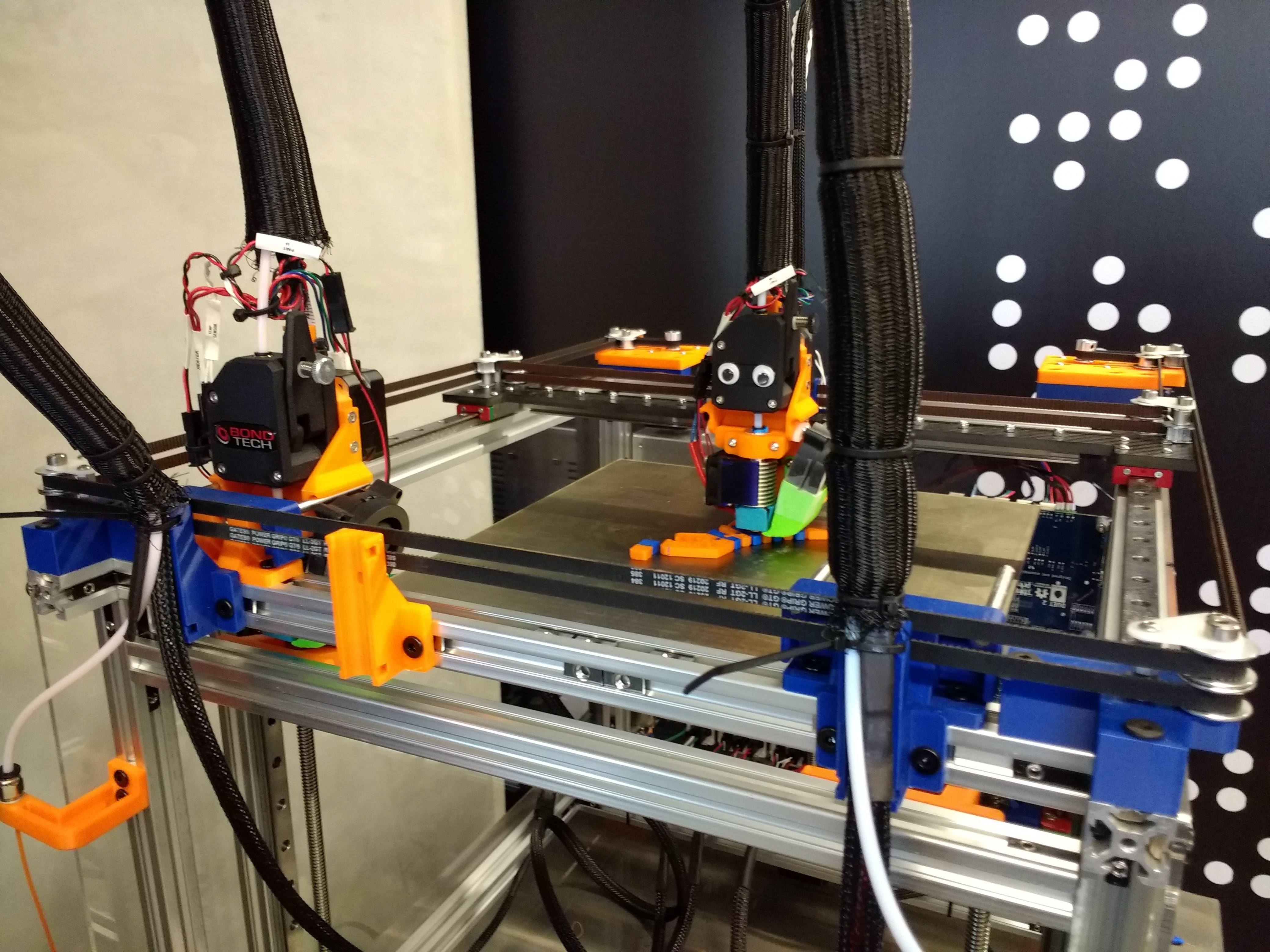 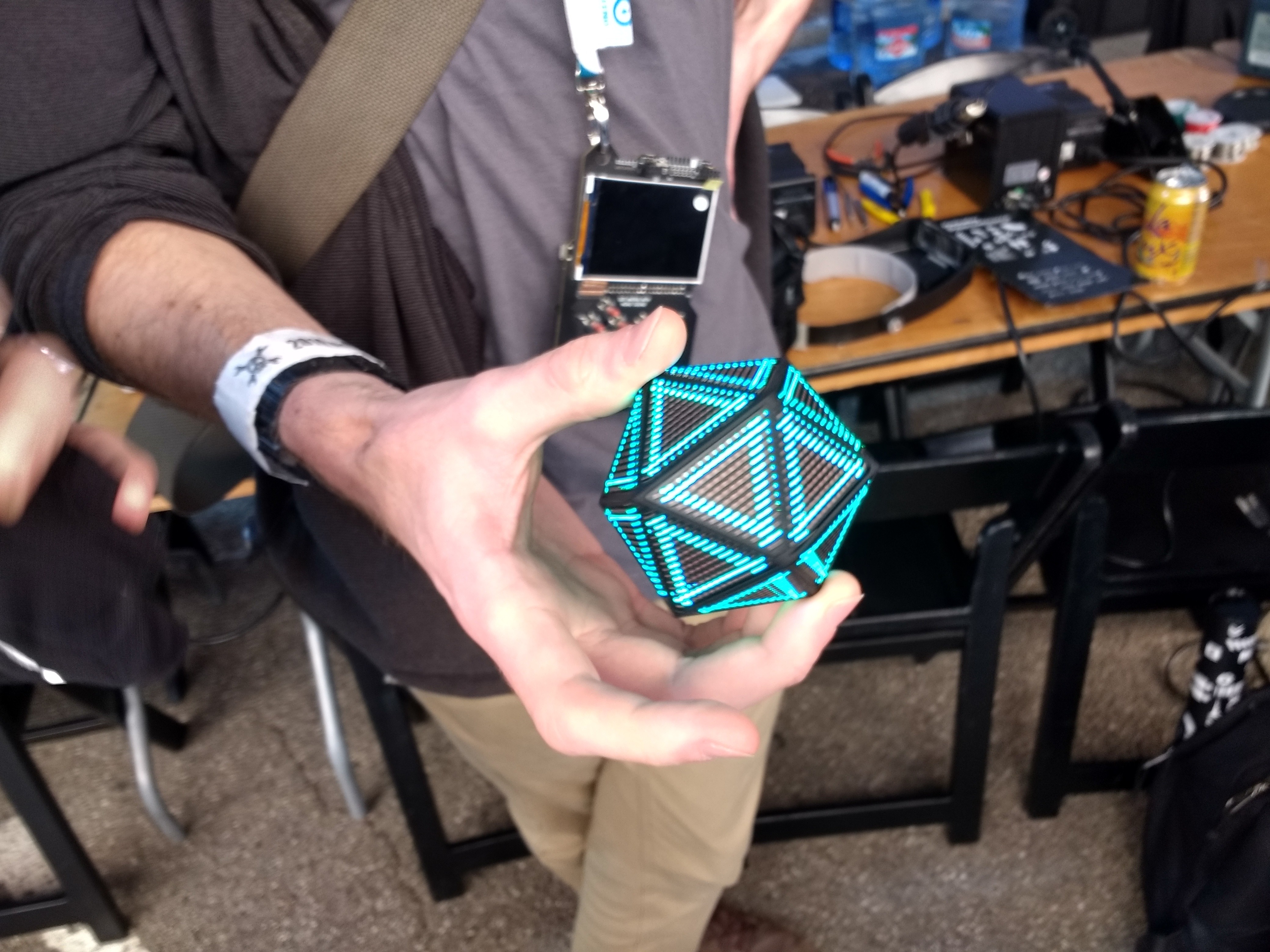 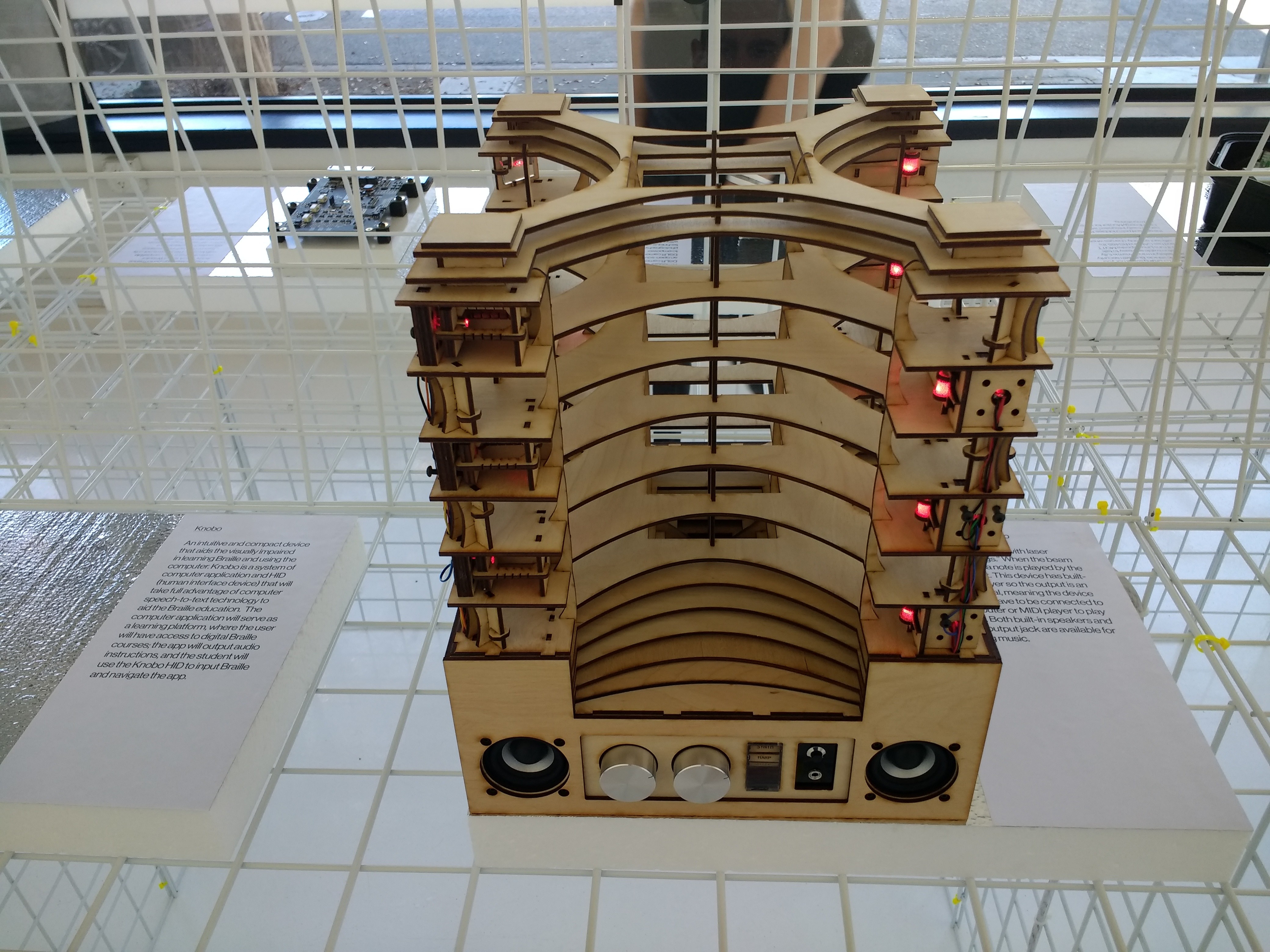 Items you might have seen at Supercon (Image Credit: Jeremy S. Cook)

While there’s nothing like actually being there, you can find many of the presentations from the conference on YouTube, so it’s worth checking out what you might have missed along the way. While I’m not sure what 2020 has in store for the Superconference, 2019 seemed to live up to its claim of being, “...the greatest gathering of hardware hackers, builders, engineers and enthusiasts in the world.” If you weren’t there this year, perhaps it’s worth looking into attending in the future!